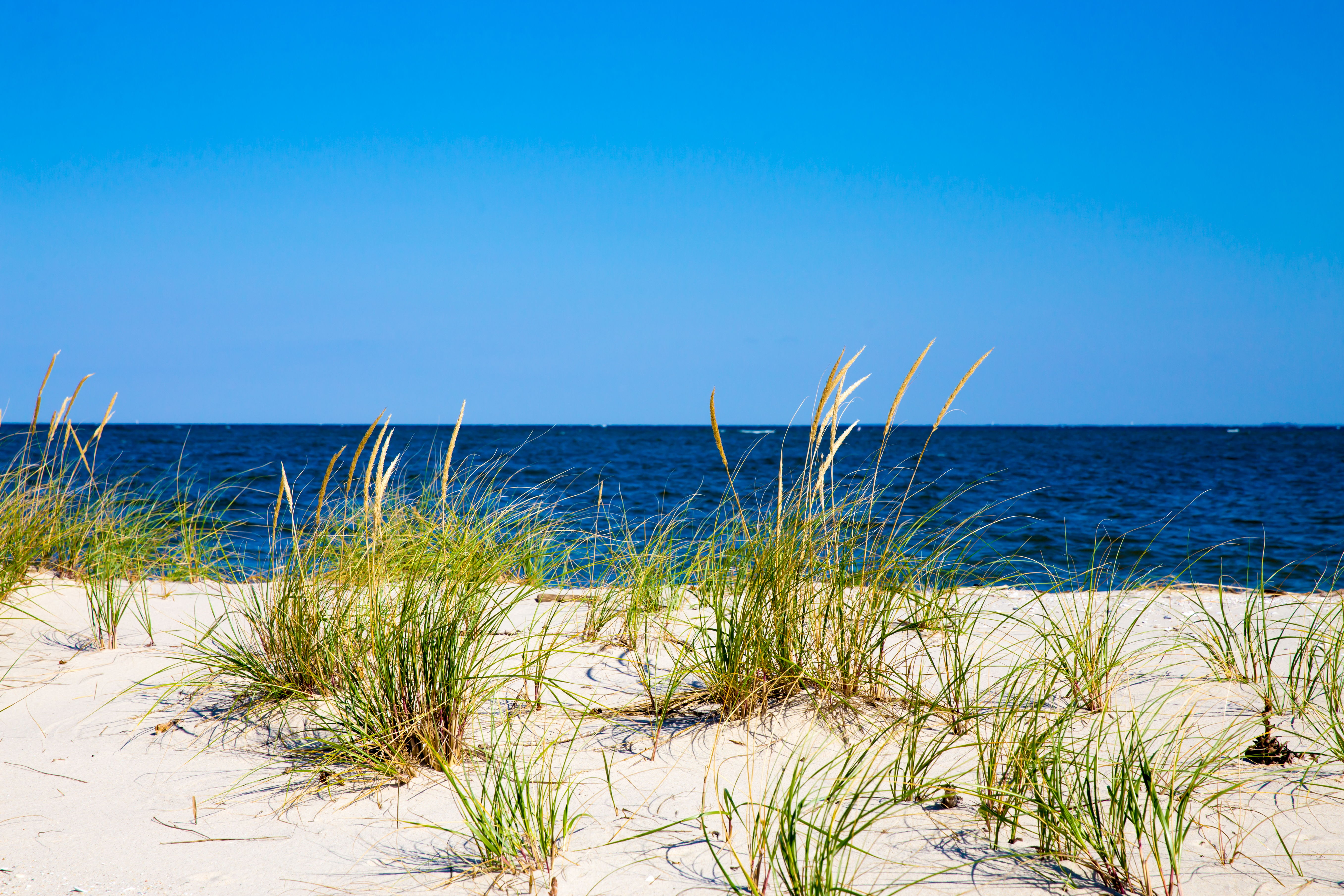 Have you ever visited the North Fork, known by the in-crowd as the “the Brooklyn of Long Island?” The locale’s street cred as the weekend getaway for Brooklyn hipsters was fully solidified when an episode of the dearly-departed “Girls” took place on the North Fork.

If you haven’t been, or haven’t been recently, you need to get yourself there as soon as possible. You’ll find a magical place of makers and artisans of all sorts, incredible farm-to-table restaurants, wineries, craft breweries and distilleries, charming roadside farm stands, and the essential scents of summer in the air everywhere you go.

I made my first trip ever to the North Fork last week on a perfect day in mid-June – it was one of those sun-drenched sky-blue days with only a few picturesque clouds on the horizon, an excellent day for an adventure.

My only regret? That I didn’t do it sooner. The North Fork is a serene, lovely complement to the high-gloss frenzy of the Hamptons, its more-famous neighbor to the south. Foodies and oenophiles in particular should start booking their visits.

Having been an East Hampton habitué since I first moved to New York, I had no understanding of its East End sister across the bay. I’d read a couple of articles about the potato fields, and I had a vague idea that there were some vineyards there, but that was the sum total of my knowledge (I’m ashamed to admit that I used to frequently confuse the North Fork with the North Shore of Boston).

As I headed out the door to make the drive last week, my family kept calling after me: “Where is this place you’re going?”

Dear reader, it’s at the very eastern end of the Long Island Expressway (it’s the land beyond the turnoff to Route 27 to the Hamptons, a vague Neverland that you may have only seen if you missed the turn to Manorville). In total, “the North Fork” refers to a 30-mile-long peninsula in Suffolk County, surrounded by Long Island Sound and the Great Peconic Bay, with Riverhead being the largest population center.

As interstate 495 ends, at first you’ll find yourself on a road surrounded by suburban malls (Tanger Outlets looms monstrously over its neighbors); at that point, you’ll definitely wonder why you came. But don’t turn back. Press on. There’s serious beauty ahead.

After about 10 minutes, the suburban detritus falls away, and suddenly you’ll start to feel calmer. The landscape opens up, the pace noticeably slows, and the leafy green above your head and all around you confirms that, yes, your jail break is complete. You’ve successfully made your escape from New York. You’re in the country now.

Then the roadside farm stands begin to appear. I confess, I have never seen so many of them in such a concentrated space. I am a complete and total sucker for a great roadside stand (see my recounting of my lifelong odyssey for a great fruit pie and you’ll understand what I mean.) One in particular, Bayview Market & Farms in Aquebogue, caught my eye, so I pulled in to investigate. The fragrance that I smelled as I stepped out of the car validated my decision: the combination of fresh-cut grass, vegetables, ripe fruit and flowers was intoxicating. Under an awning were baskets and barrels of every possible kind of produce, and bouquets of fresh herbs and flowers. Inside were baked goods, dairy products, local eggs, more produce and a friendly and welcoming staff. I could have lingered there a lot longer, but I had friends to meet. So I bought a fresh cup of joe and two freshly-baked pies (there’s always time for that!) and then headed on.

In short order I began passing vineyards, and signs noting that I was driving on the “North Fork Vineyard Trail.” Works for me. It turns out that there’s a little Napa Valley on the North Fork. I counted at least 10 wineries on the main road – some that claimed to be award-winning – and signs indicated that there were even more to explore on the side roads (further research reveals that there are about 40 wineries in total on the North Fork.)

I knew that there were vintners in New York, but I thought that the serious ones were all upstate (except for Wölffer, which has totally cornered the rose market in the Hamptons.) I was on my way to visit one in particular: Bedell Cellars in Cutchogue. Our next post will tell you everything you need to know about it – for now, I’ll just say that even if you only made the trip from the city to visit Bedell, it would be totally worth the drive. It’s a stunning place and the wine is incredible.

Happily, though, there’s a lot of fun to be had while you’re in the neighborhood. In addition to prowling a few antique shops, buying flowers at a roadside nursery, snacking your way through several farm stands (you could while away two or three hours just driving up and down sampling fresh-roasted coffee, tomatoes, strawberries, local honey, and white corn), and visiting some tasting rooms along the vineyard trail, you can stop in the charming town of Mattituck for a wonderful meal at Love Lane Kitchen (I highly recommend the mango, chicken and avocado salad or the lobster roll – and the strawberry shortcake is life-changing. Seriously. It’s summer on a plate.)

If you love the Berkshires, or enjoy spending time up-island on Martha’s Vineyard, you’ll love the chill vibe of the North Fork. It’s rural, rustic, unhurried, and sincere. The summer fragrances in the villages and hamlets I visited are from the earth, whereas in the Hamptons, the scent is from the sea.

The artisanal and artistic nature of the North Fork has attracted an interesting set of residents to the community. Notable painters like Elizabeth Peyton and Lisa Yuskavage live there, as do the sculptor Richard Serra and the architect Richard Gluckman (he’s responsible for buildings such as the Andy Warhol Museum in Pittsburgh and the Museo Picasso Malaga in Spain). Several star chefs and food experts own homes there, including Tom Colicchio from Craft and Top Chef, Adam Rapoport, editor in chief of Bon Appetit, and Sam Kass, the former White House executive chef for the Obama Administration. You might spy them at the farm stands and shops nearby.

Even if you normally opt for a more glossy and high-style vacation spot, you might consider taking refuge here from time to time. You can leave your makeup, stilettos, and Goyard bag behind, and just bring your flip-flops, a canvas tote and a funky sun hat. Rumor has it that Martha Stewart, who owns a palatial residence in East Hampton, is frequently seen on the North Fork, where she can shop and hang out without drawing unwanted attention. You go to the Hamptons to be seen – you go to the North Fork to disappear. It’s that kind of place.

There aren’t many places to stay, which is shame, because the sunsets at the eastern tip of the North Fork are legendary. If you do decide to make an overnight visit, two places come highly recommended from our in-the-know friend Trent Preszler, CEO of Bedell Cellars and Founder of the Preszler Woodshop (more about him in a future post, too): The North Fork Table & Inn in Southold, which has a restaurant run by former chefs from Gramercy Tavern and three inviting rooms; and American Beech, a brand-new inn in Greenport that’s right on the water, and walking distance to everything in town (you’ll find a microbrewery in a renovated firehouse there.)

Summer is high season, but there are joys to be had year-round: in the autumn you can pick apples and pumpkins; in December you can cut your own Christmas tree. In the dead of winter, you can curl up in front of the fire at one of the tasting rooms at a local winery.

One last proof point: according to the New York Times, Albert Einstein spent, in 1939, “the happiest summer of his life” in a little cottage in on Nassau Point on the North Fork. He was a pretty smart guy – maybe it’s time to follow his lead.

We’ll return to the secret luxuries of this place in a series of future posts here at Dandelion Chandelier, so stay tuned. In the meantime, we’ve got some flowers to put in a vase, some wine to uncork, and some incredible pies to taste-test. Ready to surrender and truly relax? Two words: North Fork.