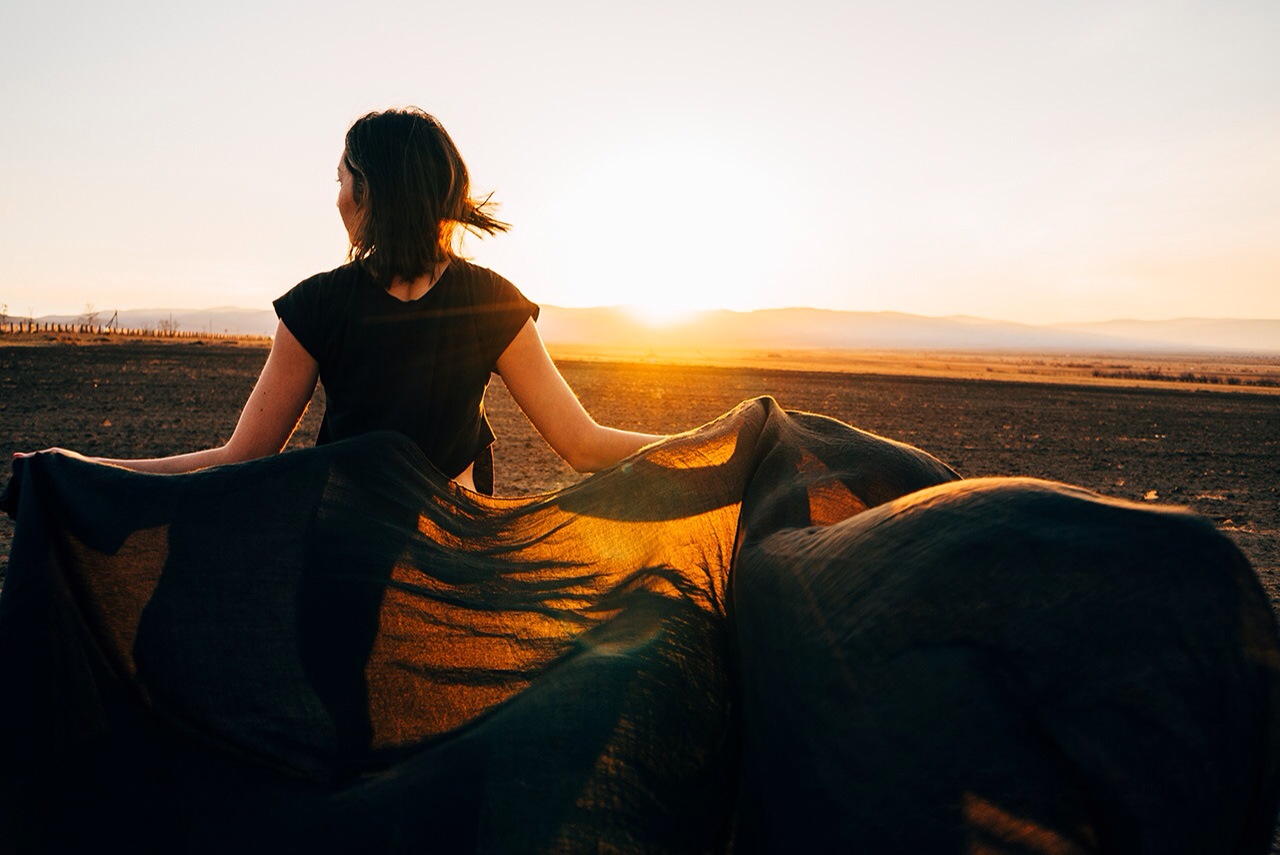 Stargazers of the world, are you ready?

A total solar eclipse is coming to America on Monday, August 21st. For the first time since February 1979, you’ll be able to view a total eclipse from the continental US. There hasn’t been one that crossed both the Pacific and Atlantic coasts of the country since 1918.

So this is kind of a big deal.

Want to see it in style? Here are some ideas from our Dandelion Chandelier Travel Desk about how to make a luxurious long weekend out of this celestial happening.

The path of “totality” (meaning total blockage of the sun for about 2 minutes) will run through Oregon, Idaho, Wyoming, Nebraska, Kansas, Missouri, Illinois, Kentucky, Tennessee, Georgia, North and South Carolina. Because cloudy conditions could eclipse your opportunity to view the total eclipse, we took into consideration what else there is to do in case the skies are uncooperative (you don’t want to go all that way and then be disappointed!) With that in mind, here are 10 stellar locations to consider:

1. Interior Oregon. The Pacific coast might be misty, so you’ll need to head inland for optimal viewing. Madras is a two-hour drive from Portland; there, Mt. Jefferson provides a dramatic landscape to watch the darkness spread. Salem and Prineville are also hosting festivities. Totality: 2 min, 4 sec Time: 10:19a Pacific Stay at: The Nines Hotel, Portland. While you’re there: PDX offers incredible summer outdoor activities, including great cycling, and the Willamette Valley is a paradise for foodies and oenophiles.

2. Snake River Valley in eastern Idaho. Totality: 2 min, 18 sec Time: 11:33a Mountain Stay at: The South Fork Lodge While you’re there: Spend the rest of the weekend fly-fishing, horseback riding or hiking.

3. Casper, Wyoming. The Astronomical League is holding a conference here a few days before the eclipse because viewing and weather conditions are considered to be optimal Totality: 2 min, 26 sec Time: 11:42a Mountain Stay at: The Four Seasons Hotel or the Amangani Resort in Jackson Hole – they’re about 5 hours from Casper, so you’ll have to get up early if you want the best view of the eclipse; the upside is that both are perfect home bases for a long luxury weekend, no matter the cloud cover. The Four Seasons is hosting a private viewing party at Rendezvous Lodge, near the top of the Teton Range. While you’re there: Hike, bike, raft, or hang at the spa.

4. The Sandhills of western Nebraska. Weather conditions are generally good in August at this spot, and if you’ve never been to Nebraska (we haven’t), here’s your chance! The University of Nebraska, and the local communities in North Platte, Alliance and Grand Island will all host viewing events, and if you linger until sunset, you can also see the Milky Way and a near-total dark sky. Totality: 2 min, 30 sec Time: 11:49a Mountain Stay at: The swanky Hotel Deco in Omaha or the recently-renovated Lied Lodge and Conference Center in Nebraska City – both are about 4 hours away from the center line of the eclipse, or the Rogers House Bed and Breakfast Inn in Lincoln, which is 3 hours from the center line. While you’re there: Visit the zoo, botanical garden and art museum in Omaha, or visit Arbor Day Farm, the National Historic Landmark and birthplace of Arbor Day, in Nebraska City.

5. Northern Missouri. The state capital, Jefferson City, is a good viewing site. The regional airport in St. Joseph is hosting a viewing party with educational speakers and solar telescopes. Kansas City is hosting a 5-mile bike ride. Totality: 2 min, 39 sec Time: 1:06 Central Stay At: The Four Seasons Hotel St. Louis, MO – it’s about 2 hours by car to the center line While you’re there: Get your Instagram fix at the Gateway Arch, then take in the rich blues music scene.

7. Central Kentucky. Bowling Green, KY would be a great viewing spot. There’ll also be a big party in Hopkinsville, so if you want to be in a raucous crowd, this might be your place. Totality: 2 min 41 sec Time: 1:24p Central Stay at: The 21c Museum Hotel Louisville, which is about 2 hours away from the center line. While you’re there: Two words: Bourbon and bluegrass.

8. Nashville, Tennessee is the largest city wholly in the path of the eclipse. The center line is 20 miles away, but city-dwellers can still expect almost 2 minutes of darkness. Vanderbilt University is hosting a symposium that day. Totality: 1 min 57 sec Time: 1:27p Central Stay at: The 5-star Hermitage Hotel While you’re there: There’s always something on in Music City: tour the Grand Ole Opry and the Country Music Hall of Fame (channel your inner Johnny Cash); keep your eyes peeled for Taylor Swift, Keith Urban and Nicole Kidman.

9. The Great Smoky Mountains National Park — experts say that even though the totality of the eclipse is likely to be relatively short here, you have an excellent chance of seeing a dramatic moon shadow racing along the landscape. Totality: 1 min, 17 sec Time: 2:35p Eastern Stay at: The 4-Diamond Lodge at Buckberry Creek in Gatlinburg, TN. While you’re there: Hiking, nature photography and a spa visit are all on the menu.

10. Columbia, South Carolina The state capital is squarely in the center line for the eclipse. Totality: 2 min 30 sec Time: 2:43p Eastern Stay at: Everyone adores Charleston, so we suggest making that your home base. The 5-star Wentworth Mansion hotel is a couple of hours’ drive from Columbia. While you’re there: Soak in the architecture, Spanish moss-draped trees, and cobblestone walks of Charleston, then hit the beach.

If you find that your hotel or destination of choice is already full, here are a couple of additional luxury viewing options: Royal Caribbean’s Oasis of the Seas is hosting a seven-day cruise departing August 20th that will position the ship in the path of totality off the coast of Orlando, Florida. You’ll be able to toast the celestial happenings with a Cosmic Cosmo cocktail. Big Mountain Heli Tours in Bend, Oregon will take 36 guests on a fleet of private jets for the “best seats in the house” to view the show — this is perfect for the elite tribe of “umbraphiles” who are known to go to great lengths to see the umbra (the dark shadow cone of the moon sweeping across the Earth’s surface) caused by an eclipse. You can book a pick-up at the private jet terminals in Portland, Seattle, San Francisco or Arizona. For those in the East, you can charter a round-trip private jet from New York City to Canondale, Illinois for four people for $11,000, or from Miami to central Kentucky for $12,200.

Experts say your best chance of good viewing weather is in the West. You’ll have a good idea about a week beforehand about what conditions you’re likely to find in each state on the path.

For safe and optimal viewing, you’ll need eclipse glasses and solar binoculars (go with magnification of 7x or 8x, an exit pupil of 7×50, and pay extra for image-stabilization). If you’re intent on capturing the experience, bring a camera with a telephoto lens and a safe solar filter. The pros remind us that you shouldn’t spend the entire two minutes trying to take a good photo or video, though – make sure you see the celestial sights with your own eyes, too.

If you miss it, your next chance comes in 2024 and then not again until 2045. So plan accordingly. And for business-traveling road warriors, think about your travel plans on this day – we’re guessing that air traffic may be a wee bit chaotic. Maybe stay home and host a viewing party! However you decide to spend the day, we hope it leaves you with a sense of awe.