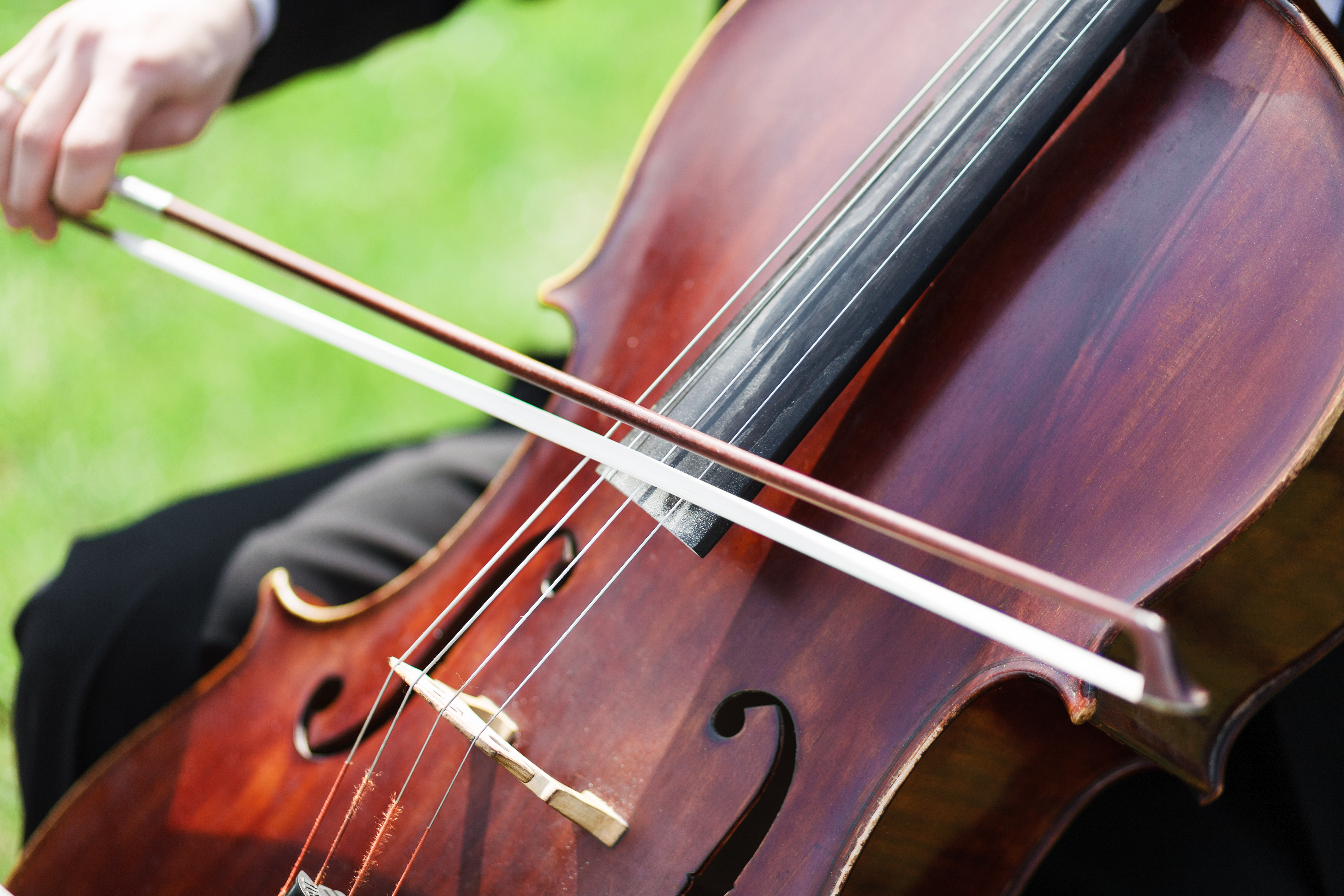 Are you a mélomane? Or perhaps you have one in your family?

We became of aware of this condition – a great love of music, especially chamber music – when one of our friends, a world-class musician who was in town to play with the New York Philharmonic, stopped in to visit a few weeks ago.

He kindly explained that while some people love symphonic performances, for others, the effect is overwhelming – too loud, too impersonal, too distancing. For them, chamber music provides a more intimate engagement with the music.

That intrigued us here at Dandelion Chandelier, so we went digging to learn more. Here’s what we found: chamber music is composed for performance by a small group of instruments—traditionally a group that could fit inside a palace chamber. There is only one performer per part and chamber compositions frequently resemble a conversation among the musicians.

As a result, playing chamber music requires special skills, both musical and social, that differ from the skills required for playing solo or symphonic works. The concerts take place in small settings (an audience of 200 would be considered large for a chamber music performance). It is also common to find talented amateurs preforming at a chamber music concert, rather than solely professional musicians. It’s a more personal experience all around.

While there are many chamber music festivals in interesting performance spaces during the “school year,” (Chamber Music at the Barns at Wolf Trap outside of Washington, DC is one noteworthy one; Bargemusic on the Brooklyn waterfront is another), a passionate subset of culture-loving travelers will soon be crisscrossing the globe attending summer chamber music festivals. Should you be one of them, or if you just want to sample what all the fuss is about, here’s our curated Dandelion Chandelier list of the essential chamber music festivals worldwide in the summer of 2017.

Consider it a complement to our list of the must-see global summer classical music and opera, jazz and ballet festivals. While the large classical music events, like the BBC Proms and Aix-on-Provence feature numerous chamber music performances, the festivals listed below are smaller, and some are exclusively dedicated to chamber music.

Our Mélomane-in-Residence assures us that a visit to any one of these would be well worth your time this summer:

The Rockport Chamber Music Festival in Rockport, Massachusetts, June 2-July 9, 2017, now in its 36th season, kicks off with an Opening Gala with violinist Joshua Bell. Other featured performers include pianists Garrick Ohlsson, Joyce Yang and Russell Sherman; the Escher, Brentano and Jupiter quartets; the Canadian Brass; the Handel and Haydn Society; and The Boston Camerata. A highlight will be the world premiere of David Alpher’s Between Twilights: Seven Songs on Poems of Marsden Hartley on June 24th.

The Norfolk Chamber Music Festival, June 21-August 19, 2017 – at the foot of the Berkshire Mountains in northwest Connecticut – is one of the oldest in the US. In the 1890s, Ellen Battell and her husband Carl Stoeckel, son of the Yale School of Music’s first professor, began hosting chamber music and choral concerts in their mansion. They later commissioned the Music Shed to be built as a dedicated performance space. It opened in 1906, and is essentially unchanged since then – Sergei Rachmaninoff performed there. Upon her death, Battell left a bequest that the facilities be used for Yale University’s summer music school, and as a result, the festival has a dual teaching and performance mission. This summer’s’ artists include the Brentano, Miró and Emerson Quartets; pianists Boris Berman and Peter Frankl; flutist Ransom Wilson; flautist Tara Helen O’Connor; clarinetist David Shifrin; violinists Jennifer Frautschi and Harumi Rhodes; and violist Atar Arad. Several performances are free and open to the public.

Chamber Music Northwest in Portland, June 26 – July 30, 2017, is an annual five-week summer festival founded in 1971; performances are held at the Kaul Auditorium on the campus of Reed College and in Lincoln Hall at Portland State University. This year’s mainstage performances include Romantic works by Chopin; Saint-Saën’s Carnival of the Animals; an evening of works by Eastern European composers including Prokofiev, Shostakovich and Bartok; the Emerson String Quartet; the complete Brandenburg Concertos; and an evening providing an overview of chamber music, from classical to contemporary, entitled From Bach to Twin Peaks: The Chamber Music Spectrum.

The Oregon Bach Festival, June 29 through July 15, 2017, held in Eugene, Oregon, is an annual celebration of the works of Johann Sebastian Bach and his musical legacy, including compositions from Beethoven and Handel. Concerts are held at the Beall Concert Hall on the University of Oregon campus, and at the Silva Concert Hall and Soreng Theater at the Hult Center for the Performing Arts. This year’s highlights include performances of Bach’s St. Matthew Passion and St. John Passion, and Handel’s Hercules.

Madeline Island Chamber Music Festival, June 16-July 22, 2017 in northern Wisconsin is reportedly a favorite of Bill Gates; this year’s performers include the Arianna, Shanghai, and American String Quartets, and the Brooklyn Rider and Fellowship Quartets.

Helsinki Chamber Music Festival, July 4–6, 2017 will be held for the first time in the heart of the old city center, surrounding the Senate Square. The neighborhood’s architecturally unique art nouveau halls, atmospheric outdoor stages in courtyards, and beautiful churches will provide a wonderful setting. Highlights include Franz Schubert’s composition for string quartet Death and the Maiden in D minor; Mozart’s Sonata for Violin and Piano in E minor; and George Onslow’s String Quintet No 15 in C Minor.

The 45th season of the Santa Fe Chamber Music Festival will be held from July 16-August 21, 2017. Founded in 1972, the beauty of the Sangre de Cristo Mountains makes this a particularly wonderful way to experience chamber music. With more than 80 concerts, recitals, master classes, youth concerts, and open rehearsals, this year’s highlights include the opening night performance of Schumann’s Piano Quartet in E-Flat Major with violinist Daniel Hope; Rachel Barton Pine performing in Glazunov’s String Quintet; Schoenberg’s Verklärte Nacht (Transfigured Night); and a newly-commissioned piece, Rooms of Elsinor, by Brett Dean.

Wrapping up the summer season is the Moab Music Festival in Moab, Utah, which will be held this year held from August 31-September 11, 2017. Featuring chamber music, jazz, and traditional music concerts, it is known as “music in concert with the landscape.” Standout options include listening to chamber music performed in a red rock grotto; taking one of the popular Music Hikes (works from the European canon performed deep in the desert wilderness); or taking the Westwater Musical Raft Trip: a 2-night/3-day excursion through the Colorado River’s Ruby-Horsethief and Westwater Canyons. The trip combines a classic whitewater rafting trip with daily concerts by world-class artists in extraordinary settings along the river. We’re totally adding that to our bucket list!

If you can’t get away to attend any of these, the Yellow Barn chamber music center, based in Putney, Vermont, has a novel solution: their “Music Haul” initiative features a converted U-Haul truck that has recently been in New York providing over 20 outdoor performances by over 80 musicians. Recently showcased in the New York Times, the works performed have included compositions from Beethoven, Bach, and Britten, among others. If you can’t make it to the music, the music will come to you.

So if you’ve never attended a chamber music performance – or if it’s been quite a while since your last one – why not make plans to attend a concert this summer? Chamber music has been described as “the music of friends.” Why not invite one or two of yours for a lovely night out? You might emerge a mélomane – and who knows where that might take you?