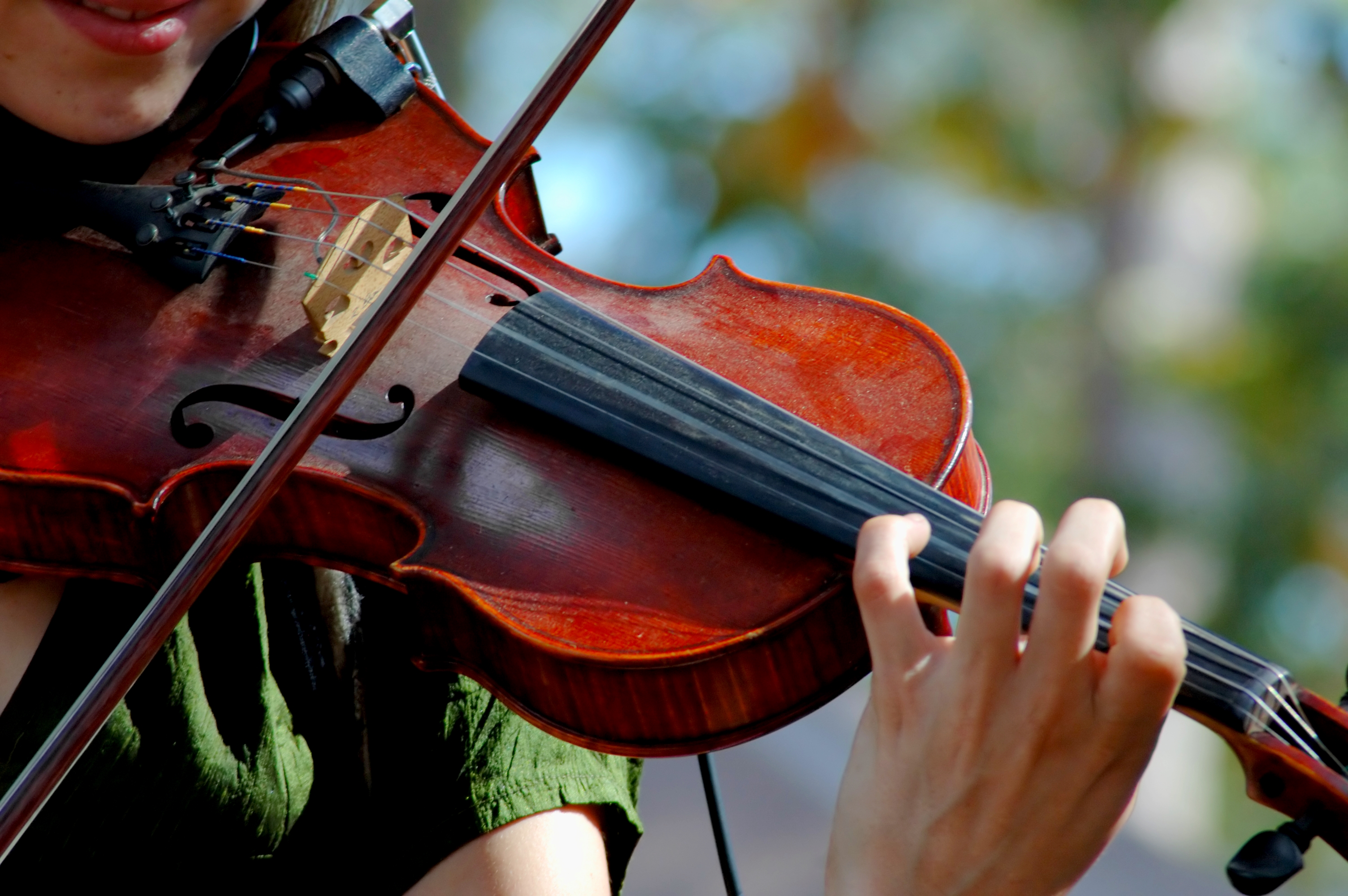 It’s time to plan your summer adventures, and here’s the first in our series of previews of the warm-weather cultural events that the jet-set intelligentsia will be attending in summer 2017.

First up, classical music and opera festivals. Tickets are already on sale for some of these events, some are nearly sold out, and others are just about to become available, so this is a good time to get out your calendar and start scheduling.

Fortunately, we’ve got some experts on music and the performing arts on our Dandelion Chandelier team of correspondents, and they’ve shared their inside information on what’s best-of-breed and what you can skip (special thanks to our Paris Bureau Chief). Here’s our list of twelve not-to-be missed events if you love classical music or opera (the slideshow below will give you a sense for what they’re like):

Glyndebourne Festival Opera, May 20 – August 26, 2017. Held near Lewes in East Sussex under the supervision of the Christie family, this festival has taken place annually since 1934, except during the World War II years. It’s elegant, luxurious and very British. Performances start in the afternoon, and people arrive early, dressed in formal attire, for en plein air picnics on the extensive lawns. A long interval during the evening performances facilitates picnic dinners or a gourmet meal in one of the restaurants on the grounds. This year’s performances include La Traviata, Hipermestra, Don Pasquale, and The Clemency of Titus. Stay at: The Grand Hotel Eastbourne or Gravetye Manor. Don’t miss: The new opera by popular Australian composer Brett Dean, based on Hamlet, a project timed to conclude the ceremonies marking the 400th anniversary of the death of Shakespeare.

Tanglewood, June 18 – September 4, 2017. The summer home of the Boston Symphony Orchestra since 1937, Tanglewood is quite similar in spirit to Glyndebourne – a serene country estate with ample room for strolling and picnics. BSO Music Director Andris Nelsons will lead both the opening and closing concerts: Mahler’s Symphony No. 2, Resurrection, and Beethoven’s Symphony No. 9. There will also be an opera gala with excerpts from Simon Boccanegra, La Traviata, and Eugene Onegin, and the first-ever festival performance of Das Rheingold. Special guests over the summer will include Yo-Yo Ma, Joshua Bell, and the Mark Morris Dance Group. Stay at: Blantyre or Cranwell in Lenox. Don’t miss: BSO Director Nelsons will conduct the Boston Pops Orchestra for the first time, sharing the podium for Film Night with John Williams.

The Aspen Music Festival, June 29-August 20, 2017, will explore the theme of “enchantment” through the lenses of myth, fairy tales, magic spells, forbidden love, and transformation. Highlights will include Zemlinsky’s The Mermaid, Symphonic Fantasy (July 23); Rimsky-Korsakov’s Scheherazade (July 26); Stravinsky’s Petrushka (August 16) and Firebird Suite (August 6); Mozart’s Overture to The Magic Flute (July 7); Prokofiev’s Symphonic Suite from The Love for Three Oranges (July 14); and Debussy’s Prelude to the Afternoon of a Faun (July 15). Stay at: The Little Nell or the St. Regis. Don’t miss: Christopher Theofanidis’s Dreamtime Ancestors, based on an Australian aboriginal myth – July 30.

The Santa Fe Opera Festival, June 30 – August 26, 2017. The Santa Fe Opera’s 61st season will feature five new productions, opening with Johann Strauss’ Die Fledermaus. Other notable performances include Lucia di Lammermoor, Alcina, and The Golden Cockerel.  Stay at: The Four Seasons Resort Rancho Encantado or the Rosewood Inn of the Anasazi. Don’t miss: The world premiere of the new opera The (R)evolution of Steve Jobs, which according to the company’s press release “will consist of scenes that span the entirety of Steve Jobs’ life and make use of electronic sounds and acoustic guitar picking.”

Shanghai, July 2-July 8, 2017: The New York Philharmonic will visit China for its third annual Shanghai performance residency. This wil mark Maestro Director Alan Gilbert’s farewell to Asia as the Philharmonic’s Music Director. The orchestra will perform works from Brahms, Dvorak and Mahler at Shanghai Symphony Hall, and the musicians will lead master classes, lessons and coaching sessions. There will also be a Young People’s Concert and a Very Young Composers workshop. Stay at: The Fairmont Peace Hotel. Don’t miss: Wynton Marsalis’ Jazz at Lincoln Center Orchestra joins the NY Phil on July 7, performing the Asian premiere of Marsalis’ symphony The Jungle.

Aix-en-Provence, July 3-22, 2017. The Festival International d’Art Lyrique d’Aix-en-Provence has been held each summer since 1948. Devoted mainly to opera, it also includes concerts of orchestral, chamber, vocal and solo instrumental music. Performances are given in a variety of locations, including the Théâtre de l’Archevêché (in the courtyard of the former Archbishop’s palace); the Jeu de Paumes (a restored 18th century theatre); and the Théâtre du Grand Saint-Jean, on the grounds of a chateau. This summer’s program focuses on freedom of thought and expression, and will feature The Rake’s Progress, Carmen, Don Giovanni, Eugene Onegin, and concerts from the Orchestre de Paris. Stay at: The Hotel Le Pigonnet. Don’t miss: The world premiere of the opera Pinocchio by Philippe Boesmans and Joël Pommerat.

The Hollywood Bowl, July 6 – September 14, 2017. The summer home of the Los Angeles Philharmonic has been, for more than 90 years, this open-air amphitheater with 17,500 seats and distant views of the iconic Hollywood sign. As with many of its peer orchestras, the LA Phil keeps the seats filled by performing the scores from several movies during its residency outdoors (it is Hollywood, after all). The season starts with a performance of the score to Harry Potter and the Chamber of Secrets, then moves on to more traditional classical fare every Tuesday and Thursday evening, including works by Beethoven, Wagner, Vivaldi, and Rachmaninoff. Yo-Yo Ma stops by mid-summer to perform all of Bach’s suites for solo cello. Stay at: The Beverly Hills Hotel. Don’t miss: LA Phil Music & Artistic Director Gustavo Dudamel conducting Beethoven’s Symphony No. 9, Holst’s The Planets, and Mozart’s Requiem.

Glimmerglass, July 7-August 19, 2017. The Glimmerglass Festival in upstate New York focuses on musical theater and opera – it opens its season with a production of George Gershwin’s Porgy and Bess; the other productions are Rodgers and Hammerstein’s Oklahoma! (which makes its Glimmerglass debut); Handel’s Baroque Xerxes, directed by Tazewell Thompson; and Donizetti’s rarely-heard bel canto opera The Siege of Calais (L’assedio di Calais). Stay at: The Otesaga Hotel in Cooperstown. Don’t miss: The world premiere of Stomping Grounds, a newly commissioned piece from Paige Hernandez and Victor Simonson that tells the stories of refugees, immigrants and natives through a blend of hip-hop, spoken word and opera.

Ravinia, July 11-August 20, 2017. The Chicago Symphony Orchestra plays an annual 18-concert summer season at the Ravinia Festival. This year’s highlights include Christoph Eschenbach conducting Mendelssohn’s Violin Concerto and Symphony No. 5 (“Reformation”), and Susanna Mälkki conducting Sibelius’ Violin Concerto. There will also be live music played at film screenings for The Lord of the Rings and La La Land. Stay at: The Four Seasons Chicago or The Ritz-Carlton Chicago. Don’t miss: The concert to celebrate the 70th birthday of composer John Adams, when conductor Kent Nagano makes his Ravinia debut with pianist Nikolai Lugansky, performing Adams’ Harmonielehre (The Book of Harmony).

The BBC Proms, July 14 – September 9, 2017. Founded in 1895, this eight-week summer festival of almost 100 classical music concerts is held in the Royal Albert Hall in central London and in Chelsea’s Cadogan Hall. This year’s First Night opens with the world premiere of St. John’s Dance by rising British composer Tom Coult, and also features John Adams’s Harmonium. Award-winning pianist Igor Levit is the soloist in Beethoven’s Third Piano Concerto. Stay at: Hotel 41 or The Goring. Don’t miss: The Last Night of the Proms, which always draws a devoted crowd; Nina Stemme, the world’s greatest living Wagnerian soprano, will lead the festivities, which traditionally conclude with the singing of Auld Lang Syne.

The Salzburg Music Festival, July 21-August 30, 2017. The birthplace of Mozart will be the site of four opera productions from the Vienna Philharmonic this summer, including “Aida,” conducted by Riccardo Muti and sung by Russian superstar Anna Netrebko. New festival director Markus Hinterhäuser has programmed exclusively new productions, including La clemenza di Tito and Wozzeck. Stay at: The Goldener Hirsch Hotel. Don’t miss: Verdi’s I due Foscari sung by Plácido Domingo.

Lucerne Summer Music Festival, August 11 – September 11, 2017.  One of our favorite places in all of Switzerland is home to an international music festival first held in 1938, when Toscanini directed a gala concert in front of Wagner’s home. This year’s theme is “Identity,” and the program includes performances by the Lucerne Festival Orchestra, the Berlin and Vienna Philharmonics and the Chamber Orchestra of Europe. Stay at: The Hotel Schweizerhof. Don’t miss: Performances of all three of Monteverdi’s surviving operas: L’Orfeo, Il ritorno d’Ulisse in patria, and L’incoronazione di Poppea.

There are many other fun things to do at all of these sites, so if you can, take a few days off and soak up the local culture in every way, not just via the music. But even if you just slip away for a day or two, it’ll still be restorative. Because it’ll be summer! And the sound of music is somehow even sweeter that time of year.