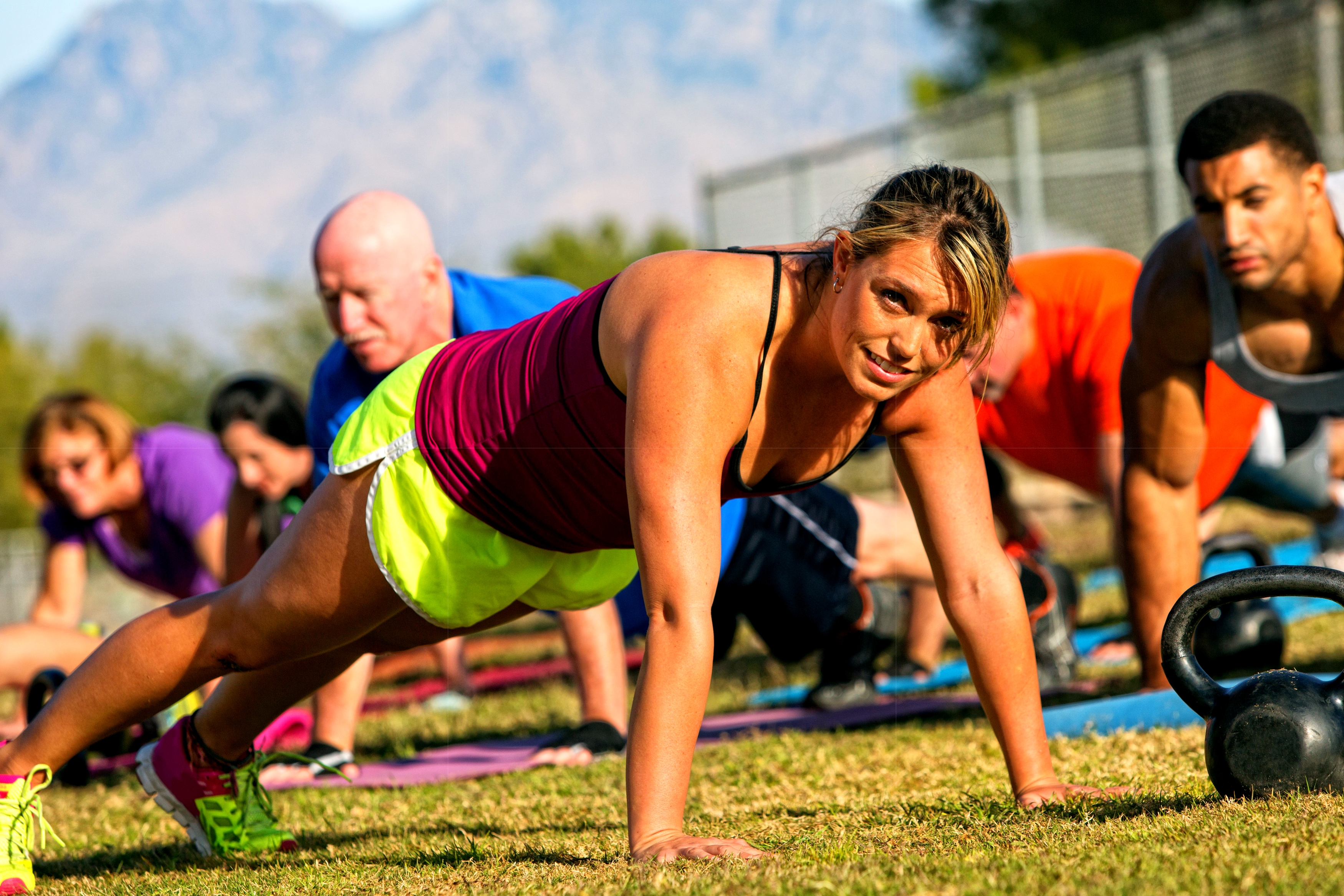 You realize that beach season is a mere 5 weeks away, right? How’s that New Year’s resolution to lose some weight going?

If you’re at your goal weight, congratulations, you gym bunny, you. If you’re like most of us here at Dandelion Chandelier, though, you may have done a bit more slacking off since the start of the year than was wise (an entire box of Valentine’s Day chocolates, a few too many beers on St. Patrick’s Day, and more Easter jelly beans than were strictly necessary). You may now be staring down a drawer full of swimwear, clad in which in your current state you would be laughable. And un-photographable.

It’s time for an intervention, and the first idea we have to share with you is heading off to a luxury weight-loss boot camp. When you need to pull it together, and fast, our elite friends (both male and female) have told us that this is by far the best way to get the job done. Many of them swear that going to these places once a year means that you’ll never have to diet in-between visits. Every time you creep over your goal weight, just head in for a tune-up.

So where do the members of the C-Suite, multi-millionaire class go when the beach, the red carpet, or the boardroom are calling and they have to get rid of 5-10% of their body weight, pronto? It all depends on their idea of what constitutes luxury. Some are looking for an extreme mad-crazy detox; others want a more old-school luxury experience with some weight loss thrown into the mix, and a third group loves the outdoors and is looking for sporty options to up their fitness level before their moment in the spotlight.

Our team of far-flung correspondents has weighed in (no pun intended), and this is part one of a three-part series on what they recommend (I’ve taken the liberty of adding a few thoughts of my own, too).

First up in the series: offerings for the truly hard-core (aka those in search of a “starvecation”). If you’re already fit; exceptionally tough-minded; or just looking for self-flagellation opportunities as penance for being too slothful all winter, here are six perfect options:

The Ranch at Live Oak in Malibu, CA. The Hollywood glam squad is devoted to this place. Set on 120 acres with an organic garden, a saltwater swimming pool, and a “massage village,” the accommodations are lux, and the regimen is ultra-intense (it’s aptly been described as a “tough-love” approach). The seven-day “no options” program centers on four-hour hikes every day (yes, you heard that right). It’s augmented by fitness classes, yoga, massages, and a super-clean menu (meat, caffeine, alcohol, sugar, gluten, processed sugars and artificial sweeteners are all prohibited, and you’re allowed only 1,400 calories a day). Reporters who have covered the experience as journalists tell of six-almond snacks, hallucinations, and daily bouts of nausea. Wow. Guests must hand over their phones and other electronic devices, so the detox is digital, as well. The pampering, such as it is, involves daily massages, naptime, and your own private cottage stocked with luxury linens and limestone baths. Participants usually lose three to six percent of their body weight. The cost is $6,800 to $7,200, depending on the season. Too much for you? The “4.0” program is only 4 days, it’s in a Four Seasons Hotel, and you can keep your smartphone. The cost? $4,100.

The Ashram in Calabasas, CA. Nestled in a secluded valley in the foothills of the Santa Monica Mountains, The Ashram is a weeklong high-intensity fitness retreat that provides a marked alternative to the lush accommodations at The Ranch. It is seriously rustic: we’re talking shared bunks and showers. Only a dozen or so guests are allowed in each program cycle, which is filled with rigorous hikes, gym and dance classes, yoga, Pilates, strength training, and a vegetarian menu. Phones, Internet, and TV are prohibited. Despite the deprivation (or perhaps because of it) it’s usually booked solid nine months in advance. I know a senior hedge fund guy who swears by this regimen and goes religiously once a year. $5,200 per week.

Groundsea Fitness in Great Barrington, MA is the East Coast newcomer to this genre. Three female devotees of the Ranch and the Ashram who found trekking to the West Coast twice a year too onerous, given their other responsibilities, launched a 4- or 5-day program in the Berkshires. Currently limited to only 11 guests, the program mimics the rigorous hiking of its West Coast cousins, but is a wee bit friendlier (laptops and caffeine are allowed, eggs are on the menu, and there’s cell service). For now, guests stay at the Mountain House, a private estate that the program rents as needed for its retreats (a permanent home should be in place by the end of this year). A five-day retreat is $6,000.

Lanserhof Lans in Lans, Austria is for those looking for a European-style detox. Created in 1901 by Franz Xaver Mayr, an Austrian doctor who was prescient in his focus on “gut health,” the regime is – if such a thing is possible – even more demanding than its US counterparts. Stays are a minimum of a week (two weeks is the preferred visit), and during that time, guests are assigned one of six food intake levels, all of which are extremely Spartan (and all of which involve drinking Epsom salt first thing in the morning, eating locally grown potatoes at lunch and taking lots of vitamin supplements). Part of the “cure” is chewing each mouthful 30-40 times. Yikes! Treatments are plentiful, and include massage therapy, sleep monitoring and cryotherapy, and as with all of these boot camps, devotees swear by the results and return again multiple times to maintain their weight loss. $3,575 for one week.

For a British take on detoxifying, there’s the Raw Retreat in Cornwall, UK. Set in the bucolic English countryside, it offers bespoke programs for each guest – which include juice fasting and raw food – with the goal of holistic health. Guestrooms are in a barn outfitted with a log-burning fireplace, high-tech amenities, and a private garden. Daily options include coastal treks, one-on-one yoga, hydrotherapy, hikes, and swims as well as blood analysis and colonic irrigation. The spa reports an average weight loss of seven pounds per seven-night stay. Rates start at $2,670 per person a week.

Finally, if Asia is your desired destination, in Lipa City, Philippines, The Farm at San Benito will whip you into shape via energetic jungle treks and a strict diet of raw vegan cuisine at its award-winning Alive! Restaurant (before you transfer to daily detoxing juices designed to speed-up weight loss). Treatments range from acupuncture to colonics and cupping, and there are holistic therapies including salt baths, Tibetan steam therapy and reflexology. Considered a top raw food destination, it’s also eco-friendly. Prices start at $1,995.

Our next installment will focus on destination spas that slightly less intense (or fit) luxury-seeking types (and I count myself among them) gravitate to when it’s time to get serious about getting into shape. But you gung-ho types should lace up your hiking boots and polish off that handful of almonds: Beach Day is T-minus a month and a week, and the clock is ticking. Game on!

4 comments on “What are the Best Luxury Boot Camps for Losing Weight?”