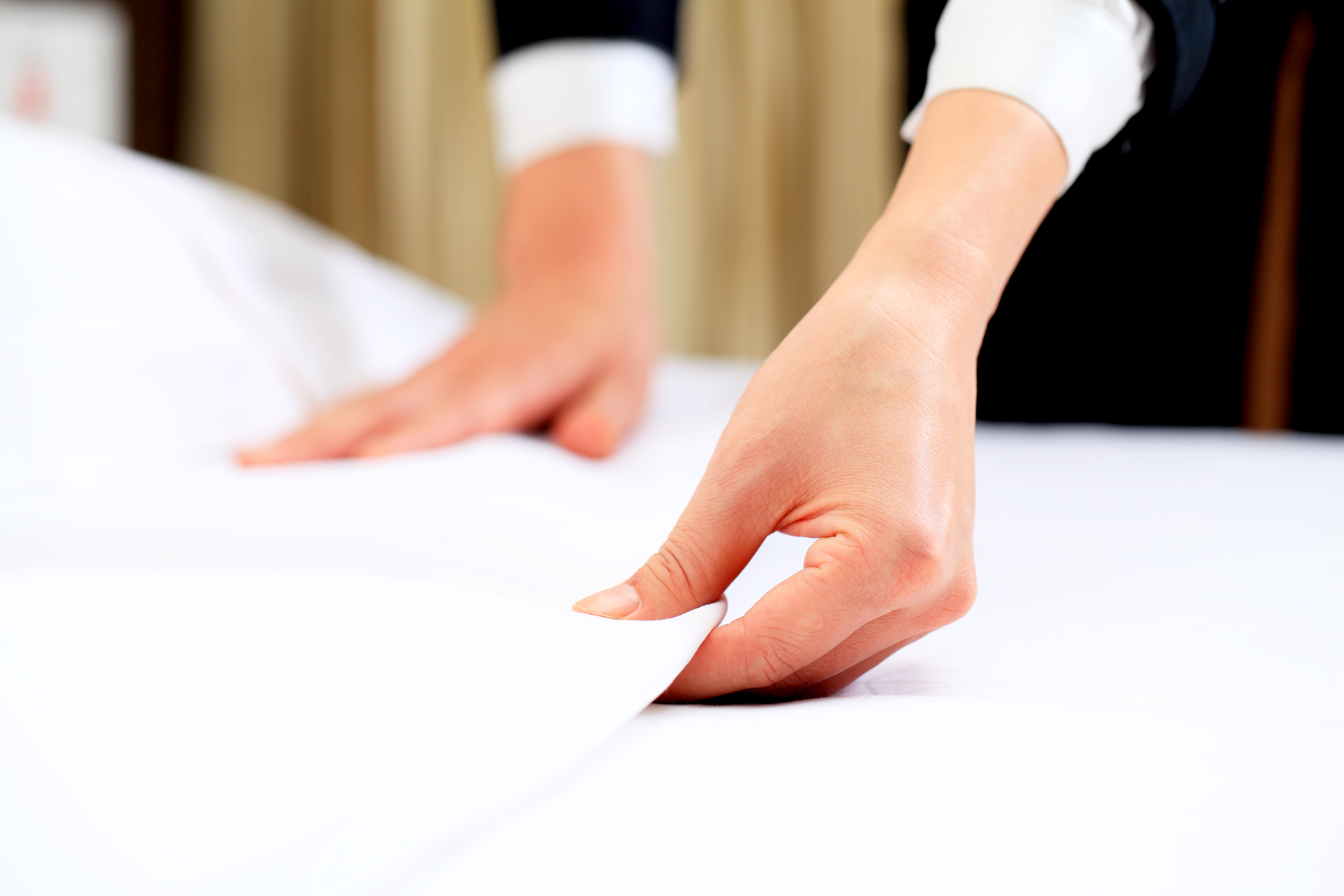 Have you noticed that all of a sudden the decision to make your bed every morning or not has become a litmus test for the kind of person you are? It’s actually a Thing now.

Here at Dandelion Chandelier, we’ve observed that in the past two weeks, three new books have been published about this topic: one passionately in favor of the importance of doing it, and the other two just as passionately opposed.

We had no idea that this was such a pressing matter. But now that we know, Dandelions, we thought that we should present the opposing arguments to you in a fair and balanced manner, so that you can decide to which tribe you belong (and to which you aspire to belonging): the made or the un-made.

This is right up there with whether or not you like the Pats, so we hope that no families will be broken up when the dust settles on this one. And before we begin, let’s just note that saying that someone looks like an unmade bed is never a compliment.

On the you-must-make-your-bed side, we have William H. McRaven, author of – wait for it – “Make Your Bed: Little Things That Can Change Your Life . . . and Maybe the World.” In a recent book review in the Wall Street Journal, we learn that he’s a retired Admiral and Navy SEAL who oversaw the Bin Laden raid and was promoted to command all of the U.S. Special Operations Forces during the Obama Administration. So the gentleman knows of which he speaks. His book is an expanded version of a commencement speech that he gave at his alma mater, the University of Texas-Austin, in 2014 (the speech was viewed online more than 10 million times).  In it, he suggests doing 10 things, the first of which is to make your bed every morning.

Why? “Because when you accomplish one thing early in the day, you’ll be motivated to achieve more.” Fair enough. However, we’re guessing that only a man could think that making the bed is the one thing that can be considered an “accomplishment” before leaving the house in the morning. We consider it a Herculean achievement that we emerge victorious every day showered, hair combed, make-up on, outfit passing at least 3 of the 10 mandatory rules of fashion, and with our keys actually in our bags. It’s an accomplishment if we can zip up our dress without any help and without pulling our shoulders out of joint. Or if we get our first cup of coffee into us, and not ON us.

But hey, that’s just us.

If it works for you, by all means, high-five yourself for pulling up your rumpled coverlet and fluffing the pillows on your way out the door. The good Admiral is actually quite admirable, and he offers a great deal of other advice for life that we have a lot of respect for, and agreement with – like always maintaining optimism, and never giving up. But the mandatory bed-making? We’re not sure yet.

First, let’s hear from the other side, represented by two tomes recently reviewed in the New York Times: “Drop the Ball: Achieving More by Doing Less,” by Tiffany Dufu, and “The Unmade Bed: The Messy Truth About Men and Women in the 21st Century,” by Stephen Marche.

The first, written by a woman, urges fellow working women to “drop the ball” — that is, to allow more imperfection into their lives, loosen up, stop trying to be perfect (and engage their husbands more in housework). Coming to the same conclusion, but from a different perspective, the second book – written by a man – posits that professional women have boxed themselves into the bed-making corner: as they gain financial independence, they increasingly fetishize nostalgic and unnecessary domestic arts (like knitting and making candles). Just as white-collar men like to do things in their free time like chopping wood, boxing and building things with their hands to prove that they’re still real men, “housework,” Marche declares, “is the macho fantasy of women.” He concludes, in harmony with Dufu, that “caring less is the hope of the future.”

So what say you? To make, or not to make?

Does an unwillingness/failure to make your bed every morning mean that you’re unorganized in the rest of your life; that your mind is as cluttered as your bedroom; that you’re indecisive; that you need intensive time management training? That you’re just lazy? Or is it proof that you’re a free spirit who loves spontaneity? Someone who is focused on important, life-changing matters, not trivialities? A person who thrives on uncertainty and chaos, and finds it energizing? Or perhaps a person who has just decided to let go and relax for a while?

On the other hand, if one is a consistent – perhaps even compulsive – maker of the bed, does it signify that you’re uptight, controlling, rigid, no fun, a maker of lists and schedules, someone who needs order and routine in order to thrive? A dullard, basically? Or does leaving behind an orderly bedroom mean that you are CEO or Commander in Chief material: decisive, calm, collected, and ready for anything, with a mind as clear as your living space?

Of course, there’s a third way: those who sometimes make the bed, and sometimes don’t, and who don’t seem to think about it much one way or another. We’re not sure what to make of these people and no book has yet been written called “It Doesn’t Matter Whether or Not You Make Your Bed” or “Who Really Cares About Making the Bed When the World is In Crisis?” or anything close to it. But we’re pretty sure it’s coming.

And of course, we suspect that in many households, one partner is of the made persuasion, and the other is not; this may be the best of all possible worlds, since in those cases, the bed ends up getting made every day, and everyone wins, no? This might be something to iron out early in any budding romantic relationship: made or unmade, and if made, by whom?

At the end of the day – or actually, in this case at the beginning of the day – it’s your call. We’ll “out” ourselves as being among the made, except when we’re in a hotel room, in which case we take a huge amount of psychic pleasure in walking out the door leaving everything a mess, knowing that someone will make it all perfect again before we return.

If you ask us, that’s the true indicator of leadership potential: why do it yourself, when you can outsource it?

1 comment on “To Make the Bed or Not? That is the Question”