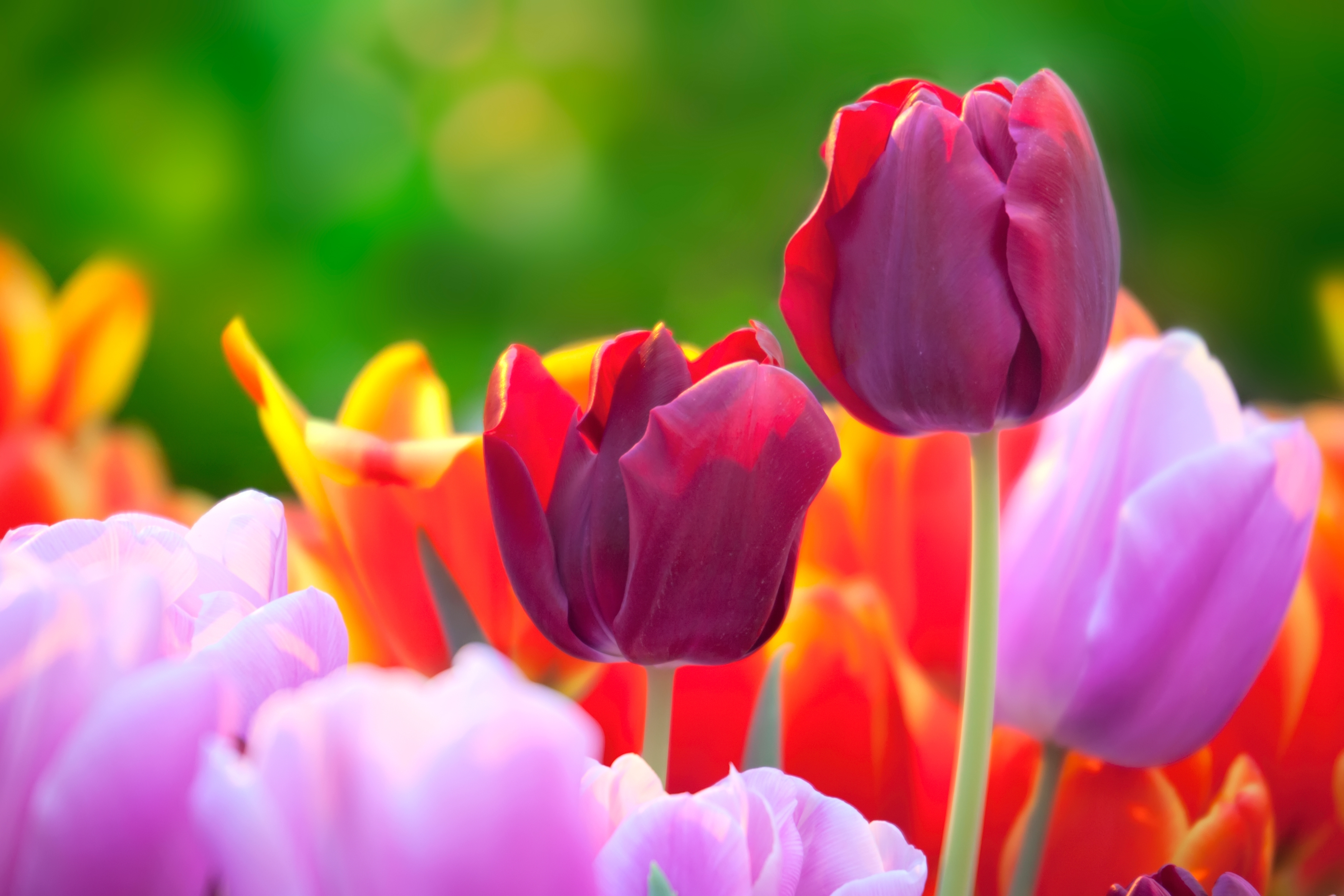 What’s behind the primal lure of a garden in springtime? Perhaps it all started with the Garden of Eden – an idyll of innocence, joy and faith. In many of the world’s religions, gardens are a vision of paradise and serenity. Maybe it’s our innate desire for beauty and order, and for connection with the natural world and with each other. For whatever reason, for many people spending time in a garden (or two) is a beloved annual spring ritual of renewal and rejuvenation.

In honor of the official start of gardening season, we asked our far-flung correspondents to share their thoughts about the most stunning and luxurious gardens on earth. Our requirement was that the person recommending it had to have actually visited there, so that we know it actually lives up to must-see status (you’re busy, and we wanted to be sure that each of these is actually worth the trip, so we also vetted this list with our Virtuoso travel agent, who knows all).

We received so many passionate responses from our global network of contributors that we decided to make this a three-part series. Here’s the initial installment of our curated Dandelion Chandelier list of the not-to-be-missed gardens of the world. Whether you’re a devoted horticulturalist, or merely in search of natural beauty, history and culture, these are glorious places that deserve a visit sometime before the autumn winds begin to blow.

England:
In London, your first stop should be the RHS Chelsea Flower Show, which is being held this year from May 23 – 27. Our Bureau Chief reports that “it’s a much-touted event, and while it’s not technically a garden, the ideas and designs presented are often considered the most stylish by green aficionados.” While you’re in town, among the many choices of formal gardens worth a visit in London, at the top of our list are Kensington Garden (for its scale and broad offerings), the Royal Botanic Gardens in Kew (a UNESCO World Heritage site), and St. James Park, near Buckingham Palace (which is filled with flowers, flowering trees and wildlife, including an egret island, and is an absolutely splendid place at which to welcome the spring, feed the ducks dried bread, or go for a run).

Scotland:
For the most intriguing name, you can’t beat The Garden of Cosmic Speculation in Portrack. And it actually lives up to its moniker. Conceived by Charles Jencks and his wife Maggie Keswick in 1989, it has 40 different areas, including gardens, bridges, and sculptures, spanning 30 acres. It’s a splendid celebration of nature, science, and whimsy. For example, the “Quark Walk” takes you on a journey to the smallest building blocks of matter; a series of landforms and lakes are a homage to fractal geometry; a terrace shows the effect of a black hole. This is a garden where you can geek out to your heart’s content.

France:
Our Paris Bureau Chief reports that in his city, the Luxembourg Gardens are “a favorite of both die-hard French residents but also foreigners. Much more ‘de rigueur’ than the Tuileries. New Yorker writer Adam Gopnik praises the garden’s carousel as his favorite in town.” We fully agree – and we also love Versailles. There are several “secret gardens” that remain among our favorite spaces in the world – visit with someone who can share their history with you, and you might agree. Just be sure to wear cute flats – the palace gardens are enormous.

Our Bureau Chief also highly recommends Monet’s Giverny gardens outside of Paris for their beauty and simple homey feeling. This is an excellent day trip, and April is a perfect time to go. We absolutely adore the Jardin Exotique in Èze on the French Riviera, and this month is also perfect for a visit there, before the crowds grow larger.

Also in France, another correspondent offers: “One of our friends owns Le Chateau de Picomtal with her husband; it’s a B&B in a medieval castle dating from 1080 located in Crots, in the Southern French Alps, and it is beautiful. It overlooks a lake, and its garden is formal and well worth a visit, as are the restored guest rooms.”

Finally, the Chateau de Villandry Gardens, located in a grand country house in the Loire Valley are wonderful – the Love Garden is a magical place in which to ramble around and dream. You can take in another breathtaking view of the gardens by attending the Nights of Thousand Lights (Nuits des Mille Feux) – scheduled for July 7-8 this year – when the gardens will be lit by 2,000 candles. The evenings end with a fireworks display reflected in a pond known as “the water mirror.” Brilliant!

The Netherlands:
According to our friends, the Keukenhof Tulip Gardens in Lisse are spring incarnate, filled with tulips, daffodils and hyacinths – over 6 million bulbs are planted there annually. While you’re in Holland, it’s also worth making time for a trip to the Het Loo Palace, near the town of Apeldoorn, which was the medieval castle of Prince William of Orange. Its gardens have been restored to their original state: a late-Dutch interpretation of the Italian-French garden, dating from the first quarter of the seventeenth century.

Switzerland:
Our Swiss friends recommend a trip to the mountains for a special garden visit. Nestled in the Bernese Oberland region of the Swiss Alps, the village of Wengen is encircled by the Eiger and Jungfrau. Take the rack railway to Schynige Platte, and you’ll find the Alpine Botanic Garden, which has 600 different species of local plants – you’ll also have incredible panoramic views of the mountains and the lakes below. Yes, you will feel like bursting into song, a la Julie Andrews in “The Sound of Music,” and yes – just this once – it’s OK.

Italy:
In Rome, the Villa Borghese is a glorious landscape garden in the naturalistic English manner; it contains a number of buildings and attractions, in addition to its wonderful art museum, the Galleria Borghese. The Villa d’Este Gardens in Tivoli, an hour outside Rome, are known for their Italian Renaissance design and for their stunning fountains.

In Florence, the Boboli Gardens on one side of the River Arno are striking, formal and quite extensive – they represent the mid-16th century style. Located directly behind the Pitti Palace, the main seat of the Medici grand dukes of Tuscany, the gardens house a collection of sculptures dating from the 16th through the 18th centuries. The garden lacks a natural water source, so a conduit was built from the Arno to feed water into an elaborate irrigation system. On the other side of the river, the Garden at the Four Seasons Hotel in Florence makes staying there one of the best lodging experiences we’ve ever had in our travels. Full of art, hushed and private, it’s a genuine hidden treasure in the midst of the city.

Greece:
The National Botanical Garden in Athens is just steps away from the best luxury hotel in town, the 5-star Hotel Grande Bretagne, and it’s worth a stroll to see the fountains and the animals and to interact with the local families who bring their children there.

Spain & Portugal:
The Iberian Peninsula has some of the most spectacular gardens on earth; perhaps the loveliest is the Generalife Granada Garden in Alhambra. Built between the 12th and 14th centuries, the Generalife was the summer palace and country estate of the Nasrid rulers of the Emirate of Granada in Al-Andalus. It was designed with a decorative garden, fruit and vegetable patches, courts and other structures, and is now a UNESCO World Heritage site.

400 miles off the coast of Africa, the volcanic Portuguese island of Madeira is a garden paradise. Its climate is sub-tropical, so the vegetation is verdant and rich. Every inch of the island’s workable land is terraced and cultivated, and some of the gardens are accordingly incredibly steep. Much of is protected as a conservation area harboring rare flowers, including orchids, bougainvillea, lilies, hydrangeas, magnolias, jacarandas and azaleas. The Palheiro Gardens (formerly called the Blandy Gardens), established over several generations, are justly popular and famous for their camellias. The Monte Palace Gardens, surrounding the château-like Monte Palace, offer stunning views over the harbor and the bay.

One source of the luxuriousness of visiting a magnificent garden is not dissimilar from that of a Broadway show or a musical performance: it’s ephemeral, and will never be exactly the same as it was the day you saw it. It won’t have that exact same fragrance, or that precise riot of color, or the identical butterflies and birds and fellow humans. In addition, though, you can see what the long-ago creators of the garden hoped that you would see – what they dreamed of, and what is. And what may yet be.

We think you owe it to yourself to spend some time in the greenery this spring.

7 comments on “Where are the Most Beautiful Gardens in Europe?”