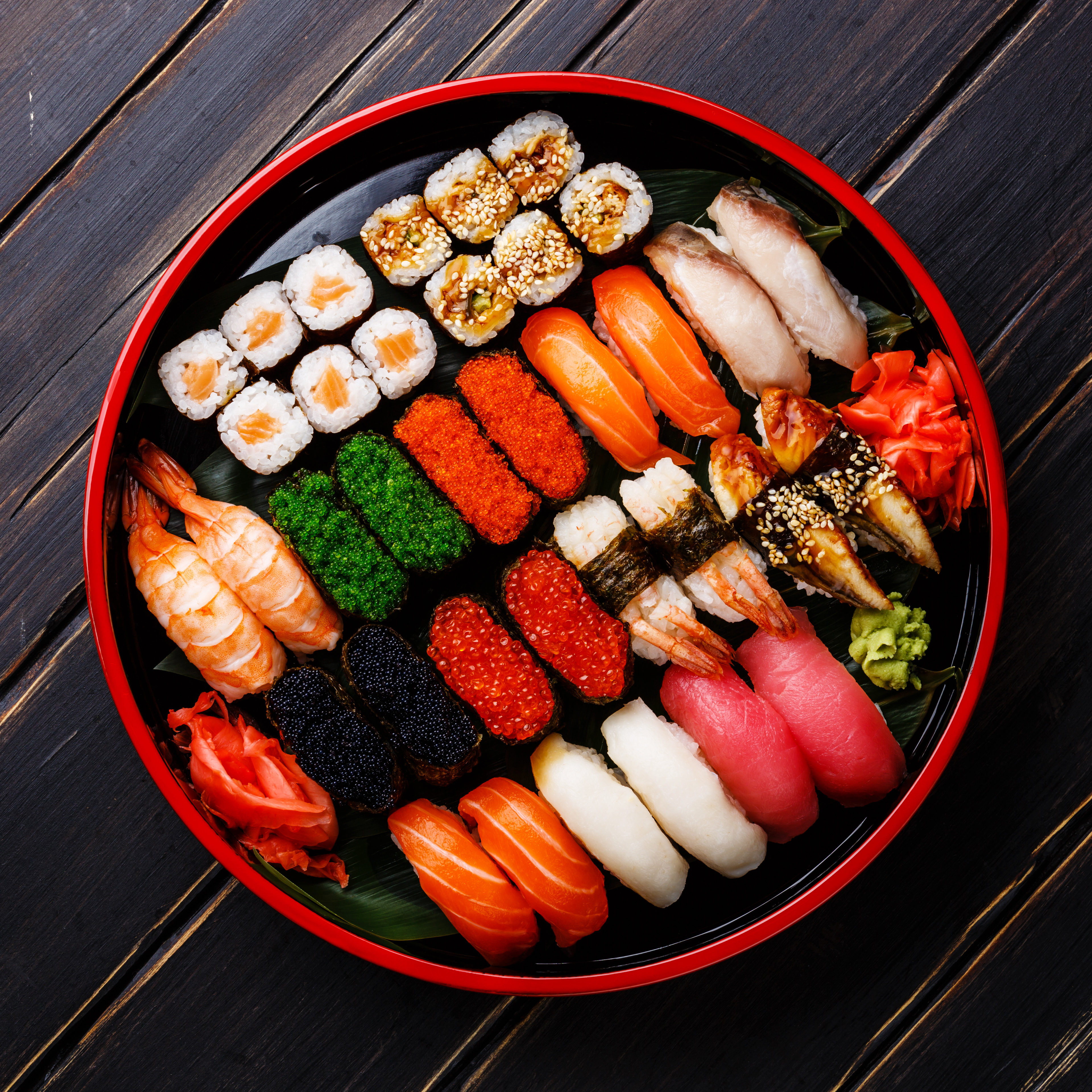 If you want to be a CEO, or the head of a global private equity firm, or the right-hand person of such a power player; if you want to be a successful salesperson; raise money for the business you’ve founded; or be the head of development at a not-for-profit organization – what should you eat in order to maximize your chances of success?

This question came to me recently as I commenced a business lunch, with someone who I urgently hoped to impress, at a tiny and wildly expensive sushi restaurant in Manhattan. Having grown up middle-class in Detroit, the idea of eating raw anything – fish, beef, vegetables, you name it – was basically a foreign and slightly repellant concept to me. I was thirty before I took my first bite of sushi, and I am still just barely functional with chopsticks. I’ll just put it out there: black girls from Detroit generally aren’t taught to embrace the idea of raw seafood. Back in the day, we just didn’t roll that way. We really preferred our food cooked.

As I gamely looked at the menu, and then blithely agreed when my companion suggested “let’s just order a bunch of things and share them,” I asked myself: when did eating sushi become mission-critical for professional success?

This wasn’t the first time that eating raw seafood wrapped in seaweed was all that was standing between me and a professional opportunity that I really wanted. Fifteen years ago, I was in the final round of interviews for a significant management role, and my future boss suggested that we have lunch together, with the clear implication that if all went well, at the end of the meal, the job would be mine. Of course I said yes, and of course I said I’d meet wherever it would be most convenient. And of course this ended up being at a Japanese restaurant. It gets worse: as soon as we sat down, my host ordered edamame, a substance with which prior to that moment I was totally unacquainted. Was it animal, vegetable or mineral? And how does one eat it? Well, it turns out that fingers are allowed, but it was a tense few seconds before I figured that out. Watch and learn, as they say. Oh, and I did get the job.

Of course, it’s not just sushi that you have to eat in order to advance professionally. Based on my varied experiences – as a management consultant, senior executive, and corporate board member – if you want to become an official member of the global elite, you also need to be willing to eat the following, whether you like them or not: figs; beets; raspberries; endive; chicken feet; steak tartare; octopus; peppers; dolmades (stuffed grape leaves); eggplant; protein doused in sauce of unknown or suspect origin; and cheese – all kinds of cheese.

On my first trip to India, I was in the middle of a long business dinner when the person sitting next to me decided it was a good time to regale us all with the tale of his last trip to the country, when he got serious food poisoning and was confined to his hotel room for three days. Nice. For the record, I’ve been there many times and never once had any issue, but still.

I worked for quite some time for a Swiss company, and whenever I was in Zurich, I would make an effort to eat things that were authentically Swiss. I recall once ordering a dish “from the mountains” at a small group dinner at a restaurant, and still to this day having no idea exactly what it was. I ate it all, and I’m here to tell the tale, so whatever it was, it was edible.

Sometimes it’s not just – or not only – about what you’re eating, it’s about how much you have to eat. There are times in business when you have to eat a lot more than you’d like. For example, this can happen if a well-meaning host decides that since you’re on a first – or rare – visit to their native land, you should be treated to the full array of local specialties (I have found that this often involves 10 or more different courses, and good manners require consuming at least half of everything that is placed before you). If you’re the host, and your guest is having an appetizer, or dessert, or both – you’re having them, too, like it or not. If the cultural custom is a cheese course, followed by a dessert course, followed by coffee, and you’re totally full and really tired and just want to go to bed, guess what? You’re having cheese, and dessert, and coffee. And you’ll smile serenely through it all.

BTW, you also have to be willing to drink all kinds of things, too. I know that some highly successful people don’t drink alcohol, but in my experience it’s pretty hard to pull off, especially in cultures where wine and spirits are regularly consumed at both lunch and dinner. People will pretend not to mind, but I can assure you that they prefer it if you join them in whatever they’re drinking. Even if it’s Bloody Marys in the middle of a work day. Or two bottles of wine over a lunch for two people (when you have a long afternoon of work in front of you and zero hope for a nap).

Other beverages I’ve consumed at business gatherings with a calm smile on my face, even though I don’t like them? Several glasses of the liqueur Poire William; port; Sancerre; many types of overly-sweet champagne; homemade wine; homemade beer; really any kind of beer; and double espressos.

Do I have any standards at all, you say? Is there anything that I will refuse? Well, yes. I will not eat an endangered species under any circumstances (no shark fin soup, for example, no matter how glittering the professional prize). I will not do shots with people I work with – or with whom I hope to work. I will pass on any insect, grub, snail or snake, fried or otherwise.

Other than that, I’ve learned to be game for anything. After all, it’s a privilege to fly to Brazil, or Doha, or Mumbai or Poland; to experience for yourself the smells and tastes of places you’ve never been before; to sit with powerful people and try to make your way in the world. Sometimes you even discover a new food that you love (sign me up for samosas!) Nothing in life comes without some kind of sacrifice, so this message goes out to all who strive: the honest truth is that if you want to be successful, you’ve basically got to eat everything.