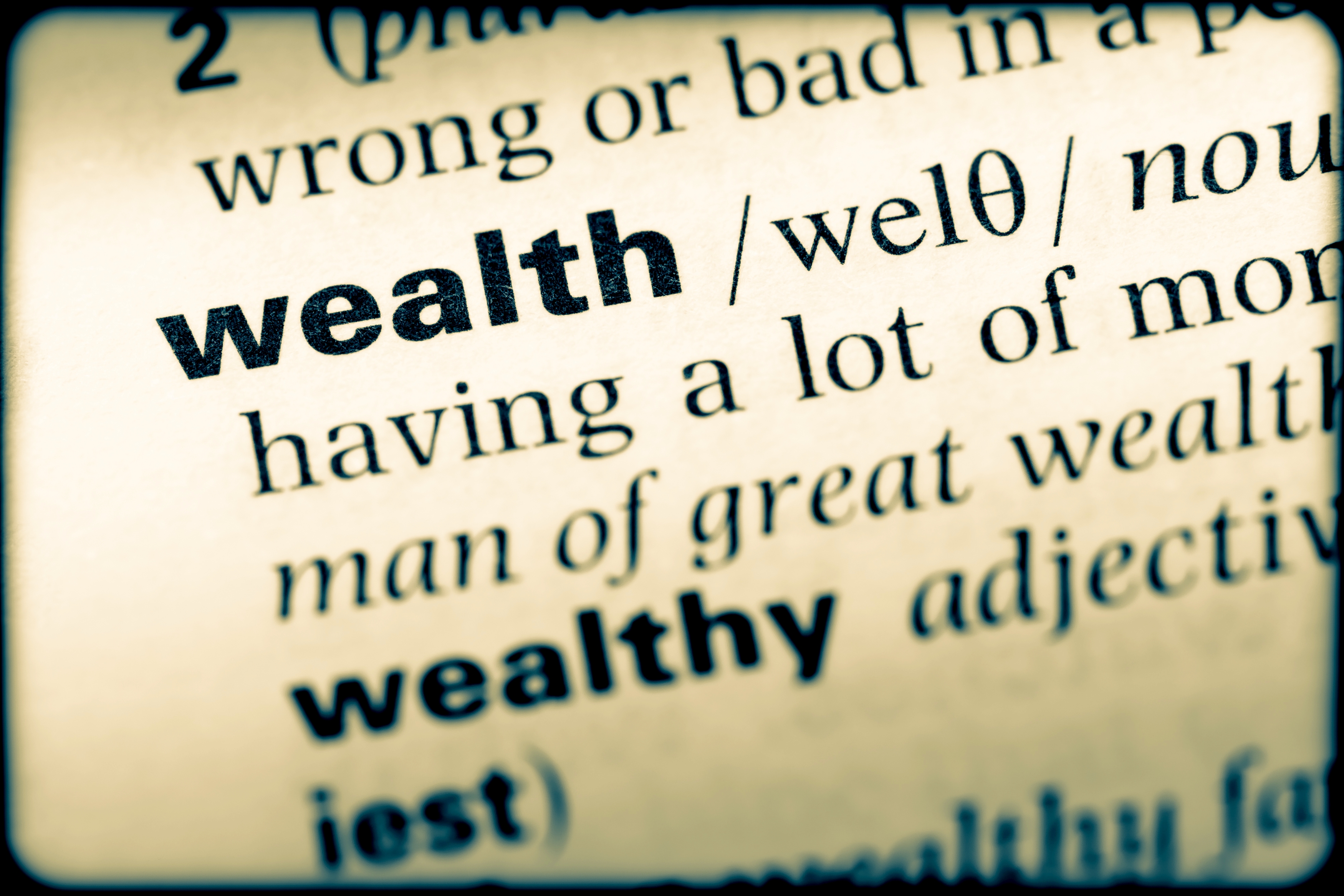 This essay was contributed by our Luminary David Roberts.

When I first read “Bonfire of the Vanities” in the late 1980’s, the book’s protagonist, the bond trading Master of the Universe Sherman McCoy, struck me as very wealthy, a huge Wall Street success.  I recently dipped back in to “Bonfire of the Vanities” as I was curious to measure Sherman’s financial success, circa 1987, against our current 2017 standards of what it means to be rich––our age of the TV show “Billions”, the Kardashians and the Trumps, and multi-million dollar birthday parties.

To level set my expectations, I discovered that in 1986 it took $180 million to join the Forbes 400 whereas in 2006 it took $1.7 billion.  I also noted that the Dow Jones Industrial Average is about ten times greater today than it was thirty years ago.

In “Bonfire”, Sherman McCoy makes just under a million dollars a year as a leading bond salesman. His largest expense is the $21,000 a month payment on his $1.8 million mortgage for his $2.6 million apartment, “the sort of apartment…which “ignites flames of greed.” Today, the price of the McCoy apartment strikes me as quite pedestrian in the age of $100 million Manhattan condos and $100 million plus Los Angeles spec houses. What shocked me were Sherman’s monthly payments––his stupendous interest rate, which is hard to pinpoint since his payments are composed of both principal and interest. But clearly he’s not enjoying the 3% mortgage rates we’ve become complacently accustomed to today. (One month LIBOR averaged 7% in 1987 vs. about 1% today. What would our financial world look like at 1987’s LIBOR rates?)

Struggling with the “nut” of his mortgage, Sherman is barely making ends meet. We are given a detailed summary of his budget, which includes what you’d expect: private school for his daughter, a house in Southampton, household help, etc. He schleps over to the East River to take a taxi to work, because he can’t afford a private car (we are in the pre-Uber age).

Sherman speculates that there are only three to five hundred people on Wall Street who have reached his exalted status as a Master of the Universe. Today, it is estimated that there are about 60,000 people in the United States with investable assets of $50 million or more. It is not unusual for the top hedge fund and private equity executives to make over a billion dollars annually.

It seems unlikely, then, that even after adjusting, by any measure of inflation, that Sherman would qualify as a true Master of the Universe in 2017. And perhaps the author intended Sherman’s self-assessment to be flawed.

A barometer of vast wealth from the same era was the 1985 movie Wall Street. In that movie, Gordon Gecko, the villainous raider and insider trader, explains to innocent Bud Fox that real wealth is not earning $400,000 a year and flying first class, but being rich enough to own your own jet. Having fifty or a hundred million dollars. At that level, you’re a “player.” Of course, fifty or a hundred million dollars is still a stupendous sum, but today that amount is hardly noteworthy and certainly would not connote what we think of today as truly great wealth or allow one to comfortably afford the luxury of owning a private jet.

So it made me wonder if our definition of what is truly wealthy has changed. And whether the definition of great wealth fluctuates depending upon the era. Some of the sound bites from today are commonplace, but at least one bears repeating. The top twenty-five hedge fund managers in 2015 (a pedestrian year––$12 vs. $21 billion in 2013), made more than the combined earnings of all American kindergarten teachers (about 160,000) in the United States. So, yes, compared to the Wall Street world of the mid 1980’s, I conclude we are living in a different, more virulent, age of plutocracy.

I then wondered how our current plutocratic age compare to other gilded times, such as the 1920’s when wealth inequality was roughly the same as today. I went to the literary touchstone of 1920’s wealth: Gatsby. I mean the book, not the character, as we never find out how wealthy Gatsby is. We know about his fabulous parties and grand house, we know about his nefarious business dealings, but Fitzgerald never gives us a number. (The dollar sign never appears in The Great Gatsby!). The closest gauge of Gatsby’s wealth we are given is the statement that houses like his rent for twelve or fifteen thousand a season. We are told that Gatsby owns the house, but one wonders what foul financial arrangements he floated to buy it. With his illicit business dealings and breakneck expenditures, it seems likely that Gatsby is living on the brink, one failed deal away from financial ruin.

In terms of wealth I’d say Gatsby was more like another famous character from the literature of wealth––Augustus Melmotte from Trollope’s “The Way We Live Now.” Melmotte is a masterful swindler/speculator in London in the 1870’s who keeps up a most ostentatious lifestyle as a marketing means of selling shares in a railroad in the American desert that will never be built. While Gatsby spends in a vain attempt to recapture lost, romantic love, Melmotte spends as a capital expenditure to set up his crime.  Melmotte even gains political office as a Member of Parliament on the strength of his entertaining––he spends ten thousand pounds on a single dinner, equivalent to millions today.

In “The Great Gatsby”, the authentically rich person is Tom Buchanan, the husband of Gatsby’s love interest Daisy. In addition to knowing that Buchanan travels with a string of polo ponies, we have a single dollar figure marker of Buchanan’s wealth: the day before their wedding, Buchanan gives Daisy a “string of pearls valued at three hundred and fifty thousand dollars.”

So we now have the question of what an expenditure like $350,000 around 1920 means in present day terms. There is a wonderful website called measuringworth.com. In addition to the usual statistics of inflation, it provides many ingenious ways to compare wealth and money across eras. If you just use CPI, the value of the pearls today would be about $4 million. But if you use what I think is a more accurate measure: comparing the cost of the pearls to income and labor wage rates then and now, you arrive at a value of about $20 million. Clearly Buchanan would be a master of his 1920’s universe, and his wealth is superior to Gatsby’s and certainly far superior to Sherman McCoy’s.

Gilded ages of great inequality in wealth go in cycles. It seems clear that the 1920’s was one gilded age, and that we are living in another. The 1980’s in contrast had just been brushed with a first, faint coat of gold leaf.

And as night follows day, each gilded age is replaced by a reckoning for the wealthy, and that reckoning has its own literature. As far as our current age, we are still in the thick of it, and so we have to rely on literary imaginings as to what a reckoning might look like, such as Lionel Shriver’s brilliant financial dystopia “The Mandibles”––I dare anyone to read it without becoming anxious.

As for the reckoning for the roaring 1920’s, I come back to Fitzgerald and his wonderful short story “Babylon Revisited” set in Paris during the Depression where the contrite protagonist Charlie Wales looks back in shame and wonder at “thousand-franc notes given to an orchestra for playing a single number, hundred-franc notes tossed to a doorman for calling a cab.” Later, Charlie says, “I worked hard for ten years, you know–until I got lucky in the market, like so many people. Terribly lucky. It didn’t seem any use working anymore, so I quit.”

He might have just as well said bull markets and gilded ages make everyone think they’re a genius. Until they don’t.

David Roberts is an executive in the investment management industry. He has written a novel set in Wall Street during the recent financial crisis centered on the corruptions and moral corrosions of wealth envy.

0 comments on “Money is the True Third Rail of Literature”