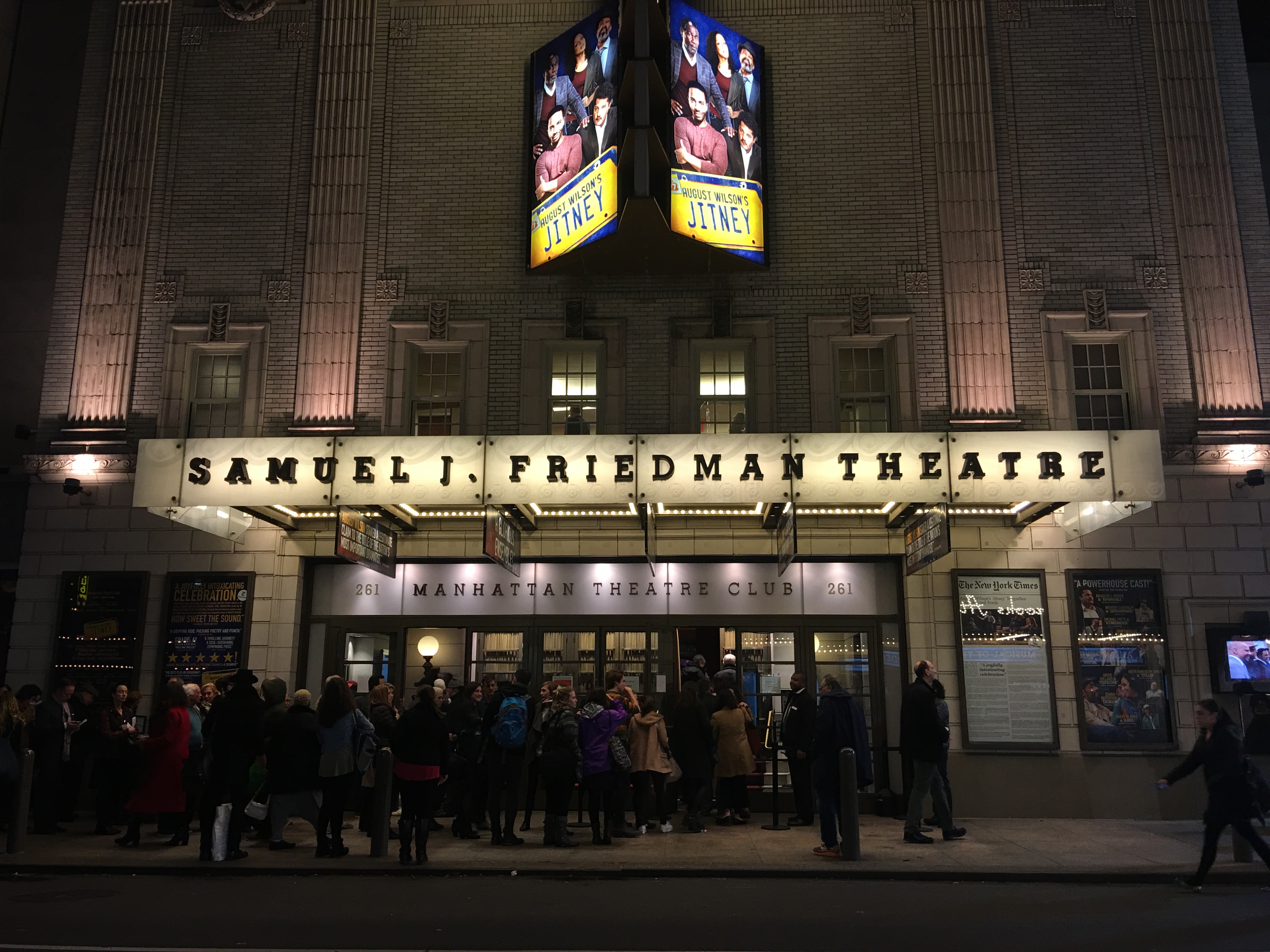 Before Uber, there was “Jitney.” And jitneys. Few among us would have predicted that the one would lead inexorably to the other, but great fiction can achieve a level of prescience that we mere mortals can only wonder at.

Here at Dandelion Chandelier, we’ve been privileged in the past few months to see first the film rendition of the iconic playwright August Wilson’s Pulitzer-prize winning “Fences,” and more recently the splendid Broadway debut of his work “Jitney.” Both are part of his Century Cycle, the great arc of plays – one per decade – illuminating the experience of African-Americans in the 20th century as epitomized by one community in Pittsburgh. “Jitney” was the first one written, and the only one penned during the same decade in which it is set. The playwright was inspired to write it based on his own daily interactions with drivers at a station next to his regular coffee-shop. Having seen it, it’s hard to believe, but this was the last of the 10 plays in the cycle to make its debut on Broadway (it had been previously performed Off-Broadway).

On a clear, surprisingly balmy mid-winter night a couple of weeks ago, when a bright full moon shone down over the city, we went to see the Manhattan Theater Club’s production of the Olivier-award winning play at the Samuel Friedman Theater.

“Jitney” finds us in the Hill neighborhood in 1977, at the run-down station house of a gypsy cab company in a decaying residential neighborhood. Before ride sharing, small scrappy companies such as this one dotted black neighborhoods all over America, carrying local passengers throughout communities that licensed medallion taxis wouldn’t enter. Payments were exchanged in cash – and occasionally in like-kind services – and the business model was not so different from Uber and Lyft today (although as far as we recall, there was no surge pricing in the jitney business). In my hometown, Detroit, this was the only way to get around other than public transportation (which at that time and place meant a bus) for a whole lot of people.

The denizens of this particular dispatch station are seven working-class black men of varying ages, each carrying the weight of history and choosing to bear it in different ways. There is Youngblood, a Vietnam vet, in his late 20’s with a young child, a girlfriend, and an uncertain future; Turnbo, mid-50s, a neighborhood busy-body whose incessant gossiping and chatter mask darker emotions; Shealy, the bookie who uses the station rotary pay phone as his hotline; Fielding, late-60s, once a great craftsman, now struggling with alcoholism and yearning for his long-lost wife; Doub, a Korean war vet who tries to keep the peace; Becker, the founder of the cab company – widower, church deacon, and former mill worker – and Booster, his son.

We see only a sole female interacting with this group: Youngblood’s girlfriend Rena. But there’s a great deal of talk (and surely some exaggerating) about the ladies, and the presence of unseen women throughout the threads of this narrative is constant: lost girlfriends who imprint their images on a man’s brain; wives who have “passed” (as we say of the deceased) being present in a man’s dreams; and Mama, who doesn’t want to see you move back into her house – but who will always take you in. Underneath the swagger, these men are desperate to live up to the expectations of their women.

Into this humble milieu, Wilson introduces grand themes as old as humankind: what it means to be a father; a son; a husband; a worker; a friend; a man. Who can be relied upon. Who will let us down. What is worth fighting for and when we should stand down. What can be forgiven. What must be avenged.

The men enter and exit the station house, and each other’s conversations, in a well-choreographed ballet. Squabbles, fights, counseling sessions, reflections, gossip, strategic planning, drinking, sleep and seductions (both successful and not) all take place in this crumbling space, where optimism and despair about the fate of blacks in America are locked in mortal combat. We couldn’t help wondering what this group would have made of the election of the first black President only 31 years later (we like to imagine them ferrying folks from the neighborhood to the polls in 2008).

The jazzy, smoky Deep South timbre and the cadence of these men’s voices reminded us so strongly of our own relatives that was hard sometimes to remember that is a work of fiction. When I closed my eyes, I heard my grandfather, my father, my uncle, my father-in-law – a chorus of elders urging us onward, upward, early-to-rise, never-give-up, never-be-late, praying over us and admonishing us: your generation can go further than we did – your generation must go further than we did.

The depth of feeling and the honest explication of each character’s point of view demonstrates Wilson’s astonishing empathy and understanding of human nature – every side of even the most heated argument is fully aired. The end result is a sense that this playwright genuinely cared for all of his neighbors, no matter how deeply scarred and flawed. That he knew better than most the toll of racial discrimination and the sheer will that it takes to keep striving to overcome it.

And that’s where the connection of this work to contemporary life can be most deeply felt. While there’s an uncanny nod to the challenges of running a car-sharing service that resonates today (Becker decrees that since all the cars are owned and maintained by the drivers, they must be regularly inspected and washed, and driven safely; he’s keen to get customer feedback on the quality of his drivers and could easily be working for Uber), the piercing analog is to the state of race relations today – what has changed, and what has not. The profound question of whether people such as these are seen, let alone understood, by those in power is as relevant today as it was then.

The cast is exemplary – like a world-class orchestra playing at the height of its powers. Moonlight’s Andre Holland, John Douglas Thompson, and Brandon J. Dirden are astoundingly good, but every one of these actors is a star, and the generosity with which they supported each other is inspiring. Many are veterans of prior Wilson plays, and it shows (the New York Times reported that Anthony Chisholm has performed in 58 different productions of Wilson’s work). Tony award-winning director Ruben Santiago-Hudson is robustly talented and deserves to be even more of a household name: he’s demonstrated brilliance as an actor, writer, director and producer. We can’t wait to see what he does next.

The Manhattan Theater Club is a fine place to see a show, especially if you have access to the elegant ivory and gold second-floor Patrons Lounge. There, you can find complimentary wine and snacks during intermission, and you might even run into some old friends, as we did.

But the real action is of course in the theater itself – in the magical, never-to-be-repeated exactly this way again, electric performances. In the audience the night we saw the show was a large group of middle-school aged kids, all of color. In the giddy aftermath as the crowd was exiting the theater to head back out into the moonlit night, I heard one of them say “I am never going to a movie again! Now that I see what ‘live’ is, I can’t go back!” No knock to the cinema and its glories, but how great to hear the joy of discovery in someone’s voice. A live performance is a precious luxury. This one, in particular, felt truly necessary.