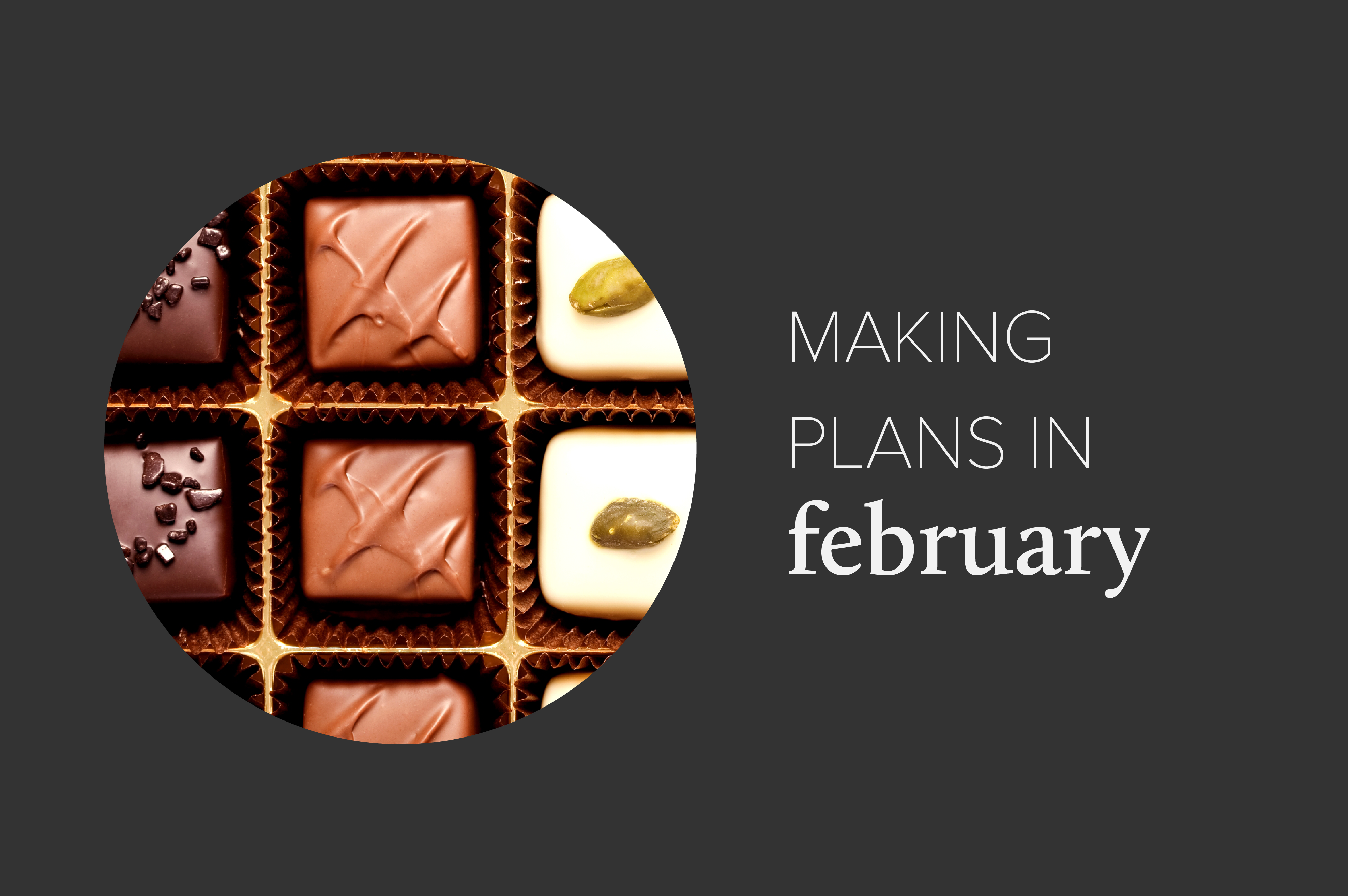 The Super Bowl, the Oscars, Carnival, the Grammys, Pancake Day, school holidays and Fashion Month – it may be short, but February 2017 promises to be action-packed. Here’s our Dandelion Chandelier curated list of the most important events in the luxury ecosystem this month:

Get your samba on! Carnival in Rio de Janeiro runs from Feb 24 – 28; keep the party going at Mardi Gras in New Orleans, which begins Feb 28.

On Feb 2, Parisians observe Chandeleur, a Catholic holiday celebrated 40 days after Christmas – it’s known as la fête des crêpes. Pancake Day (also known as Shrove Tuesday, the last day before Lent) is celebrated in London on Feb 28. Can this be a coincidence? Pass the maple syrup, s’il vous plait!

Luxury Travel. Catch the tail end of Chinese New Year, or hit the beach. Valentine’s Day may inspire a romantic getaway, or you could just happily ski the month away.

–The Pingxi Sky Lantern Festival in Yunlin, a traditional Taiwanese celebration to mark the end of the Lunar New Year holiday; over 20 million visitors to travel to see the dazzling night sky filled with giant lanterns, explore the festival with handheld lamps, and enjoy live performances – Feb 11 -19

–February is the perfect month to visit Norway – the Northern Lights are at their peak; Lyngen Lodge would be a perfect place to stay (this intimate refuge holds only 18 guests)

–If you’re seeking warm weather, consider Tasmania – its summer there; stay at the uber-luxe resort Saffire Freycinet and visit the Lavender Fields at Bridestowe Estate, which will be in full bloom this month

–The coast of Brazil is a good place to rest up for, or to recover from, Carnival – the boutique hotel Ponta Dos Gauchos gets high marks for its bungalows perched above the sparkling Atlantic

–Take a culinary tour in Thailand, then venture to a secluded haven on the private island of Song Saa in Cambodia

–The Seychelles is a secluded romantic getaway spot, especially in one of the 11 villas on North Island, where you can scuba-dive before tucking yourself away on a honeymoon beach

–The Four Seasons Hotel London at Ten Trinity Square is directly across from the Tower of London, with 100 rooms and 11 suites

–The 194-room 1 Hotel Brooklyn Bridge on Pier 1 will have incredible views of Manhattan; on the rooftop you’ll find a pool lounge and fire pits, with a glassed-in cocktail lounge one floor below

–The Kandima Maldives from Pulse Hotels & Resorts is focused on being family-friendly; it will feature the longest pool in the Maldives, a marine biology school, a spa, and 10 restaurants

–The Oberoi Marrakech is now open, with 84 rooms decorated with handcrafted Moroccan design features evoking the romance of ancient times; many rooms have private heated pools and magnificent views

–The Oberoi Beach Resort Al Zorah is soon to open in Ajman; set within 247 acres of protected mangrove forest, the resort will offer panoramic ocean views, a golf course, kayaking, dune driving, sky-diving, and a spa, all just 25 minutes from Dubai International Airport

–Frock Me! Vintage Fair – one of the best places to find vintage haute couture – is at the Chelsea Town Hall in London – Feb 5

–The Marlborough Wine & Food Festival, held annually in a lovely vineyard in New Zealand since 1985, is said to be the country’s longest-running wine festival – Feb 11

–Monica Galetti is opening Mere in Fitztrovia, London this month

—Super Bowl 51 is in Houston; members of the original cast of Hamilton will sing “America the Beautiful” at the pre-game show; Luke Bryan will sing the National Anthem; and Lady Gaga will do the honors at halftime – Feb 5

–The bi-annual Alpine World Ski Championships will be held in St. Moritz for the fifth time, with men’s and women’s super-G, downhill, slalom and combined – Feb 6-19

–Also in St. Moritz, the annual White Turf competition will be held over three weekends, featuring skiers being pulled by horses over a frozen lake and lots of extremely wealthy people cheering them on – Feb 12, 19 and 26

–The Hong Kong Marathon is Feb 12

–The FIS Nordic World Ski Championships take place in Lahti, Finland – in addition to sports, there will be circus artists and tango shows – Feb 22 – March 5

–I Am Not Your Negro, a documentary about James Baldwin by Raoul Peck that incorporates previously unpublished texts by the author – opens Feb 3

–God Particle is the latest from J.J. Abrams – it’s about astronauts on a space station, and stars Selma’s David Oyelowo and Gugu Mbatha-Raw – Feb 24

–Tulip Fever, starring Alicia Vikander and featuring Cara Delevingne, is set in the 17th century in the Netherlands – Feb 24

–A United Kingdom stars David Oyelowo as the first democratically-elected President of Botswana, with Rosamund Pike as his wife – Feb 10

–Legion, a Marvel mutant franchise from showrunner Noah Hawley (of Fargo and Before the Fall fame) debuts on F/X – Feb 8

–Significant Other, a comedy about a romantic looking for love in Manhattan, appropriately opens on Feb 14

–The revival of Stephen Sondheim and James Lapine’s Pulitzer Prize-winning Sunday in the Park with George starring Jake Gyllenhaal and Annaleigh Ashford opens in the newly-remodeled Hudson Theatre, the first Broadway production to play the space in almost 50 years – Feb 23

–The Grammy Awards, hosted by James Corden, will air on CBS – Feb 12

–Lorde will release her long-awaited sophomore album this month

–In LA, Sting performs at the Hollywood Palladium – Feb 8-9 and Alicia Keys is at the Belasco Theater – Feb 8

–I Was Trying to Describe What It Feels Like: New and Selected Stories by Noy Holland – Feb 1

–Lincoln in the Bardo, the first novel from short-story master George Saunders, is about a grieving Lincoln visiting the grave of his lost son during the height of the Civil War – Feb 14

–The Fortunate Ones by Ellen Umansky – a missing painting connects the lives of Holocaust escapee Rose, and Lizzie, a 30-something lawyer whose father has just died – Feb 14

–Carnegie Hall hosts the festival La Serenissima: Music and Art from the Venetian Republic – Feb 3-21; the Kronos Quartet – Feb 11; the Orchestra of St. Luke’s – Feb 16; and 3 concerts by Andris Nelsons and the Boston Symphony Feb 28 – March 2

–Frankenstein will be performed by the San Francisco Ballet at the Royal Ballet, Royal Opera house in London – Feb 17

–The New Museum in New York mounts a comprehensive survey of American artist Raymond Pettibon; A Pen of All Work opens Feb 8

–The Guggenheim turns 80 this year, and the museum focuses on an all-star line-up of works from its collection championed by six of its patrons in Visionaries: Creating a Modern Guggenheim – opening Feb 10

–Vermeer & The Masters of Painting opens at the Louvre – Feb 22

On top of all of that, Groundhog’s Day is February 2; Valentine’s Day is the 14th; and President’s Day is the 20th. And it’s Black History Month. Wherever February takes you, we hope you get some time with someone you love.

0 comments on “Luxury Calendar: The New and Not-to-be-Missed in February”