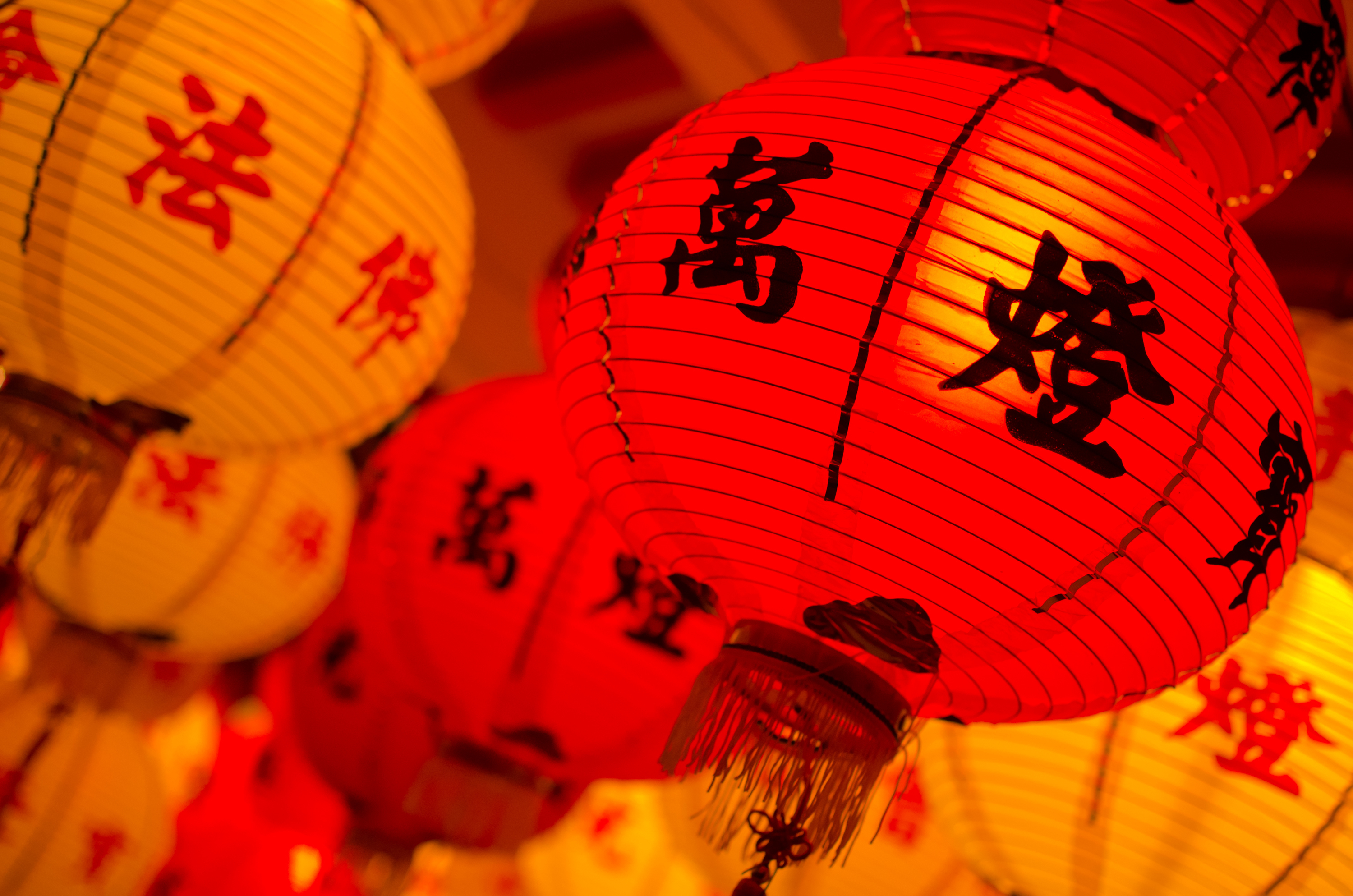 Chinese New Year (also known as the Spring Festival, and hereafter to be referred to as CNY) officially begins this year on January 28 and continues until February 2. It’s high time to finalize your plans for a luxurious celebration to mark the start of the new lunar year.

Here at Dandelion Chandelier, we love every holiday and we invite ourselves to be a part of them all – ‘cause why not? We asked a number of our jet-set friends who are based in Asia (or who travel there frequently) about what the luxury class will be doing to celebrate CNY this year. Special thanks to our Asia bureau chief for going above and beyond to get us the inside details.

First, a quick primer on the holiday itself.

The associated animal is said to determine the personality traits of those born that year. People who are Roosters are said to be confident, honest and hardworking; good at finding money in unlikely places; and good at sports. They enjoy being around people, and are talkative and charming, but they can also be seen as attention-seeking, boastful, and a little too blunt. For what it’s worth, famous Roosters include Roger Federer, Serena Williams, Elton John, Matt Damon and Bette Midler. Legend says that one Rooster per household is sufficient – two in the same house make life intolerable for everyone else.

Gifts of red envelopes containing “lucky money” at CNY are considered mandatory for “children” (defined as anyone who has not married) and for staff: household workers, restaurant waiters, club staff, caddies and the like. The act of giving a red envelope is a gesture of good luck, and the receipt of a red envelope is also considered to be good luck. Win-win! (There are now numerous “red envelope apps” where people can give money electronically).

Other traditions include the ringing of bells; fireworks (on CNY Eve); watching traditional lion dances and parades; red decorations and lanterns; special paintings; and gold coins with the animal of the year on them. Depending upon the country, there are usually 2-3 days set aside as national holidays.

New Year’s Eve is customarily celebrated with extended family at home. On New Year’s Day, a family lunch or dinner is held. Both of these events are usually done with the husband’s family (on the third day of the New Year, the family traditionally returns to the wife’s family for a meal). On New Year’s Day, special foods are prepared for with names similar to auspicious symbols. For example, a type of dried oyster sounds like “good things;” the name of one black fungus sounds like “to make wealth.” Families conduct open houses where friends can stop by to offer good wishes for the New Year; traditionally, they also clean their homes to sweep away bad fortune.

Speaking of bad fortune, there are some interesting superstitions about what might trigger bad luck in the New Year: taking medicine, eating porridge, doing laundry, washing your hair, using knives and scissors, borrowing money, and wearing white or black on the first day of the New Year have all been considered at various times to be bad luck. As have giving someone a clock or a pear as a gift. You’ve been warned.

The patterns for holiday travel differ sharply by location in Southeast Asia. Wealthy Singaporean Chinese generally remain at home for the holidays, while in Hong Kong nearly everyone with money travels. As the middle class expands, those from the People’s Republic of China are also hitting the road. Holiday travel from China is expected to break records this CNY, according to travel intelligence company ForwardKeys. Based on air travel reservations for the dates around the start of the holiday, there will be a nearly 10% increase over last year. The Chinese middle class is increasingly intrigued by skiing, and many are going to Switzerland.

So where will the uber-rich from China, particularly Hong Kong, be going?  In most countries in Southeast Asia, CNY means that stores and restaurants are likely like to be closed or to have shorter operating hours. As a result, most won’t be travelling to neighboring cities – like Taipei or Bangkok – unless they’re visiting family. Instead, they’ll be heading to:

–Niseko, Japan, one of the newest popular ski resorts with the elite. Cathay Pacific has a non-stop 4-hour-45-minute flight direct to Sapporo from Hong Kong. Once there, travelers seek out new-age ryokans that are sleek and modern, with private hot tubs in each room. The snow is great and the food is incredible: our insiders say that people do not hesitate to spend $300+ per person for dinner. The sukiyaki is particularly popular during the holiday because of the warmth from the hot pot and the waygu beef. For larger families and groups, there are plenty of villas for rental.

–Tokyo. For those taking a longer break – a week instead of a long weekend – many will combine a trip to Niseko with a stop in Tokyo. One source reports: “In Tokyo, most Hong Kong visitors spend their time going to restaurants — they’re fanatical about the specialty Japanese restaurants serving only steak, tonkatsu, tempura, sushi/sashimi, and soba noodles.” The other major activity is shopping. The Loro Piana store at Gotemba outlet mall is especially popular (it’s about 90 minutes from Ginza). Savvy visitors hire Cantonese-speaking drivers who know all the best destinations.

–Whistler, British Columbia, Canada. Whistler is popular with travelers from Hong Kong because of its relative proximity (it’s a 12-hour non-stop to Vancouver on Cathay, then a 2-hour transfer to Whistler). Many Chinese families have second homes in either Vancouver (West Vancouver in particular) or at Whistler itself (usually a Fairmont or Four Seasons condo). In addition to the ease of access, Whistler/Blackcomb is appealing because of its wide range of food options: the restaurants are great and many employ seasonal Canadian products. One friend reports “Whistler is so popular that during CNY it is not unusual to bump into people you don’t normally see in Hong Kong.” We get it – it’s like Martha’s Vineyard in August for us.

–Beaver Creek, Colorado is the popular destination for Hong Kong families with kids in school in the US. Oftentimes, CNY coincides with President’s Week, so the kids in boarding school have a long weekend to ski (this year, it’s early, so that won’t be the case). Slope-side condos at the Ritz Bachelor Gulch and the Park Hyatt are where you’ll find them. For dining, they head to Vail, where the food options are extensive.

–Europe, especially London, can be a draw. Many wealthy Chinese families have flats in London (culturally, this connects back to the old colonial days when they attended school there). Sometimes CNY coincides with the English public school holidays, making it an ideal time to visit kids who are studying in the UK. Side note: socially, there’s a divide between the wealthy who are schooling their kids in England, and those choosing the US (England is considered more prestigious for high school, and the US for college, as long as it’s the right college).

–Australia is the final spot that is highly popular with the Hong Kong elite. Because CNY coincides with summer in Sydney, and there are numerous non-stop flights (they take 9 hours, but you can do it as an overnight), and there’s no time-zone change, this is a popular option for wealthy older residents who may find it harder to move around. There is a large Chinese population in Australia, so there are plenty of CNY festivities.

You’ve probably noticed a common theme here: food is very important to the Hong Kong elite – if the dining options are not attractive, it’s a knock-out for any travel destination.

So, as a tourist, should you visit Southeast Asia for CNY? Our insiders say that ideally you should go a week or two before the holiday, or perhaps a week after, but not for the holiday itself. They strongly recommend against mainland China in particular as the holiday approaches.

A week or two before CNY, the weather is nice throughout most of Southeast Asia – it’s not nearly as hot and humid as it will be a couple of months later. The large cities will be beautifully decorated: for example, in Hong Kong, the buildings in Central and Kowloon will all be aglow.

The downside of visiting too close to the start, or during the actual holiday period itself, is that if you want to shop, many stores will be closed. Restaurants will be very busy – in Singapore in particular – because families will be gathering. The airports and railroads will start to snarl a few days before CNY itself. In some cases it’s because residents are heading abroad. In others, it’s because they’re heading home. Mainland China’s factories close for 1-2 weeks and for some CNY is the only vacation time they get – the result is a huge migration from Beijing and Shanghai to their home villages (this is the largest annual human migration in the world, hundreds of millions of people travel by train, road or air, so unless that’s your idea of fun, you should probably avoid it).

Never fear – even if you can’t make it to the region in time for this year’s celebrations, there are plenty of great ways to celebrate at home. Any major city with a meaningful population from Southeast Asia will have parades, decorations and special meals somewhere in town. You could have dinner at one of gourmet restaurant Hakkasan’s thirteen locations around the world. If you’re in Manhattan, catch The New York Philharmonic’s concert on January 31 to usher in the CNY: it will feature Puccini s Turandot; beloved Chinese folk songs including “Jasmine Flower”; a new trumpet concerto, Joie Éternelle (Eternal Joy); and Ravel’s Boléro. Want something more tangible? Nike just launched a $160 “Chinese New Year” pair of Air Jordan 12s at Footlocker (adults and kids sizes available).

Happy new year to all! Make it a good one, please, you Fire Roosters. We’re counting on you.