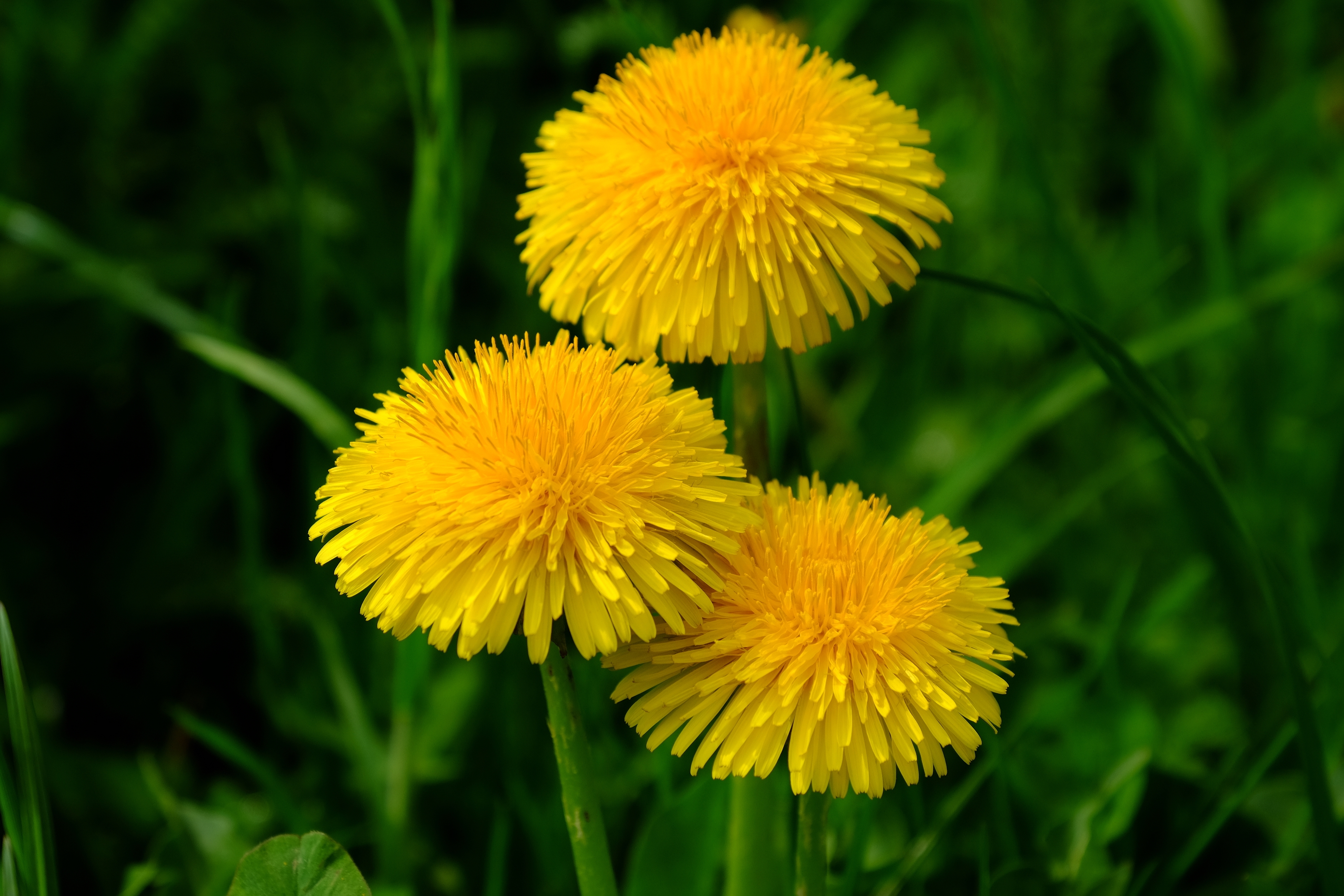 What comes to mind when you think of a dandelion? If you’re a bit of a pessimist (or an avid gardener), you probably think “hard to kill weed.” If you’re more optimistic, you might think “making a wish.”

Both of these things are accurate. Dandelions are deeply rooted in the ground and difficult to dislodge, and yet they become ethereal when their plumed seeds whirl away in the wind.

But what is the true nature of dandelions? Given our name, we here at Dandelion Chandelier have a vested interest in this matter.

Our conclusion? With all due respect to the rooster, this should be the Year of the Dandelion.

At first glance, the sunny buttery flowery head of a dandelion appears to be a single bloom. In fact, it’s composed of hundreds of tiny flowers. The head closes in the evening or during cloudy weather and opens back up in the morning. So you can wish the dandelions sweet dreams at sunset each night if you like. They’re on the same sleep schedule that we are.

Perennials, dandelions can grow in almost every climate in the Northern Hemisphere: hundreds of species grow in Europe, Asia, Northern Africa and North America. They can even be found in the Himalayas. They require almost no support to take root: anywhere there’s a tiny patch of soil or a crack in the sidewalk, you may spy one. For this reason they have come to symbolize the ability to rise above life’s challenges and emerge victorious.

Like many green things, they’re edible, and dandelions have been used by humans for food for much of recorded history. Their young leaves are used to add flavor to salads, sandwiches and teas, and they’re full of vitamins and minerals, including A, B, C and D, plus iron, calcium, potassium and zinc. They have more protein than spinach. Their roots are used in some coffee substitutes, and their flowers have antioxidant properties and can also be used to make beer and wine. That’s one productive plant.

But there’s more. Dandelions are also medicinal: the first known mention of their use by physicians dates to tenth-century Arabia. Dandelion roots and leaves have been used by Native Americans to treat liver problems, heartburn, and upset stomach; dandelion tea was said to calm the nerves and relieve pain. In China, they are believed to help with appendicitis and depression. Traditional Ayurvedic medicine in India also employed dandelions for many of these same purposes. In Europe, dandelions were used for fevers, eye problems and diabetes. They’re a natural diuretic (and can therefore help in short-term weight loss); they can also be used to stimulate the appetite of those who are ailing. Dandelion milk is effective in treating skin problems, including acne. Some believe that they improve the immune system, and in scientific studies, eating dandelions raised the level of good cholesterol in mice.

So far, so amazing. But of course, there’s a downside. Some might say that dandelions are engineered for efficiency, not beauty – that they’re unlovely. It’s true that they are a minor feat of engineering: their grooved shiny jagged leaves point downward, ideally constructed to direct water to their roots. Those distinctive leaves give the plant its name: dandelion means “lion’s tooth” in French. Throughout the ages, they’ve also been referred to as puffballs, blowballs, clocks, Irish daisies, monk’s head, priest’s crown, the devil’s milk-pails, witch’s gowan, and swine’s snout.

Wow. Some of those names are just kind of hurtful. That seems really uncalled for.

If you pick a dandelion while it’s still yellow, a bitter, milky latex juice will be expelled from the broken edges of the stem – when it comes into contact with the hand, it creates a stain that is difficult to remove. Taking them before their time will brand you.

Little children believe that you can tell the time of day by how many breaths it takes to blow all of a dandelion’s seeds away. Folklore has it that if you successfully blow all of the seeds away in one breath, you’ll be granted one wish. That’s a lot of power for something so small.

An astute commentator noted that the dandelion is the only flower that can represent three celestial bodies: the yellow flower is the sun; the “puffball” resembles the moon; and the dispersing seeds are like stars.

It is a little-known fact that dandelions have an important role in the production of honey — they furnish both pollen and nectar in the spring, and continue to do so late into the autumn, after many other plants have called it a day. They’re popular amongst the denizens of meadows, valleys and gardens as a source of nourishment: no less than 93 different kinds of insects, including butterflies, are in the habit of visiting dandelions to drink their nectar. Rabbits love to eat them.

OK, this is not even close. We’ve got all the data we need. Dandelions totally rock.

So starting today, we’re declaring ourselves to be Dandelions. We might even get tattoos! Why? Because if we’re going to tackle whatever challenges we face in life, then we need to be hardy, determined, and indomitable. We need to behave like dandelions. Try to uproot us, and we’ll remain stubbornly in place. Throw shade at us, and we will temporarily retreat, but then we’ll shine again. We may look fluffy and insubstantial. But we are incredibly strong. We may not be beautiful, but you can’t help noticing us.

Every single part of us has a purpose. We’re cosmopolitan, and we can thrive in many different environments. We can even pull off wearing yellow (which is among the most difficult colors to look good in, as everyone knows). We can help you understand what time it is. We age well, becoming lovelier as we go grey. If you get to know us, you’ll be stronger, happier and calmer for it.

Some dream of having the heart of a lion. We aim to have the heart of a dandelion: bright, sociable, uplifting, tenacious – a granter of wishes, a vessel of dreams, a promise of spring.

The world needs more Dandelions. Are you in?