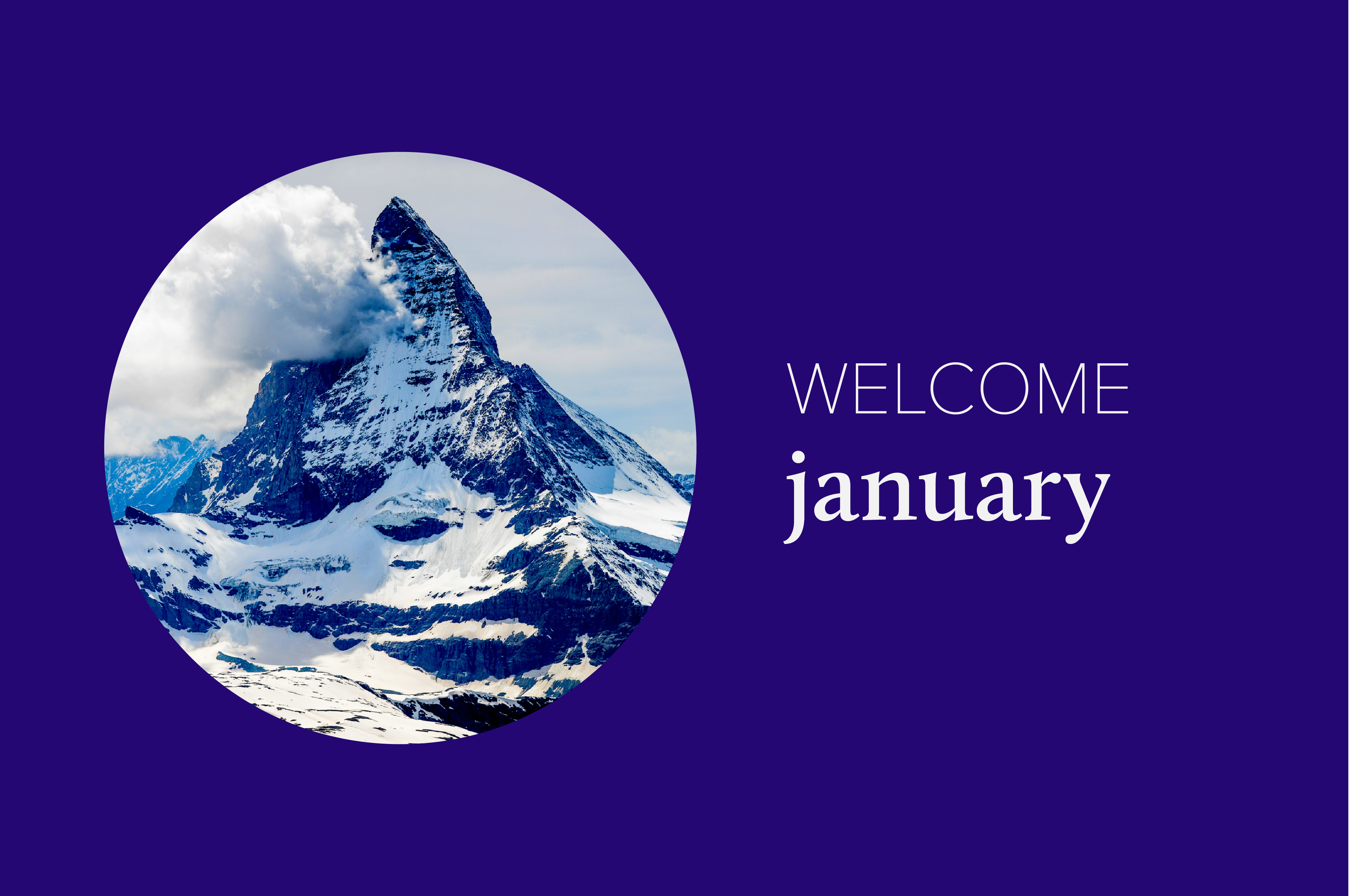 Happy Year of the Rooster! This month, a New Year dawns fresh, and the jet set will be touching down in Switzerland to debate the future of the global economy; attending the haute couture shows in Paris; and heading to Park City for the Sundance Festival. The official color of the year is “Greenery,” so dress appropriately. Here is Dandelion Chandelier’s curated list of the activities that the luxury crowd will be pursuing around the world in January 2017:

–The North American International Auto Show in Detroit kicks off with “The Gallery,” an ultra-luxury automotive event, hosted at the MGM Grand and featuring dinner by Wolfgang Puck and a close-up view of vintage and current models from Aston Martin, Bentley, Ferrari, Lamborghini, Porsche and Rolls Royce – Jan 7

–The Barrett-Jackson Collector Car Auction in Scottsdale, Arizona is widely regarded as a good barometer of the global automotive collectors’ market – Jan 14-22

Luxury Travel. Adventure and exploration are on the menu this month, and the Southern Hemisphere beckons:

–India’s Himalayan Foothills & Andaman Islands. Start in New Delhi and head east to the world-famous tea plantations in Darjeeling. Or visit Rajasthan State, India – Jaipur, Jodhpur and Udaipur – take a safari in Jaisalmer, transverse the desert on a camel, and sleep under the stars

–Argentina. Time for tango and cocktails with the locals in Buenos Aires! Or sip Malbec in the wine capital of South America, Mendoza.

–Zanzibar, Tanzania. This month is the start of high season: experience East African landscapes and wildlife, see the Serengeti by hot air balloon, and camp in the Ngorongoro Crater (16 kilometers in diameter and considered the eighth wonder of the natural world).

–Nicaragua. Rainforests, beaches, and eco-lodges – this is the month with the least rainfall all year. Sandboard down an active volcano, and stay on Jicaro Island amidst crystal clear waters, majestic volcanos and dense jungle.

–Barbados/Caribbean. Island-hop on a yacht from Petit St. Vincent and explore several secluded little islands, such as Petit Mustique, Canuoan and Mayreau. Go windsurfing or take a diving lesson.  Swim with turtles, and take a catamaran cruise around Barbados.

–The Lalit, London, a luxury boutique hotel “blending the best of Indian culture, hospitality and cuisine with the finest Victorian architecture” opens Jan 1

Yacht Races and Shows. A plethora of boat shows and a couple of races are on deck:

–The 14th edition of the Phuket International Boat Show debuts a new feature: the Superyacht Event on a nearby private island, Koh Rang Noi, where attendees can view a variety of vessels for sale or charter – Jan 5-8

–The 48th edition of the international boat show boot Düsseldorf will feature sixty superyachts; boot INTERIOR is a new element focused on interior design and furnishings for mega yachts – Jan 21-29

–Menswear hits the runway this month, with shows each week:

–For the first time, the Salon International de la Haute Horlogerie in Geneva will be open to the public; 17 exhibiting maisons will present their latest collections and discuss future trends in the world of fine watchmaking – Jan 16-20

Food and Wine. New restaurants open their doors, plus festivals and an award-winning bar:

–Bokan (Japanese for “lighthouse”), located on the 37th floor of the Novotel in Canary Wharf, London, offers spectacular views of the London skyline

–Grab a cocktail at New York’s Dead Rabbit Grocery and Grog, the winner of the 2016 Drinks International award for World’s Best Bar

–The Cayman Cookout in the Cayman Islands is hosted by Eric Ripert, accompanied by Emeril Legasse, Anthony Bourdain and Jose Andres – Jan 12-15

Health and Fitness. Desert marathons, world-class snow sports and cycling are all on offer:

–The Laax Open in Switzerland is a high-level international snowboarding event, where men and women compete in halfpipe and slopestyle contests – Jan 16-21

–The 77th Hahnenkamm Race in Kitzbuehel, Austria features the best ski athletes in the world and is a highlight of the World Cup calendar – Jan 17-22

Sports. American football gets even more interesting as the season nears its end, and the competition for the biggest purse in the thoroughbred racing world debuts:

–NFL Playoffs kick off on Saturday, Jan 7 with the Wild Card Round

–The inaugural Pegasus World Cup Invitational at Florida’s Gulfstream Park has the world’s largest thoroughbred racing purse – $12 million – run on a dirt track for 1 1/8th miles, each of twelve entrants have put up $1 million – Jan 28

Cutlure. If the January weather drives you indoors, there are amazing things to do in the world of culture this month:

Award Shows: the Golden Globes will air Jan 8 (Jimmy Fallon hosts) and the SAG awards on Jan 29; Oscar nominations will be announced on Jan 24.

Film. With awards season in full swing, the new release schedule is fairly light, but the Sundance festival will give aficionados plenty to see and debate:

–Live by Night, based on the 2012 Edgar Award-winning novel by Dennis Lehane, is set in the roaring 20s during Prohibition; Ben Affleck directs and stars – Jan 13

–20th Century Women stars Annette Benning and Elle Fanning; set in Santa Barbara in 1979, it’s the story of a single mother in her 50’s who’s raising an adolescent son and who enlists two younger women to help – Jan 13

–Patriots Day is a wrenching account of the aftermath of the 2013 Boston Marathon bombing; starring Mark Wahlberg – Jan 13

–The Sundance Film Festival in Park City, Utah is the largest independent film festival in the US, with almost 50,000 people expected this year – Jan 19-29

–Split, written and directed by M. Night Shyamalan, is a psychological thriller about a man with 23 personalities who abducts 3 teenage girls. James McAvoy is garnering strong early reviews for his performance – Jan 20

–The Founder is based on the true story of how Ray Kroc (played by Michael Keaton), met Mac and Dick McDonald, brothers running a burger operation in 1950’s Southern California; positioned himself to take ownership of the company; and ultimately created a billion-dollar empire – Jan 20

Television debuts. After a month of holiday specials, it’s back to serious TV:

–If you haven’t seen Barry on Netflix (it was a surprise drop in mid-December), watch it now; the tale of a year in the life of young Barak Obama, it’s lovely

–Taboo on FX stars Tom Hardy as an adventurer in the early 1880s who returns to England intent on revenge against the men who killed his father; he falls foul of the all-powerful British East India Company – Jan 10

–Netflix’s A Series of Unfortunate Events is based on the children’s series of the same name by Lemony Snicket; Neil Patrick Harris stars – Jan 13

–The Young Pope on HBO is the story of a renegade new Pope, the youngest in the modern era and an American with a shady past; the cast includes Jude Law and Diane Keaton – Jan 15

–Homeland returns for its 6th season on Showtime – Jan 15

–Billions on Showtime, starring Paul Giamatti, is the tale of a prosecutor bent on bringing down a powerful and wealthy hedge fund founder – Jan 17

–The miniseries War and Peace, already airing in the UK, arrives in the US on A&E, Lifetime and The History Channel – Jan 18

Theater. The talk will start turning to the Tony Award nominations soon:

–Two Broadway shows that were buzzed about in previews officially open:

–August Wilson’s Jitney, directed by Ruben Santiago-Hudson, premiers on Broadway – it’s his first play, and the only one from the American Century Cycle never previously seen on Broadway – Jan 19

—Off-Broadway, there are several new works this month:

–Catch a look behind the scenes of upcoming theater premieres at the Guggenheim: Tony Award winners Patti Lupone and Christine Ebersole will discuss and perform scenes from “War Paint,” an upcoming musical about the rivalry between two cosmetics pioneers – Jan 22

New book releases. There will be excellent options for curling up with a great book:

–Transit, the second entry by British author Rachel Cusk in a planned trilogy that began with her well-received 2015 novel Outline – Jan 17

–Human Acts is the new novel from Han Kang, author of the Booker prize-winning novel The Vegetarian – Jan 17

–Globalfest will bring its flagship concert to Webster Hall in Manhattan with artists whose music is inspired by cultural exchange; India, Ghana, Portugal, Estonia, Argentina and Cuba will all be in the house – Jan 8

Visual Arts: Here’s your impetus for a spontaneous trip to Paris, LA or Montreal:

–One of our absolute favorite museums in Paris is the Musee Jacquemart-Andre, a lovely house museum featuring wonderful art on an intimate scale; its current exhibition features 50 works by Rembrandt – until Jan 23

–Marisa Merz: The Sky Is a Great Space – the Met Breuer will present the first major retrospective in the US of the Italian painter, sculptor, and installation artist – beginning Jan 24

Man, that’s a lot of great stuff to explore! Get your calendar out and start planning. In addition to all of that, Martin Luther King Jr. Day is the 16th and the U.S. Presidential Inauguration is on the 20th. Wherever January takes you, we hope you make a fresh start at something brilliant.

0 comments on “Luxury Calendar: The New and Not-to-be-Missed in January”