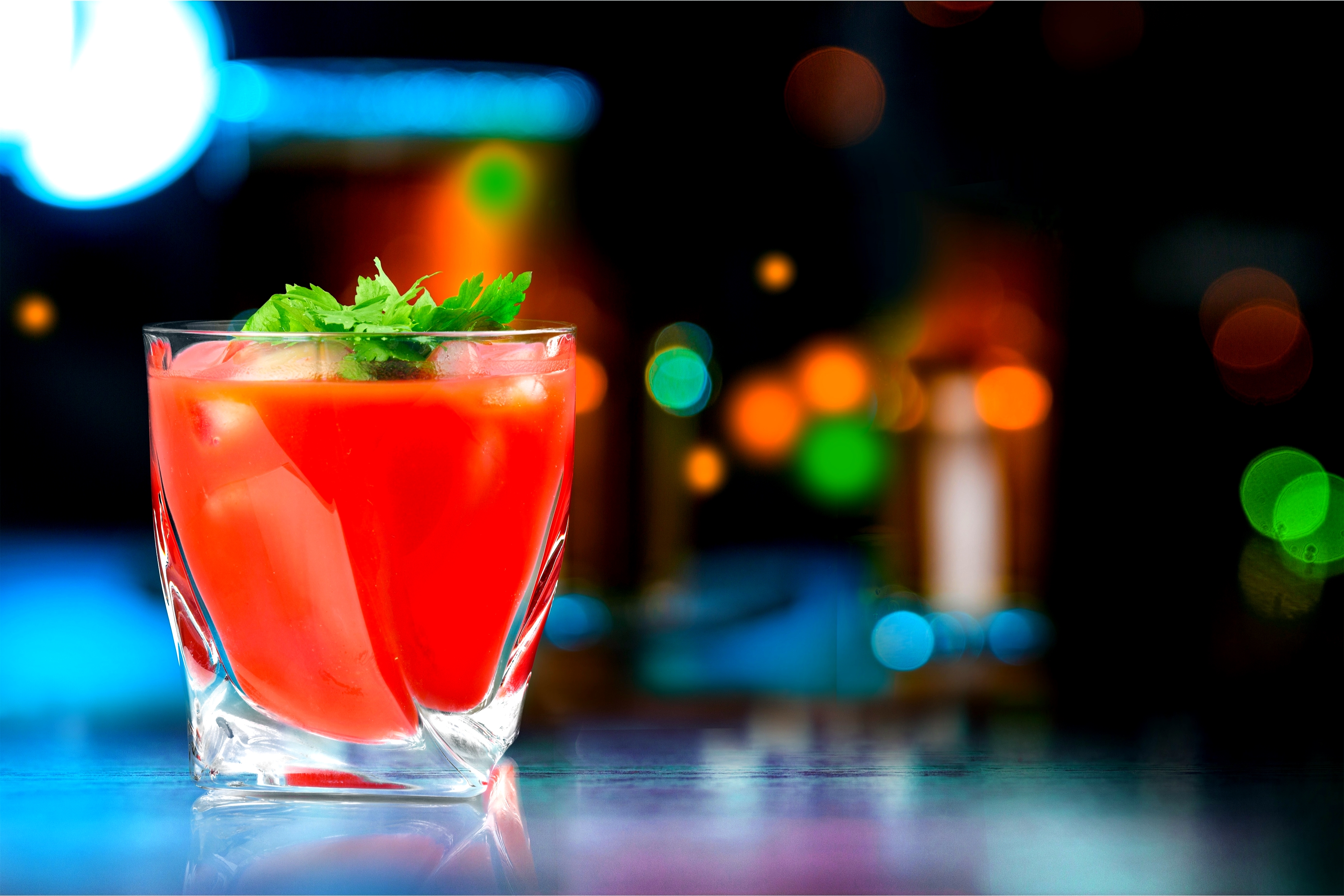 There are still a few things in life that you cannot buy your way out of. One of them is a hangover. Even some of the wealthiest among us are likely to drink just a wee bit too much on New Year’s Eve, triggering a search for hangover cures the next day.

Hey, it happens. The French call it gueule de bois (“wooden mouth”), but we think the Scottish poet laureate Robert Burns described the dilemma most eloquently: he apparently reported feeling “ramfeezled and forswense.”

If money is no object, what’s the best cure for a raucous New Year’s Eve? We surveyed our luxury class friends all over the world, and this is what we found. As fellow Wolf Pack members, we suggest that you read this now, and plan accordingly. You’ll want everything in easy reach. By tomorrow morning, it’ll be too late.

Let’s start with the old school. Everyone has been told that the “hair of the dog” is the best hangover cure. Meaning: drink more alcohol! Where did that logic come from? According to our friends at the Oxford Dictionary, the expression is a shortening of “a hair of the dog that bit you,” and it apparently comes from an old belief that someone bitten by a rabid dog could be cured of rabies by drinking a potion containing some of the dog’s burned hair. Yum!

Of course you could drink more. You could even go all Ernest Hemingway pre-prohibition, and mix up a Corpse Reviver (vermouth, Calvados, and Cognac) or a Corpse Reviver #2 (Cointreau, gin, lemon juice, Lillet, and absinthe). It would be a grand gesture, but potentially a tragic one – a rather fruitless way of kicking the can down the road.

Other old school remedies that we don’t personally recommend? A big greasy breakfast; Alka-Seltzer; a Prairie Oyster Cocktail (raw egg, Worcestershire and Tabasco sauces, salt and pepper); umeboshi (a pickled fruit from Japan); and haejangguk (a spicy “hangover soup” from South Korea). The ancient Romans believed eating a fried canary would help; the Greeks opted for cabbage. We’ll take a hard pass on both of those.

If you find yourself in Romania, you might consider a prayer to Saint Vivian, the patron saint of the hungover. It’s said that avoiding darker-colored drinks (red wine, bourbon) will lead to a less painful hangover. Urban Legend? You decide.

You could try an over-the-counter “hangover pill” like Chaser or PreToxx; or designer Alexander Wang’s Jedi mind trick to prevent a hangover in the first place: “If you think, ‘I’m going to drink tonight, I’m going to make it tomorrow, I’m going to suck it in’ [you’ll be okay].” Yeah, right, that’ll totally work.

When you’re ready to seriously sober up, here’s what our Dandelion Chandelier panel of elite experts recommend:

–Our Swiss bureau chief reports: “If hangover hits, I think the best way to cure it is to drink a few glasses of water; I add a spoon of sea salt or Himalayan salt. Exercising to sweat out the poison or spending time in the sauna/steam bath also helps. A Bloody Mary is also a good cure, but the effect is somewhat short-lived.”

–From the Bay Area, comes this from one of our sophisticated friends: “The best remedy for hangover is DripDrop Hydration Powder, invented by a physician here in San Francisco. You mix it (preferably) with a big glass of water before you go to bed (or pass out). Of course it’s primarily used for dehydrated refugees/war/natural disaster victims. But it’s remarkably effective on hangovers, too.”

–Our LA correspondent swears by cold pressed green juice and a cold shower.

–Our cousin, the millennial, chimed in with Lime Ginger Juice From Blue Parrot Cleanse (It’s like Gatorade but without the dyes and sugar); she also recommends detox bath treatments from Pursoma – they’re made from whole, raw and organic materials like French sea salt and Loire Valley Clay.

–The Adventurous Globe-Trotter says: “My favorite’s kombucha,” a probiotic tea that can be consumed straight up or used as an ingredient in a morning cocktail. She also recommends “miso soup for breakfast; 2 Advil; and 2 Nalgene bottles of water.”

–A chic friend says it’s all about H2O – she recommends drinking copious amounts of water throughout the evening – one drink, one glass of water – and also suggests ordering on the rock so that the ice cubes provide hydration.

–The sporting crowd seems to like the idea of oxygen bars or an oxygen tank. A few hits from a tank can help regulate the oxygen in your blood and aid in preventing nausea, headaches, and achy muscles. It can also help clear your head. The St. Regis in Aspen offers oxygen treatments with champagne as their luxury hangover cure.

–From the desert Southwest comes word of a prescription-strength pill, ReboundRx, developed by a Phoenix-based orthopedic surgeon. It inhibits the release of cytokines, which are the source of many of the unpleasant elements of a hangover. It has to be prescribed by a licensed medical practitioner, and is to be taken before bed on party night.

–But the center of all expertise on hangovers and how to make them disappear has to be Las Vegas. The people with PhDs in hangover recovery say that IV treatments that include a boost of vitamins like B1 and B12 are the best way to go. The problem is that you need access to someone who can administer them. If you’re in Vegas, for $150, Hangover Heaven will send a team to your hotel room with everything you need. If you’re in the Hamptons, $250 will get you a house call from The IV Doctor. Some nurses moonlight providing these IV drips to earn some extra income, so you could ask around.

No time for any of that? You can fake sobriety and look – if not fully rested – then at least not fully a wreck, by following these 5 steps from the beauty industry experts:

1.  Remove your makeup from the night before (you gotta start somewhere)

2.  Apply toner, a hydrating facial mask, and then eye drops (our beauty editor says Rohr’s are the best)

4.  Avoid the temptation to use heavy eye-makeup: no liner, no shimmer, keep it simple

5.  Throw on some lipstick, a light layer of tinted moisturizer, and a killer pair of sunglasses

So what do the true experts – the doctors – have to say on this subject? The over-arching themes are: hydration in the most efficient form possible; a digestive aid of some type (bubbles seem to help); a mild pain reliever (but Advil, not Tylenol) and the passage of time with no further alcohol intake.

Other doctor-recommended cures? Take a multi-vitamin to restore nutrients; if you’re a caffeine addict, have a small cup of joe to avoid a caffeine-deprivation headache on top of the one you already have; have some simple carbs (plain toast or crackers – not hash browns); get some rest (intense exercise is a really bad idea because you’re already dehydrated – but a walk might be good as long as you bring water; sleeping it off actually works if you can do it).

We need to grab our party shoes, so you’re on your own from here. Good luck, cowboys! Here’s our parting thought. One of the best suggestions we found when researching this pressing topic was that listening to country music is a helpful restorative (in combination with some of the remedies above). It helps pass the time, it allows you to feel less lonely, and really, you were probably singing loudly the night before anyway, so why not keep it up? But which tune is most suitable? One writer summed up the criteria brilliantly: “a proper hangover song must have equal parts regret over what you’ve done, and pride that you’re such a badass that you actually did it.” Who better than Johnny Cash to understand and empathize at a time like this? Check out Sunday Mornin’ Comin’ Down. It may not cure you, but it’ll definitely make you feel better.