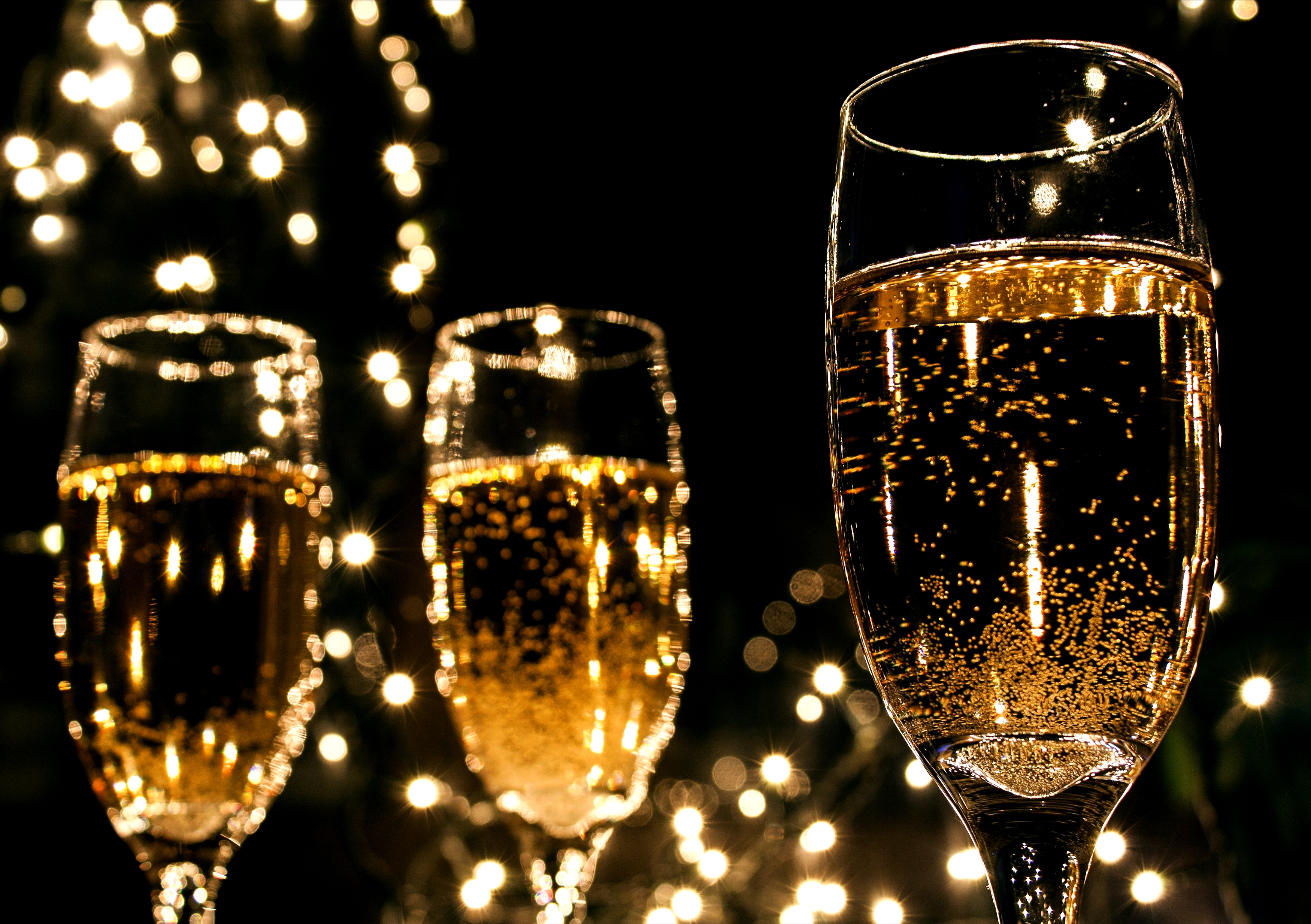 It’s been an interesting year, and now it’s almost time to say goodbye. We’ve asked around to find out where the glitterati will be donning their party hats on December 31, and as always, we’ve found an eclectic mix of destinations and tempos amongst the jet set.

Whether your idea of the perfect New Year’s Eve is a raucous party with fireworks and a big crowd, or a more subdued, reflective celebration, here are some ideas that we hope will inspire you to make it a truly luxurious night as you transition from the past and into whatever the future may bring.

–St. Barth’s is still the center of the universe for the luxury set on New Year’s Eve. The parties in Gustavia Harbor – whose waters will be filled with the world’s largest yachts – start mid-day and last well into the night. The day begins with a “round-the-island” regatta, followed by house parties, yacht parties, house-then-yacht parties, and ultra-lux hotel parties (don’t miss the one at the Eden Rock). People “yacht hop” before the fireworks. Major artists like the Black-Eyed Peas and Justin Bieber are flown in to perform at competing private parties (last year, Prince performed). In the midst of it all, you can don your 6-inch stilettos, or just come in your flip-flops. Whatever you do, just don’t be late for the tender, or the mega-yacht party will start without you.

–Sydney. Its summer in the Southern Hemisphere, and the New Year’s Eve party in gorgeous Sydney Harbor is one of the best in the world. The lights of the fireworks reflecting off the Opera House and shimmering over the Harbor Bridge are stunning. Some prefer to view them from luxury yachts, others from neighboring high-rises. The city expects over a million people to attend the fireworks this year, so plan ahead.

–Paris. You know how we feel here at Dandelion Chandelier: Paris is always a good idea. New Year’s Eve is no exception. The penthouse suite at one of our favorite hotels, the Four Seasons George V, runs $30,000 per night. It provides the best possible view of the midnight fireworks over the Eiffel Tower (and you can grab dinner at the hotel’s Restaurant Le Cinq beforehand for $1,300 per person). Tres bien!

–New York City. Here’s the thing: no member of the 1% will actually be on the ground in Times Square for the dropping of the famous crystal ball. Some might be in nearby office buildings, warm and comfortable high above the crowd. Or possibly at the 5-star Marriott Marquis. The vast majority, however, will be doing other things. Some will be running in the annual New York Roadrunners 4-mile Midnight Run in Central Park, and watching the fireworks there afterward. Some will be at the NY Philharmonic’s annual concert at Lincoln Center. Many more will be at swanky black-tie parties at their private clubs, where there’ll be a buffet of lovely food and a live band playing swing music that will transport everyone back to Old New York. Some will be at the homes of their friends on Fifth or Park Avenues. If you want to hang with them, start networking now for an invitation. Just realize that most of them will be out of town. ‘Cause that’s how they roll.

–Hong Kong. Victoria Harbor will be filled with junks, and the shoreline will be filled with people, all waiting to watch the fireworks. In our experience, the best place to be is in a high-rise – either an office building or a hotel, both Hong Kong side and Kowloon side work perfectly. Being on the water can be the experience of a lifetime, but there is such a thing as an aquatic traffic jam, and you will definitely be in one if you decide to celebrate on a boat. We’d suggest viewing it all from your room at the Intercontinental or the Ritz instead.

–Vienna. For an elegant end to the old year, and a graceful beginning to the new, it would be hard to do better than to be in Austria. The Vienna Symphony will perform Beethoven’s Ninth, and the State Opera will perform Die Fledermaus. There are fireworks over the Danube, and at midnight, the ringing of the Pummerin bell in St. Stephen’s Cathedral. The New Year’s Eve Trail is a casual outdoor celebration in the streets of Vienna. The New Year’s Eve Ball at the Hofburg Palace, the former imperial winter residence, is a great deal more formal – this is your chance to dance the quadrille wearing black tie in the imperial state rooms. It’s your call. Waltz in the New Year in whichever way fits you best. Just be sure to save room for the sacher tortes.

–Dubai never does anything by half, and that includes New Year’s Eve. In 2014, the city set a world record for the largest fireworks display: 479,651 shells were released in just six minutes. If you go, you could take a desert safari and host a party under the stars, or you could take a dinner cruise on a dhow. Or you could just go for broke and rent the Burj Al Arab Jumeirah’s Royal Suite for $15,000 per night. Depends on how good a year you really had.

–Rio is clearly trying to give Dubai a run for its money in terms of primacy on the big night. Reveillion is the name of Brazil’s New Year’s Eve celebration. The fireworks in Rio happen over Copacabana Beach, and the Copacabana Palace hotel has a $1,430 per person dinner on a balcony where you can have a prime view. Remember, they’re just warming up for Carnival. So pace yourself.

–Tokyo. For those seeking something more spiritual, turn your eyes to Japan. New Year’s is an important religious celebration here; many people return to their home towns for the holiday. Near midnight, instead of fireworks, across the country Buddhist temple bells ring 107 times before the clock strikes twelve, and once after, in a ceremony known as Joya no Kane. In Japanese Buddhism, it is believed that an individual experiences 108 worldly desires throughout life; ringing the temple bell to banish each one allows for a fresh start in the New Year. The Watch-Night Bell in Tokyo is a particular draw (I find it wonderful that a spiritual Watch Night is also a tradition in African-American culture; many devout black people attend church on New Year’s Eve). In some temples in Tokyo, visitors can ring the bell. There are traditional haiku that celebrate the “firsts” of the New Year, including the first laughter, and the first dream (leave it to Western culture to focus only on the first kiss). Hatsumode is the first temple or shrine visit of the New Year, during which worshippers receive a fortune for the New Year. It is common to send New Year’s Day postcards, and traditional foods during the holiday are osechi, a selection of dishes that keep well without refrigeration (because most stores are closed), and toshikoshi soba (buckwheat noodles). The Mandarin Oriental, the Park Hyatt, or the relatively new Aman Tokyo would all be great places to stay.

–Banff, Alberta, Canada in the Canadian Rockies is a perfect New Year’s Eve spot for the snow bunnies who aren’t ready to come in from the cold just yet. Canada turns 150 years old in 2017, so the festivities will be particularly elaborate this year. Banff offers an outdoor family-friendly party downtown. The Fairmont Banff Springs, located in Banff National Park (a UNESCO World Heritage site), looks like a beautiful winter dream castle; the hotel hosts the biggest party in town in New Year’s Eve, with a 4-course dinner in the ballroom, live music and dancing. There’s a torchlight parade on the mountain, too.

Can’t decide? PrivateFly is offering 18 people the opportunity to celebrate New Year’s Eve twice: once in Sydney, after which guests will board a Gulfstream G650ER for a 12-hour flight, and land in Los Angeles in plenty of time for a second midnight party. The cost is $10,700 per person. I’m sure that some would say it’s priceless (if you ask me, I think it totally depends on who else is on the jet).

Personally, I prefer a quiet New Year’s Eve. I’ve found that the rest of the year tends to bring me adventure enough. This year, I’ll just be with my family, outside somewhere, looking to the sky. For fireworks, for starlight, for moonlight – for any available celestial illumination to help light the path forward.