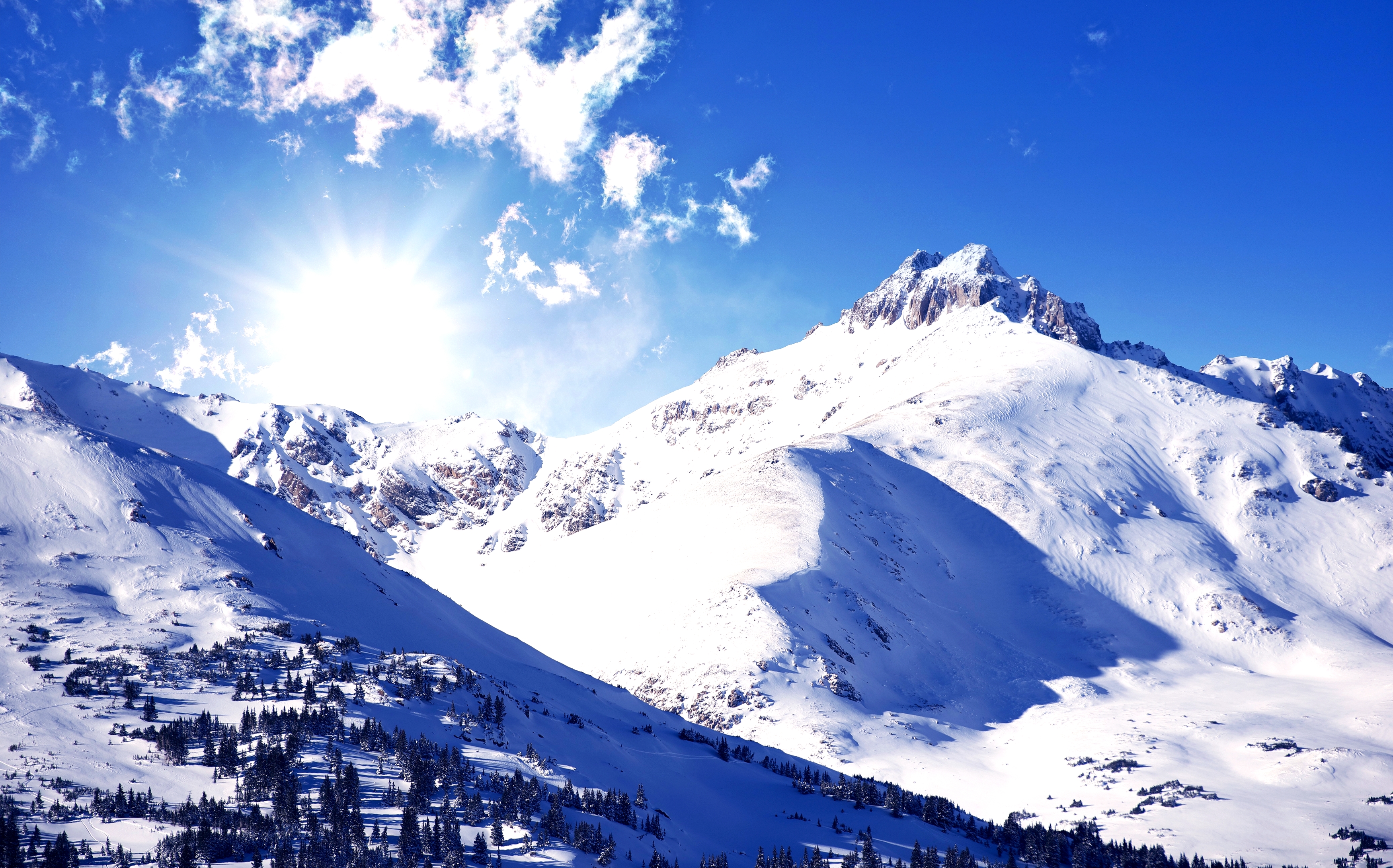 A couple of weeks ago, after the first snowfall and before the start of the high season, I took a trip to Aspen to investigate whether it still lives up to all the hype and excitement that its very name engenders.

We have friends who swear by Vail, Telluride and Park City, but there’s just something about Aspen that seems to epitomize the glamour of skiing Out West.

So does it live up to expectations? Dear reader, it actually exceeds them. (I should mention, BTW, that not a single place that I mention here is paying me or giving me anything for free — we spend our own money here at Dandelion Chandelier so that you get the real story on what’s worth paying for and what’s not).

After some discussion about various properties, my travel agent booked me into The Little Nell, which is the only 5-star 5-Diamond hotel in Aspen. The other two properties we considered were the St. Regis and the Jerome. More about both of them in a moment.

Upon arrival at the airport in Aspen, I was greeted by a staff member from The Little Nell who was driving one of the resort’s fleet of steel grey Audi SUVs. He took my bags and in only 15 minutes or so, we were pulling into the hotel driveway. From the outside, for a hotel that garners such rave reviews, it doesn’t look like much: it’s a reasonably non-descript 4-story structure that nestles at the base of Aspen (also known as Ajax) Mountain. But the lobby is warm and charming – it was beautifully decorated for the holidays. My room was on the fourth floor, and had a spectacular view of the mountain, the lift, and the hotel pool. I had a balcony, a fireplace, a dining room/work table and plenty of room to spread out. So far, so excellent.

I’d decided to rent all my gear, including boots, because I didn’t want to travel with my own, and didn’t want to risk shipping everything ahead. Four Mountain Sports has nine locations in town, one just across the street from The Little Nell. I was impressed with the quality of the rentals available (check our prior post about luxury ski gear) – and when I asked about skis designed especially for women, the representative upgraded me to a higher level rental for free so that I could test the newest K2 skis for women (they were great). The boots were Technics and the helmet was a brand-new Giro. And the rental process took no more than 15 minutes. Loved that.

I went exploring on foot and quickly discovered that one of the charms of Aspen is that it is a very walkable town — the streets are a perfect grid, it’s impossible to get lost – and everything is pretty much a 10-minute walk from everything else. My priority was checking out the town bookstore, and I wasn’t disappointed: Explore Books on Main Street is one of those lovely cozy establishments that you can get lost in for hours. The staff has detailed knowledge of all of their inventory, they clearly love books and read a lot, and they were terrifically helpful in getting some of my Christmas shopping done. As I walked back to The Little Nell, the holiday lights were coming on all over town. The streets were just crowded enough. I grabbed a carrot cake square to bring back to my room from the Paradise Bakery (it was mad crazy good). After dinner at the Ajax Tavern – known for its burgers, but a fine choice for anything that could be described as comfort food – I was out like a light.

The next morning, I had breakfast in the hotel’s main restaurant, Element 47. It’s sleek and modern, and also small-scale and intimate – like many of the other elements of The Little Nell, it feels like being in the home of an elegant and gracious friend. The breakfast buffet has every item imaginable. By the second morning, the entire staff knew my name and what I wanted to drink (hot coffee, and plenty of it).

Then it was ski time. All of my rentals had been delivered straight to the hotel so I never had to touch them. The hotel’s ski concierge took my already-warmed ski boots and helped me put them on, handed me my helmet and then sent me to the front of the hotel, where my skis, poles and ski teacher were all waiting for me. That’s as hassle-free a morning as I have ever had at a ski resort.

For those who haven’t been there, one of the many beauties of Aspen is that there are four mountains within easy range, each with different features. Ajax is for intermediate and experienced skiers; Buttermilk is ideal for beginners and intermediates; Aspen Highlands and Snowmass both have varied terrain and backcountry opportunities. So you can easily spend a week here and never get bored. And as your skills and confidence grow, there will always be a new mountain or a new trail waiting for you.

My teacher was terrific – we skied 6 hours a day, and I learned a lot from him. I’m used to skiing in New England, and it really is a different experience Out West. People say that once you’ve skied the Rockies, you won’t want to return to the East, but I disagree. I love them both, for different reasons, and I’ll definitely be doing both in the future.

But back to Aspen. ALL of the major European designers have stores there, with the exception of Chanel. So you can ski all day, and then visit Dior, Valentino, Gucci, Dolce & Gabbana and Louis Vuitton (can I just say, this is my definition of paradise?) The stores are not the typical “resort” stores that stock only handbags. I visited all of the above, and they had a deep and varied assortment of ready-to-wear, shoes, bags, and other accessories. And the salespeople were all incredibly friendly.

Over the course of my visit, I had dinner at Acquolina Trattoria, Cache Cache and Element 47. They were all outstanding and there were at least five other places I wanted to try for dinner that I just didn’t have time for. If you’re looking for a noisy, happy après-ski bar, Chair Nine at The Little Nell will suit you – it was jam-packed every night of my stay.

The staff members at these restaurants were also incredibly nice. You can get a good sense for a town’s character by how you’re treated randomly by others. I think the best test of how well a ski resort is run is how engaged the lift operators are with the guests and the other staff members (if they’re zoned out or cranky, there’s a problem). On both counts, the vibe in Aspen is among the warmest and best I’ve experienced. It could be the legalized marijuana, but I don’t think so.

What about the other hotels? I ventured into both the St. Regis and the Jerome, and here’s my take, for what it’s worth. The Jerome is on a busy street, and is very “Old West,” both in terms of vibe and architecture. Two people seem to stand guard in front of the hotel at all times, and they wear black cowboy hats, which I found rather off-putting. Inside, there’s an internal atrium that allows in lots of natural light, which is needed because the decor is dark wood, Tiffany-style lamps, and other accoutrements that you would expect from a really old pioneer hotel. It has three restaurants—J Bar is highly recommended for après-ski. For me it would be a great stop for a meal, but it would not be the right hotel – but you might love it.

On the other side of town, the St. Regis is gorgeous and quite large. Walking into the lobby feels like walking into a grand European hotel. The architecture is Gothic, which is both impressive and imposing. When I visited, the lobby and surrounding areas were full of people, many with young kids. There’s a large outdoor courtyard in the center of the hotel that hosts a huge Christmas tree this time of year. The holiday decor inside and out was stunning: there’s a gingerbread village with 20 “homes” in the main lobby (a darling three-year old girl in a red sweater tried really hard to lick one of them before her dad intervened) and in another wing of the hotel there is a lounge with a roaring fire and a large Christmas tree that was inhabited when I peeked in by a man with two incredibly cute little dogs wearing plaid vests. It could not have been any more Currier & Ives. Really lovely. My verdict? If you are traveling with kids or a large group, or you just want to be around a lot of people, this is a great choice for a high-style, grand vacation. I wanted calm and quiet on this trip, so for me The Little Nell was ideal.

I’ll be scouting out other Luxury Legends going forward, and I’ll give you my honest opinion on whether or not their best days are behind them. Aspen gets an A from me (and I think I’m a tough grader). Last word? I discovered that it’s a fine luxury to be able to take a couple of days of “me time” before the holiday crush. I’d never done it before, never had the time, and it’s the best present I’ve given myself in long while. You should do it next year if you can.

1 comment on “Luxury Legends: Is the Hype About Aspen Still True?”