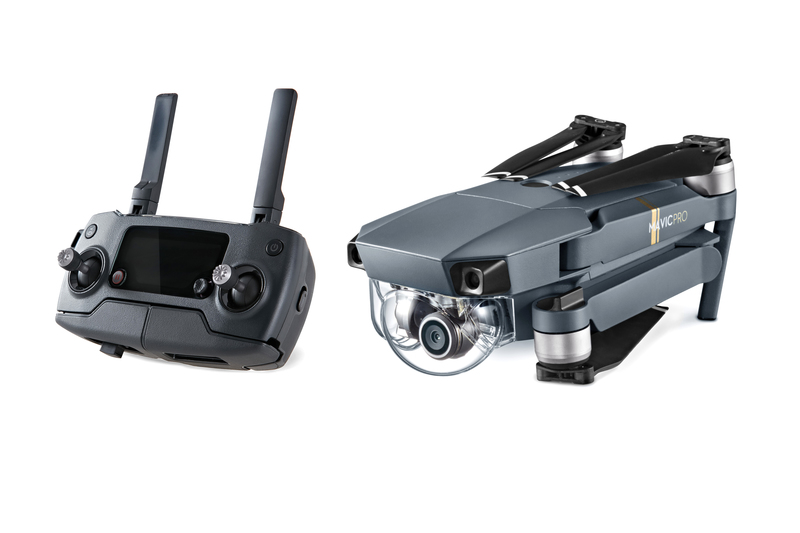 Selfie sticks are SO last year. For your next vacation, you should bring along the next cool thing in luxury tech: a drone that will follow you down the mountain, or through the waves, or hover beside you at poolside, all in the service of documenting you at your holiday best, even if you’re vacationing solo.

What happens when you combine a drone, a GPS and a small digital camera? The selfie drone!

Just in time for holiday vacations, there’s a new way to document and share every moment of your life. Drones are getting smaller and smarter, and the next generation of them have “follow me” capability. Meaning that if you have a GPS on your person, the drone can tag along behind you (actually, above and behind you), with no additional input or steering from you, and it can capture all of your exploits for posting (from only your best angles, of course).

I came across this news when researching winter snow sporting gear. And then again when looking at the newest smart suitcases. “Follow me” technology is proliferating, portability is the new buzz word in drone development, and these mini-drones are the natural outcome. Why have a GoPro camera on my helmet, when I can be in the shot using my own drone?

As you might expect, the first generation of these follow-me drones are not as fully functional as one might hope. A quick scan of the tech websites reveals that the true technologists are a bit disappointed by some of the current crop, although they’re bullish on the long-term prospects for this category. Specifically:

–In September, DJI debuted the Mavic Pro; it’s the size of a third of a sheet of paper, and it folds up for easy carrying. It features human tracking and gesture control to take selfies, and also has collision avoidance and 4K 12 megapixel camera. It can remain aloft for 27 minutes before needing to be recharged. Prices are $749 for the drone; $999 for the drone with a remote control; and $1,299 for a deluxe package that includes extra propellers, a carrying case and a charging hub. The tech reviewers say that this is the best portable drone currently on the market.

—Ehang launched the Ghost Drone in 2014, and last month launched the 2.0 version, to mixed reviews. The new version comes with first-person view (FPV) goggles so that you can see exactly what your drone sees, and it too has a 4K camera. It delivers 17-20 minutes of flight time on a single charge. Coolest feature? It has tilt sensors, so that when you tilt your head up or down, the drone follows suit. It sells for $400 without the goggles, and tech reviewers felt that it was flimsy, a real problem since it has no collision avoidance capability – if it crashes hard, its game over.

—ZeroZero Robotics’ Hover Camera Passport is tiny – about the size of a paperback book. In addition to taking selfies, it can track faces and objects, and its carbon fiber props protect users from harm and also make this drone pretty durable – tech reviewers say it’s not as quick and nimble as larger portable drones, but it’s one of the easiest to use. It lists for $599.

–The unique feature of the Staaker selfie drone, three years in the making, is that in addition to being able to follow you via a GPS wristband, it utilizes artificial intelligence to anticipate and predict your next move, leading to better shots and videos. It can fly up to 50 miles per hour (mad crazy!), and has a flight time of 30 minutes. It utilizes GoPro’s Hero4 camera and fits inside a standard backpack. It lists for $1,795, including a carrying case.

–The Yuneec Breeze is the company’s smallest and lightest drone; it’s easily packable due to cleverly designed folding components. Its 4K camera can shoot 13 megapixels for still shots; it also has an indoor positioning capability (parents everywhere will appreciate this). The weak spots are durability (it’s made of hard plastic), and limited speed and range. The drone comes with a carrying case, and lists for $500.

—Parrot’s Disco is not a typical quadcopter – it’s a fixed wing unmanned aerial vehicle that looks like a miniature airplane. It has a 14 megapixel camera, and flight time of 45 minutes, much longer than a quadcopter (because its wind resistance is much less). It comes with cockpit glasses for first-person viewing and a small controller that is easy to carry. Reviewers say it’s really durable, and smooth flight makes for better videos. The downsides? It cannot hover, and it’s a bit hard to land – it’s also pretty noisy. The list price is $1,299.99.

—AirSelfie, based in Milan, is in the midst of a Kickstarter campaign to go into mass production with the smallest selfie drone yet. Their first model is small enough to fit into a standard smartphone case. If all goes well, next April they’ll be ready to mass-produce the devices. It’s currently priced at under $300.

I’m seeing all kinds of applications for this new technology: I can have a drone follow my kids around so that I can see what they’re up to! I can take “selfies” with very large groups of people. I can direct and star in my own movie (actually, I am more likely to film my own music video, but you get the idea). I can totally freak my dog out by bringing the drone along when I walk her. No one can mug me if my drone is following me – this will be like having my own personal security guard!

I’m also seeing all kinds of carnage – little drones crashing into birds and windows, being shot down with rocks and BB-guns, being used to stalk or harass people. Every bright shiny new thing has a dark side.

So I am also seeing some new business opportunities in creating devices to block, distract or destroy these little drones. We all need to think about which side of this we want to put our money on.

In the meantime, we here at the office are already starting to think of names for our soon-to-be new best pals. Little Brother? SpyCam? The Flying Minion? We’ll get back to you on that one.

Still looking for more info on drones? Check out our Pinterest!

1 comment on “Why Go Alone When You Can Travel with a Selfie Drone?”