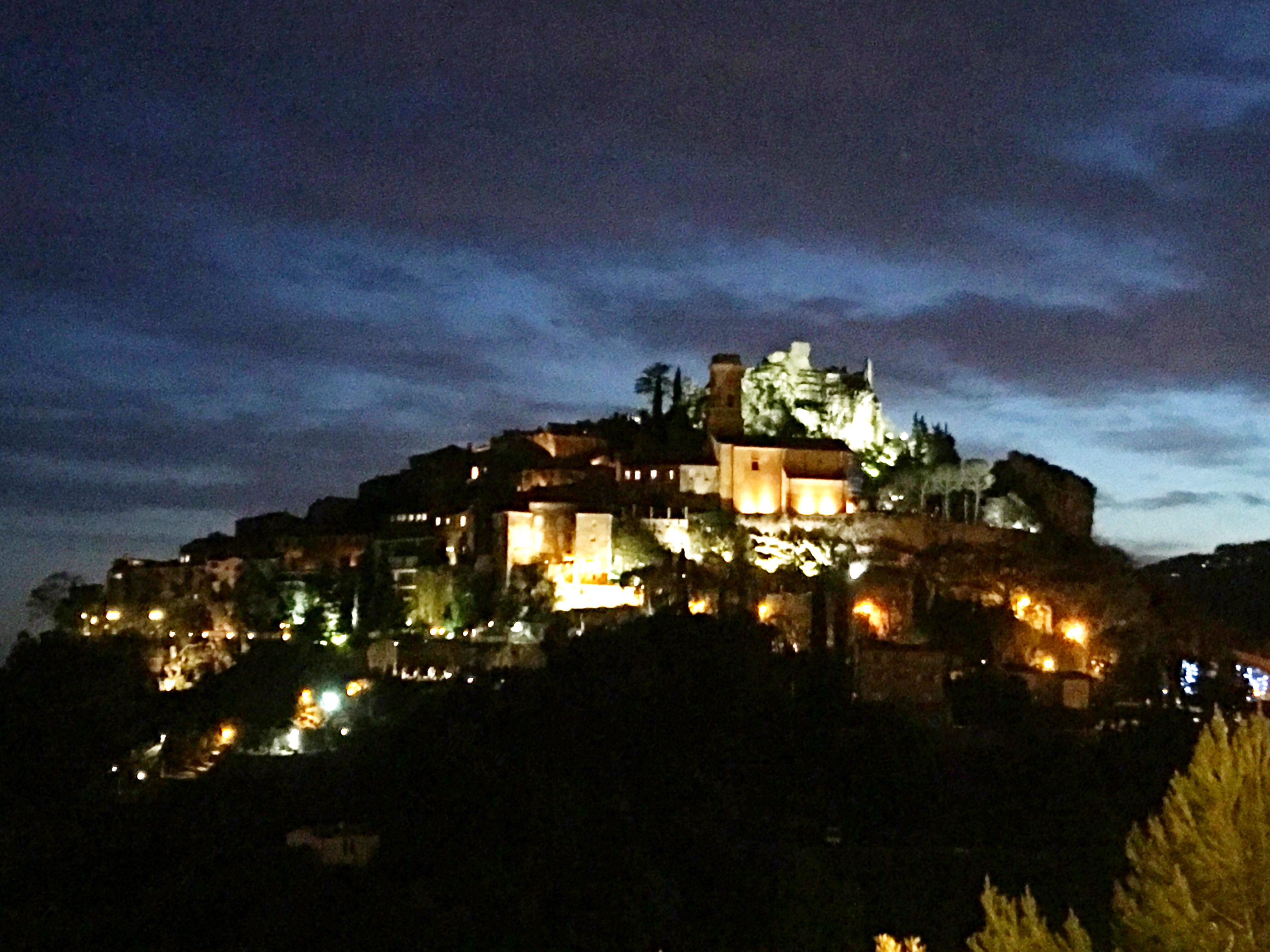 It’s hard to remember it now, but the very idea of being able to go outdoors safely at night was once a luxury reserved for only the wealthiest people. Without the proper transportation and protection, the night was treacherous, even lethal. In such circumstances, light itself was a luxury item: expensive, rare, and granting freedom of movement for the elite, while others traveled in fear, if at all.

Fast forward to the current day, and arguably the situation has reversed. Light pollution has made it quite difficult to actually see the night sky. Wealthy people who live in rural areas – or who have second or third homes in such places – frequently complain about too much light. Darkness, it seems, is the new luxury.

We decided to explore this dichotomy as part of our continued quest to understand the nature of modern luxury. From time to time we’ll have a “Luxury Lookback” at other commonplace items and experiences that were once luxuries (and may become luxurious once again).

Today, December 21st, in honor of the longest night of the year – the winter solstice – here’s what we found when we delved into the history of darkness.

Before lighting was readily available and affordable, the night was a truly dark place, both literally and figuratively. Nightfall heightened risks of all kinds: stumbles, drowning, fires, and crime. It provided a cloak for political insurrection. Darkness triggered fears of demons, witches and ghosts. People spent most of their time after sunset in bed, feeling anxious and trapped. Those who ventured outside at night were immediately suspect.

This suspicion led, in some societies, to false accusations and overt distrust and dislike of unknown strangers and “the other” (in Italy, the saying at the time was “at dusk, you can’t tell a hound from a wolf”). In Paris there was a law requiring that every night, everyone had to surrender their keys to a magistrate, go home and lock themselves in the house. Thus was the first known curfew established.

Some people even think that the victimization of bats – the quintessential creatures of the night – was the result of this fear of the night. “Nyctophobia” is the clinical term for the severe fear of darkness and the night (it’s usually seen in children) – and the entire genre of horror movies surely springs in part from this primal fear.

Of course, darkness wasn’t (and isn’t) unequivocally bad. There were positive, even joyous events that facilitated friendship, romance and a sense of personal freedom after dark: camaraderie at the local pub; aristocratic masquerade balls; harvest suppers and dances; sitting beside a fire telling stories; reading or writing books by candlelight. Some oppressed people, like the slaves in the American South, found temporary solace and liberation at the end of the day under the stars.

The fascination in many cultures with the moon becomes readily understandable in this context: it was a reliable source of light for a few nights each month, enabling more activity and movement than at any other time. One commentator noted that certain works of fiction also take on deeper meaning when viewed through this lens: when Shakespeare penned “A Midsummer’s Night Dream,” most people – even the very wealthy – were largely confined to their homes at night, making the idea of a tale that reveals what happens in the forest at night even more enchanting to audiences then than it is to us now.

So how did human civilization ultimately devise ways to light up the night?

–Our ancestors used fire; then they ignited hollow rocks and shells filled with moss coated in animal fat; then came oil lamps and lanterns (fueled at first by plant-based oils – whale oil came much later)

–Author Jane Brox shares some other techniques employed centuries ago: in the tropics, people would trap fireflies in a jar and fashion lanterns out of them. In Scotland, they would trap birds called “storm petrels” that were very oily, thread a wick down their throats and light them. (This was their version of a table lamp. Ick).

–Candles were invented by some accounts as early as 3000 BC; until the 17th century, they were still the primary source of light in Europe. Gas lights emerged in 1792, but they were very expensive and not in common use.

–The modern kerosene lamp was developed around 1850, at which point streetlights became more common. In 1876, the “Yablochkov candle,” a carbon arc lamp, was used for the first time to light the streets of Paris, the City of Light.

–The biggest break-though was in November 1879, when Thomas Edison announced the development of his incandescent light bulb (historians estimate that over 20 inventors preceded him, one as early as 1802, but none of their bulbs were viable for commercial use). Nikola Tesla was also working on light bulbs, and displayed the first fluorescent and neon lamps over a decade later.

–On the night of September 4, 1882, New York City’s first power plant was launched – a square mile of lower Manhattan was suddenly lit, and night as we know it began.

The technology that brought light to the darkness provided numerous benefits. Light fosters economic growth and development (the UN declared 2015 the International Year of Light to highlight the need for further investment in providing electric light to poor communities). Night became a big business, thanks to reliable illumination – think manufacturing facilities running a third shift; restaurants; music venues and nightclubs. Last month, London’s mayor named the city’s first Night Czar – the position was created to help make growing the nighttime economy a strategic priority. There are also Night Czars in San Francisco, Amsterdam, and Berlin (technically, London has a Night Czarina, which is totally the best title in the world.)

But the widespread use of electric light also brought downsides, one of which is light pollution. Four out of five Americans live in places where they cannot see the Milky Way; most were unable to see this summer’s Perseid meteor shower. Only 5% of the UK population can see more than 31 stars on a good night. Darkness is becoming a dwindling natural resource in the developed world.

In response, the international “dark skies” movement is aimed at increasing the public’s appreciation of stargazing. It advocates for fewer streetlights, and for laws prohibiting outdoor lights from facing upward. Lighting manufacturers are urged to develop new designs that minimize light spillage. Homeowners are urged to hood their porch lamps and to dim other bright lights on their property.

Select cities around the world have adopted many of these principles – in part to participate in the growing “astrotourism” market (yes, that’s a thing now), and in part to save money and earn credits for greenhouse gas reduction.

The International Dark Sky Association has to date designated 42 parks, 13 communities, and 11 nature reserves around the world as official dark-sky areas showing excellent stewardship of the night sky. In 2014, the European Union launched a Sky Route tourism itinerary, originally with seven stops, including cities in Spain, Italy and Greece. UNESCO has sanctioned Starlight Reserves all over the world, including in the Canary Islands, Chile, and Nova Scotia, to preserve “the right to starlight.” Starmus is a bi-annual “science and rock festival” on Tenerife that was held for the third time this summer – 10 Nobel laureates attended, and its founder is working on a library of “star sounds” – he’s literally cataloguing the music of the stars.

In the future, cities are likely to move to smart grids that will turn out the lights when no one is around, just the way most office buildings do currently.

If you’re intrigued and want to learn more, here are three non-fiction book suggestions: Evening’s Empire by Craig Koslofsky; At Day’s Close by A. Roger Ekirch; and The End of Night by Paul Bogard. The novel The Last Days of Night by Graham Moore (soon to be a major motion picture starring Eddie Redmayne) is a good option, too.

But what if you want to get out of your armchair and venture outside? Here are some luxurious places to experience the magic of a “real dark” night:

–You can stargaze in the Desert Southwest in the US – the Ritz Carlton at Dove Mountain in Marana, Arizona, or the Ritz Rancho Mirage in Palm Springs, California both offer powerful telescopes in their guest suites, as well as guided stargazing sessions.

–Tenerife, the largest of the Canary Islands, is home to some of the world’s most powerful telescopes and the Teide Observatory; it has “prehistorically dark” nights and generally clear skies.

–The South Island of New Zealand is highly recommended as a prime stargazing spot. The Mackenzie Basin is home to the Mt. John Observatory in Lake Tekapo, where visitors can see the Magellanic Clouds (satellite galaxies of the Milky Way visible only from the southern hemisphere), the Southern Cross and the Southern Star.

–Berlin can be home base for an exploration of the Westhavelland Nature Park; mid-May to mid-June would be the ideal time to see the Milky Way and the Aurora Borealis.

Other strong options include Hawaii (Maui, Oahu, or the Big Island); the Atacama Desert in Northern Chile; Northern Canada (Alberta and Nova Scotia); Salar de Uyuni, Bolivia; and the Atlas Mountains in Morocco.

The best part about creating your own a luxury night? If you don’t have the resources to do any of the above, you can still take a moment, wherever you may be, and go outside at dusk. Wait for the night sky to emerge, and see what it has to offer you. And remember that the ultimate luxury is having the choice of glittering lights or deep darkness as the backdrop for whatever nocturnal adventures you’re seeking.

4 comments on “Darkness or Light? What Makes for the Perfect Luxury Night?”