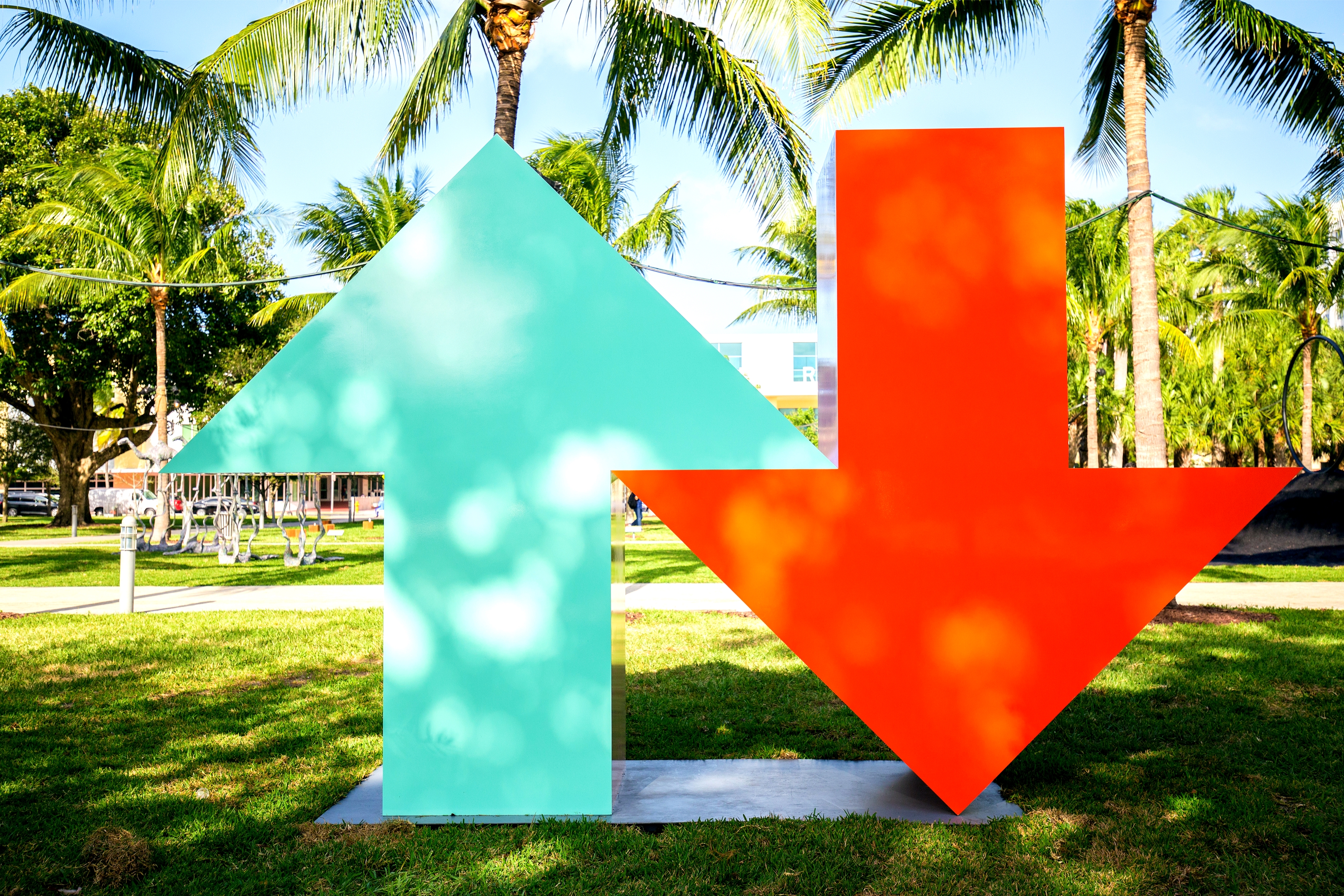 Art Basel in Miami Beach wrapped up last week, and the perpetual party that is South Florida is just a little bit quieter for now. On a recent afternoon in New York, I sat down with a friend who is deeply expert in contemporary art and asked him a simple question: what is it with billionaires and art? And why do so many extraordinarily wealthy people attend these big art fairs, like Art Basel Miami, year after year?

He smiled as he glanced out at the glum, rainy, cold Manhattan sidewalk scene. “Well for one, it’s in Miami Beach.”

Point well taken. And it sounds as if this year’s fair – which was the 15th edition – was as lively, raucous, and sexy as always. The wild little sister of the grand dame fair Art Basel in Switzerland, Miami Beach tends to be equal parts art show and bacchanalia. An estimated 77,000 people attended, with 269 galleries showing works from 1,124 artists. The mood going in was upbeat, based on the outcome of the November fine art auctions in Manhattan. They brought in $1.29 billion in proceeds; while only slightly higher than May’s total – and half of the prior year’s total – coming on the heels of the presidential election, the slight uptick from the spring auctions was a pleasant surprise to many.

A reasonable sales level, despite the fact that attendance at the VIP preview on Wednesday was down 9.4%:

–The Paul Kasmin Gallery sold Storm, a large scale work from 1963 by artist Lee Krasner, for $6 million, and a maquette (a small scale model of an unfinished sculpture) titled Compression from Roxy Paine for $2 million

–Acquavella Galleries sold a 1964 Kenneth Noland, March II, in “the region of its $1.25 million asking price”

–Tornabuoni Art sold an Enrico Castellani canvas for about €1 million

—Several outstanding musical performances, including a Madonna charity concert that raised $7.5 million (Ariana Grande also preformed; the proceeds will go toward building a pediatric surgery and intensive care unit in Malawi; the after-party at the Faena Hotel penthouse was reportedly off the chain); a Kendrick Lamar concert that people are still buzzing about; and a Chaka Khan performance at the White Cube party at SoHo Beach House

–Several new hotels and restaurants to check out, including Nobu’s new Miami Beach hotel at the Eden Roc; the EAST hotel at Brickell City Center; and the hotel SLS Brickell. New restaurants include Los Fuegos (Argentinean cuisine) at the Faena Hotel; Bazaar Mar (seafood) and Fi’Lia (Italian) at the SLS; and Brava by Brad Kilgore at the Arsht Performing Arts Center. Upland, one of our all-time favorite Manhattan restaurants, now has an outpost in Miami. Yay! And the new super-yacht deep water marina at Island Gardens has a suitably luxurious new restaurant, The Deck.

It was all great glamorous fun. Still, I pressed my expert friend: what about the art? Billionaires can try to acquire any work of art they want, anytime they want. Why do they need to go all the way to Miami Beach to be with 77,000 other people? Or London, or Basel, or Hong Kong, for that matter?

Here’s how my friend explained it to me.

For many ultra-wealthy contemporary art collectors, the point of collecting is not about the art. Almost none of these patrons have MFAs in art history, and most are not married to or partnered with people who do, either. Some are self-taught, and some genuinely appreciate aesthetically what they see and buy. But to be frank, “it’s about the shopping experience, and the milieu, not about what ultimately gets bought. Think of the way you feel when you’re shopping for shoes. It’s like that.”

Apparently, it’s an intensely pleasurable experience to be a wealthy person shopping for art. It’s similar to looking for a very expensive piece of real estate, only better, because you aren’t looking for a home and there are many more choices available, so the emotional investment is not nearly as high. You will buy many more than one item over time, you’re in no real hurry, and in the meantime you get to see a lot of beautiful things. Beautiful art, sure. But also sleek galleries in hot neighborhoods, meals out at all the best restaurants in the vicinity, cocktail parties full of celebrities and other interesting-looking people – what’s not to like? Anyone with real money to spend will have an art consultant, and that person will guide them based on the personal taste and budget of their client. So they’re not going to get into any real trouble.

Of course all of this could be done at leisure in New York, London, and Paris. So why attend a fair? Well, sometimes the billionaires do real business there. It’s an efficient way to see several galleries in the space of a few hours rather than hopscotching across the world; sometimes something new really does catch their eyes. My art expert friend says that the people who attend these fairs truly intent on purchasing something are generally slightly less wealthy: “people who have, like, $50 million, not $500 million.” But the uber-rich do open their wallets from time to time at these events – or at least they begin or continue conversations that ultimately result in a sale.

As I reflect on it, I can see that one benefit of the global art fair whirl is that it keeps contemporary art in the spotlight. Perhaps because the art market is a leading economic indicator, every major general media publication covers the biggest of the shows, and they conveniently occur about once a quarter, so art is in the news on a regular basis. Emerging artists have the chance to make headlines with their sales at these events, and people with only a passing interest in art still tune in to hear about what happened once they’re over. If you’re passionate about art and culture, these are all good things.

But back to the billionaires for a moment.

This isn’t just another tale of the decadent rich and their pastimes. There are billionaire collectors who are quite serious about art itself, or about fostering the careers of talented artists about whom they have conviction, or about making world-class art more accessible to more people. Several lifelong collectors have opened private museums – like the Broad in Los Angeles or the Neue Gallerie in New York – that have blue-chip collections rivaling the best public institutions. Alice Walton’s Crystal Bridges museum in Bentonville, Arkansas was established to bring art to a region of the country that had never had local access to it before.

There are also billionaires who are actively looking for intellectual stimulation and provocation. One who I talked to about why he is fascinated with contemporary art said that it’s because he likes the shock value of certain works – if it doesn’t have rough edges, he’s not interested in it.

Certainly there are people in the market who are like house flippers – they’re looking for a quick-in-quick-out transaction, which is reasonably easy to do in a rapidly rising market. Most financial advisors wouldn’t recommend buying contemporary art as a pursuit just to make some quick money, but that’s what it is for some.

But it seems as if many in the jet set – especially the ones who frequent the “less serious” art fairs like Miami Beach – are in it for the fun of it. And actually, there’s nothing wrong with that. It’s kind of sweet to think that even the wealthiest people in the world are at heart still chasing the simple pleasures of spring break in Florida.

0 comments on “Why Do Billionaires Go to the Big Global Art Fairs?”