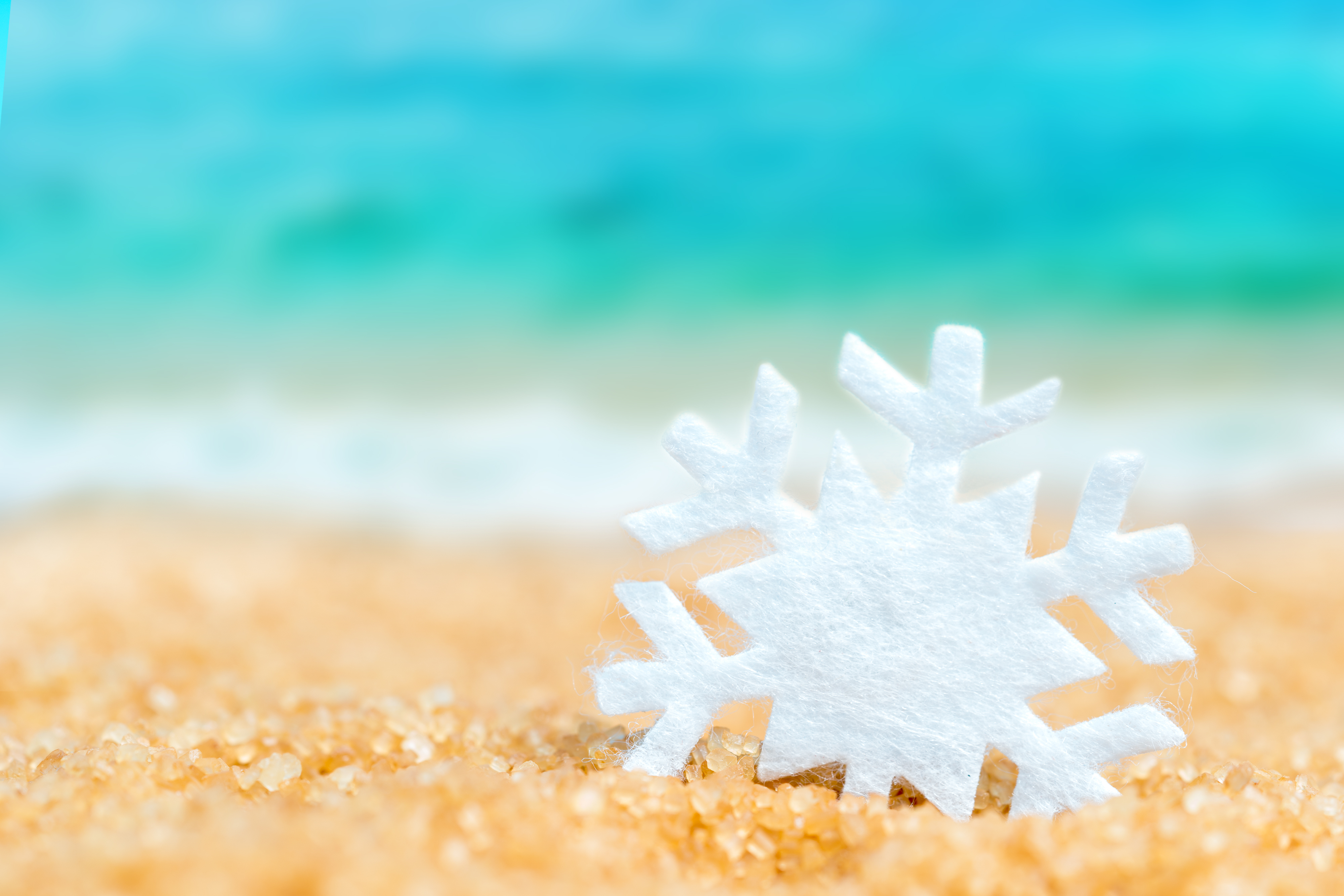 Almost everyone has a dream luxury vacation that sustains them on the days when work or family (or both) are causing excessive stress, and fantasies of escaping to a better place start to dominate. If we’re lucky, sometimes we even get to take those dream trips.

Here at Dandelion Chandelier, for the past few weeks we’ve been talking with wealthy people about their year-end plans and favorite vacation spots. We quickly realized that there is a sharp division of opinion in this crowd that ultimately required us to write two winter vacation guides: one for the people eager for snow and one for the people longing for sand.

Could this in fact be one of the most basic revelations about someone’s character? Whether they love building sand castles or snow forts? Could it be more indicative of who they really are than the banal categories that we usually divide people into? You know, like love-the-Pats or hate-the-Pats; Taylor Swift or Kanye West; India Pale Ale or dark lager; and the most important of all: aisle or window?

To get to the bottom of this confounding matter, we decided to see if any patterns emerge in the year-end vacation destinations of notable world leaders and celebrities. Here’s what we found:

—Likely (but not always) to be found on the slopes: Prince William and family; David and Victoria Beckham; Queen Latifah; Justin Timberlake; Kate Hudson; Zoe Saldana; Sandra Bullock; Ralph Lauren; Justin Bieber; Mariah Carey, Elton John and David Furnish; Gwen Stefani; Taylor Swift; Emma Watson; and Brangelina (not clear who will go where this year). First Lady Michelle Obama brings her daughters to ski in the Rockies every President’s Day. At year-end, in terms of industry norms, financiers seem to take to the snow, as do media moguls and royals the world over.

The first thing we noticed is the disproportionate sizes of the lists: it’s almost 2:1 sand over snow, and we could have added many more names to the hot-weather camp. That reflects how the rest of the population rolls: a couple of years ago, TripAdvisor reported that 79% of US households planned to travel for leisure purposes in the winter, up from 67% the prior year. 43% said the goal of their trip was “to escape the winter doldrums.” 84% of respondents preferred visiting a warm-weather location over a cold one in the winter. Nine out of the 10 most-searched destinations on the company’s site at this time of year are for warm-weather spots.

So what’s with all the people casting shade on cold-weather destinations? It may be because 56% of the respondents reported having experienced a trip delay or cancellation due to inclement winter weather. Daggone snow storms! You’re hurting winter’s brand!

The second thing we noticed is that snow people seem to feel . . . well, just a little bit superior to sand people. A scan of the Internet will lead you to several entertaining essays written by rare birds who prefer the winter and who want you to know why. Among their beliefs and beefs: sweat is unseemly; humidly ruins your hair; sweaters and scarves are wonderful and so are cute boots; cuddling is important and best done in cold weather; you can always add layers, but at some point you cannot subtract them in public; and hell is a hot place, so what does that tell you?

The third thing we noticed is that sand people often view snow people as, well . . . kind of uptight. And a bit too competitive. As control freaks who should really just learn to chill (they love the cold, right?) Rather than listing all the reasons that hot weather is preferable to cold, the sand team just offered us a caipirinha, and it was so good that we forgot what we were asking them about and somehow ended up discussing the virtues of white sand versus pink.

Sorry, where were we?

Right: sand versus snow. Our completely unscientific conclusion? One’s preference for beach volleyball over a snowball fight; for shave ice over hot chocolate; for hanging with a parrot instead of a snowman – matters both a great deal, and not at all. It’s your vacation. Rock the swimwear or the snowsuit exactly as you please. The only exception? If you’ve got business contacts that you need to make over the holiday, follow your boss and/or your potential clients. And if that means going to the snow, don’t get hurt.

For the record, I’m a snow person of long standing, and my husband is strictly a sand person; yet somehow we have made this mixed marriage work. So there’s hope for vacation harmony for us all. In the meantime, hey, sand team – can we get another round?

2 comments on “Is the Perfect Luxury Destination Sand or Snow?”