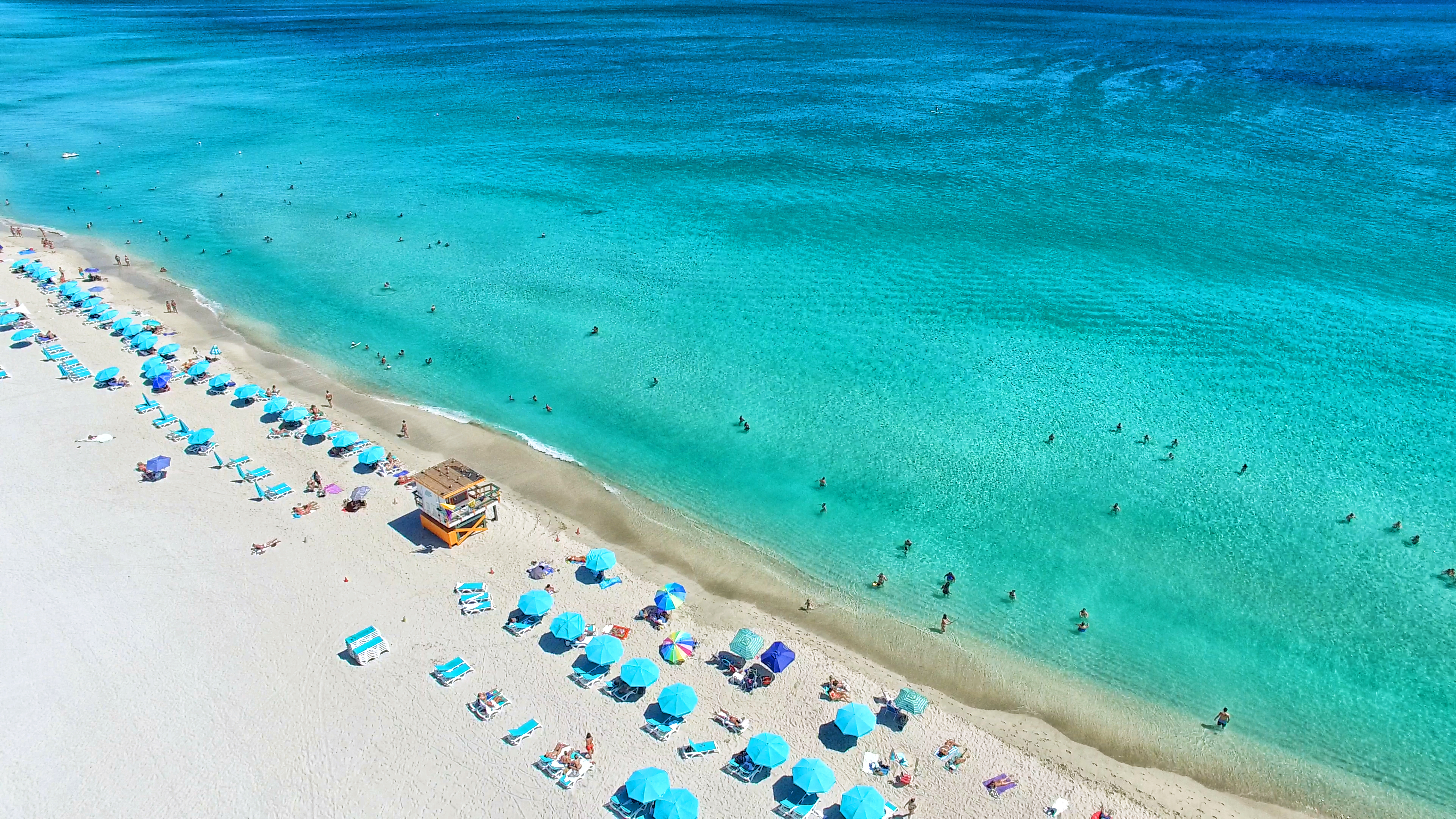 A short while ago in Manhattan, I was invited to a cocktail party to celebrate the opening of master chef Nobuyuki “Nobu” Matsuhisa’s newest hotel in Miami Beach. The soft launch of the property is timed to coincide with Art Basel Miami in early December (the official opening is in January 2017).

The new space is a hotel-within-a-hotel in the iconic Eden Roc, which was designed in the “Miami Modern” style in the 1950s by Morris Lapidus. The property has undergone a multi-million dollar renovation, and in addition to the world’s largest Nobu restaurant, it will also include the first East Coast location of hot California ocean-to-table restaurant Malibu Farm. You’ll be able to order room service from either, and hotel guests will have a private entrance to the pools and spa. The 15th floor will be comprised of a series of penthouse suites with panoramic views of Miami Beach. The proprietors promise a “barefoot luxury” experience for all.

Held at Nobu New York, the franchise’s 1994 original location in Tribeca, the swanky launch party attracted a cool-kid mix of art collectors, fashion people, foodies, and hospitality business professionals – some attendees were probably more than one of those things. The people-watching was fun, as were the fashions (we spotted Prada, Alaia, McQueen and Saint Laurent in the house).

Reinforcing the importance of this new expansion of the Nobu empire, the stars were out: in addition to Chef Nobu, Robert DeNiro and his wife Grace Hightower, Hollywood producer Meir Teper, and architect David Rockwell – all long-time partners of the chef – were on hand. They made gracious remarks, along with property owners the Chapur family and Trevor Horwell, CEO of Nobu Hospitality. The focus of their comments was the importance of providing great service, and a plea for feedback on any issues “so that we can make it right.” Sounds good to us! A slide show of the new hotel was on a continuous loop on several screens throughout the party, and it looks like a dream of Miami Beach – sleek, airy, and modern. But the real stars, not surprisingly, were the food and drink.

Guests were greeted with glasses of Moet & Chandon champagne and Mia Margaritas (silver tequila, passion fruit, shichimi and fresh lime juice), and then ushered to a buffet overflowing with sushi, sashimi and ceviche. Waiters clad in black circulated with adorable little bites of the best of Nobu’s classic menu items, including salmon sashimi bites, yellowtail with jalapenos, and of course the iconic black cod in miso. In the interest of research, I sampled everything, and I was not once disappointed.

I’m intrigued by how many luxury brands are entering the hospitality space in their quest for “lifestyle” brand status. Nobu, clearly a visionary in so many ways, was the first celebrity chef to enter the hotel business. The Miami Beach property is his third – his branded hotel collection already includes Caesars Palace in Vegas – opened in 2013 – and the City of Dreams hotel in Manila. There are over 30 Nobu restaurants worldwide on six continents, which may be the outer limit for that particular concept, so growth into new adjacent categories is clearly an imperative for the franchise.

So far, the vision seems to be working. The reviews on all of the major travel websites for the Caesars Palace property are uniformly pretty strong. Who could complain about room service from Nobu? Culinary-minded guests seem to have found their nirvana. There’s a great deal of buzz about the Nobu London Shoreditch property scheduled to open next year, with Riyadh and Bahrain openings not far behind.

Is this mash-up of brand, design and gourmet cuisine the future of luxury hospitality? It’s certainly a trend that seems to be accelerating. Some old-world luxury brands have been in this game for a few years already. Bulgari currently has three hotel properties – Milan, London and Bali – with four more planned in the next couple of years in Shanghai, Beijing, Dubai and Moscow. The brand also owns two restaurants in Tokyo and Osaka. Baccarat opened a branded hotel in Manhattan last year. Armani has two branded properties, in Milan and Dubai. Luxury holding company LVMH has three hotels – in Courchevel, the Maldives, and St. Barth’s, with a fourth on the way in Paris – under its Cheval Blanc brand (the name of its Bordeaux winery).

More recently, aspirational brands have joined in. Upscale gym brand Equinox announced that it would open a hotel in Hudson Yards in Manhattan, the first of 50 planned. Restoration Hardware has a new hotel in the Meatpacking District, and West Elm is opening several hotels in the South and Midwest in mid-sized cities like Detroit. Richard Branson’s Virgin franchise is opening its second hotel, in New York, in 2017 (the first one is in Chicago).

As sales of their core product lines come under pressure from new entrants, e-commerce and global economic slowdowns, hospitality seems to be a strategic adjacency that makes sense to many luxury hard- and soft-goods brands seeking lifestyle status. Connecting emotionally with core consumers is a continuing imperative, and with brick-and-mortar retail stores fading, owning a boutique hotel where guests can be immersed in the brand experience is not a crazy idea. It’s a like a flagship retail store on steroids. Ideally, a well-respected luxury brand allows the hotelier to charge premium prices, and the experience drives additional sales back to the brand.

But does the brand equity for some of these franchises really extend into the hotel business? Just because you can design gorgeous stemware and chandeliers doesn’t mean that you know how to deliver on the luxury experience of a well-run hotel (yes, Baccarat, we’re looking at you).

I can see the Nobu connection more clearly, given the importance that luxury travelers, especially millennials, put on food and drink. They care a great deal more about communal spaces and dining options when selecting a hotel than they do about room size and views.  Somewhere in that mix, there’s an opportunity for hoteliers to make real money.

But enough of this crass talk of profit and occupancy percentages. The beach awaits! We’re just gonna grab one more margarita before we go.

2 comments on “Sleeping with the Fish: Nobu’s New Luxury Hotel”