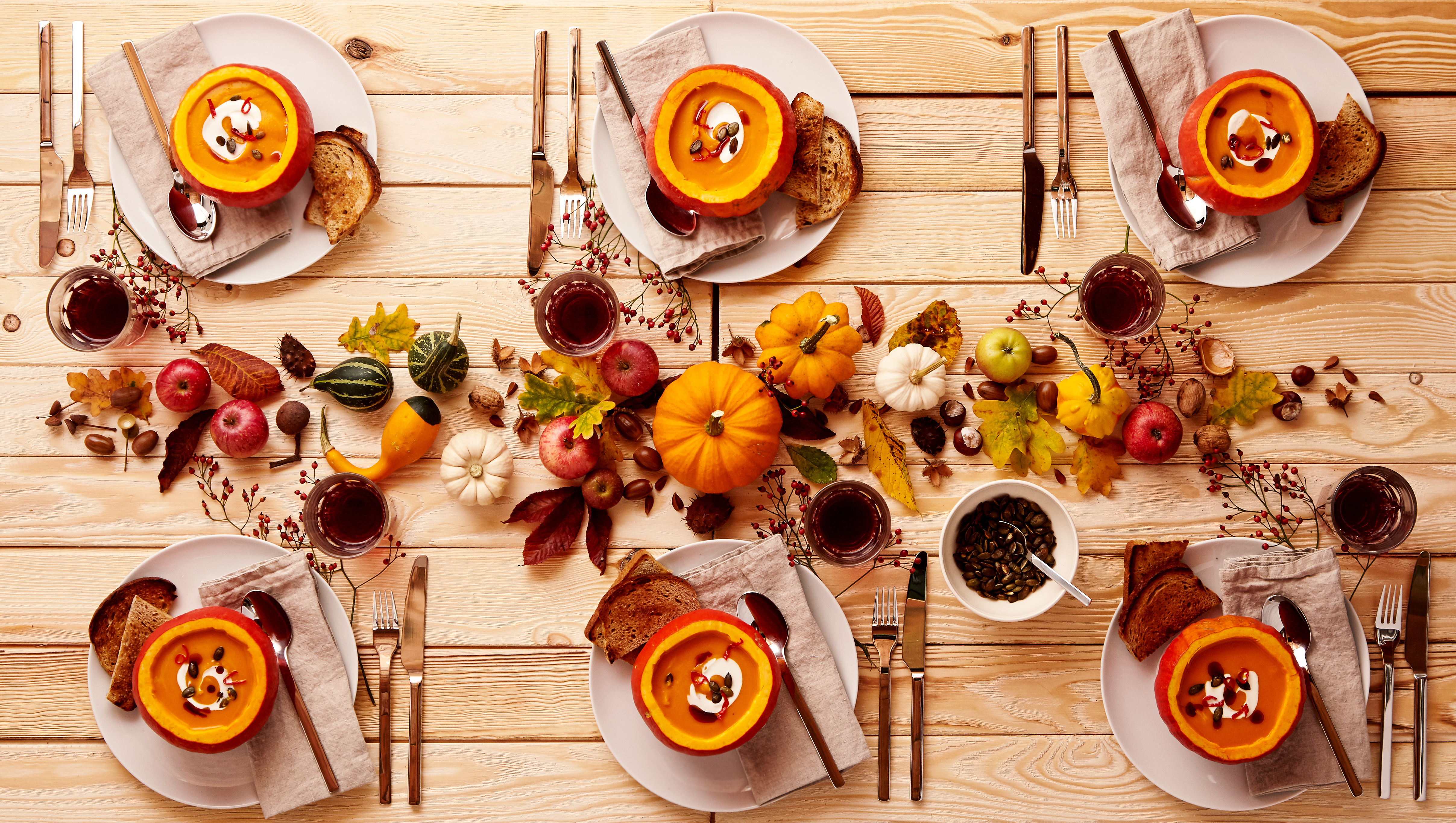 Thanksgiving is, for many people, one of the most-anticipated holidays of the year. Special family foods and gatherings, a kitchen full of laughing amateur chefs (some not tall enough to see over the counters), the scent of a roasting turkey and stuffing, multi-faith church services, football, pumpkin pie with whipped cream, sandwiches made out of leftovers – who could resist?

Americans love this holiday: total U.S. spending on Thanksgiving dinner food is estimated to be almost $3 billion. The National Turkey Federation reports that in a typical year, over 51 million turkeys will be consumed. Over 46 million people are expected to travel for the holiday, with the Tuesday before Thanksgiving the busiest travel day of the year.

We all know the basic origin story of Thanksgiving – in 1621 the Pilgrims and the Wampanoags joined together for a 3-day harvest celebration after a difficult year. But there are some other fun facts (or are they urban legends?) that you may not have heard. For example, we visited Istanbul last year, and our host told us that the reason the birds are called “turkeys” is because they were thought to have been imported into North America from Turkey by merchant seamen. Who cares if that’s true? It’s such a great story that it should be true. The first Macy’s Thanksgiving Day Parade featured animals from the Central Park Zoo. The Detroit Lions have played a football game every Thanksgiving since 1934, when they played the Chicago Bears. The Dallas Cowboys have also played every year, starting in 1966. George H.W. Bush was the first President to officially grant a pardon to a turkey (I am still confused about what crime the turkey committed that requires a Presidential pardon from a death sentence, but maybe I’m missing something here).

Yes, we all know that there’s a dark side to Thanksgiving: the not-uncommon reappearance of ancient family rivalries; the near-certainty of diet-ruining overeating; the perfectly natural anxiety of hosting a meal for 20 people with 12 different dishes at your house; and the very real chance that the Lions will lose the game. Let’s put those potential bad feelings and outcomes aside, and focus on how to make this year’s celebration one that feels truly luxurious.

Wherever you land, we here at Dandelion Chandelier are in unanimous agreement: no shopping, online or in-store, on Thanksgiving Day. Period. You have the rest of your life to shop – give it a rest for one day. Of course you can watch football. That’s a whole different thing.

So what’s your favorite Thanksgiving memory? I remember the thrilling time we went to the Thanksgiving Day parade in Detroit when I was a little kid. I remember making a merry communal meal with friends at college the year that none of us could afford to go home. I remember the first time I hosted Thanksgiving, as a newlywed using my wedding china (the turkey wasn’t quite done when we sliced into it; good thing we had a microwave). I remember the time it snowed and people had to stay at our house overnight because they couldn’t get out. That was awesome.

Most of all, I remember that during every Thanksgiving in recent memory, there has always been one moment, just a little grace note, that comes out of nowhere in the midst of the chaos of a house full of people, when I am struck by deep gratitude and happiness. A brief micro-burst of joy. And then it’s back into the fray.

Our wish for you is that kind of luxurious Thanksgiving: one that grants you at least one small moment of surprise that leaves you feeling grateful and blessed.

Now, how about a piece of that pumpkin pie? And don’t skimp on the whipped cream.

For more Thanksgiving and general Holiday tips, check out Pinterest board below!

0 comments on “How to Celebrate a Luxurious Thanksgiving This Year”