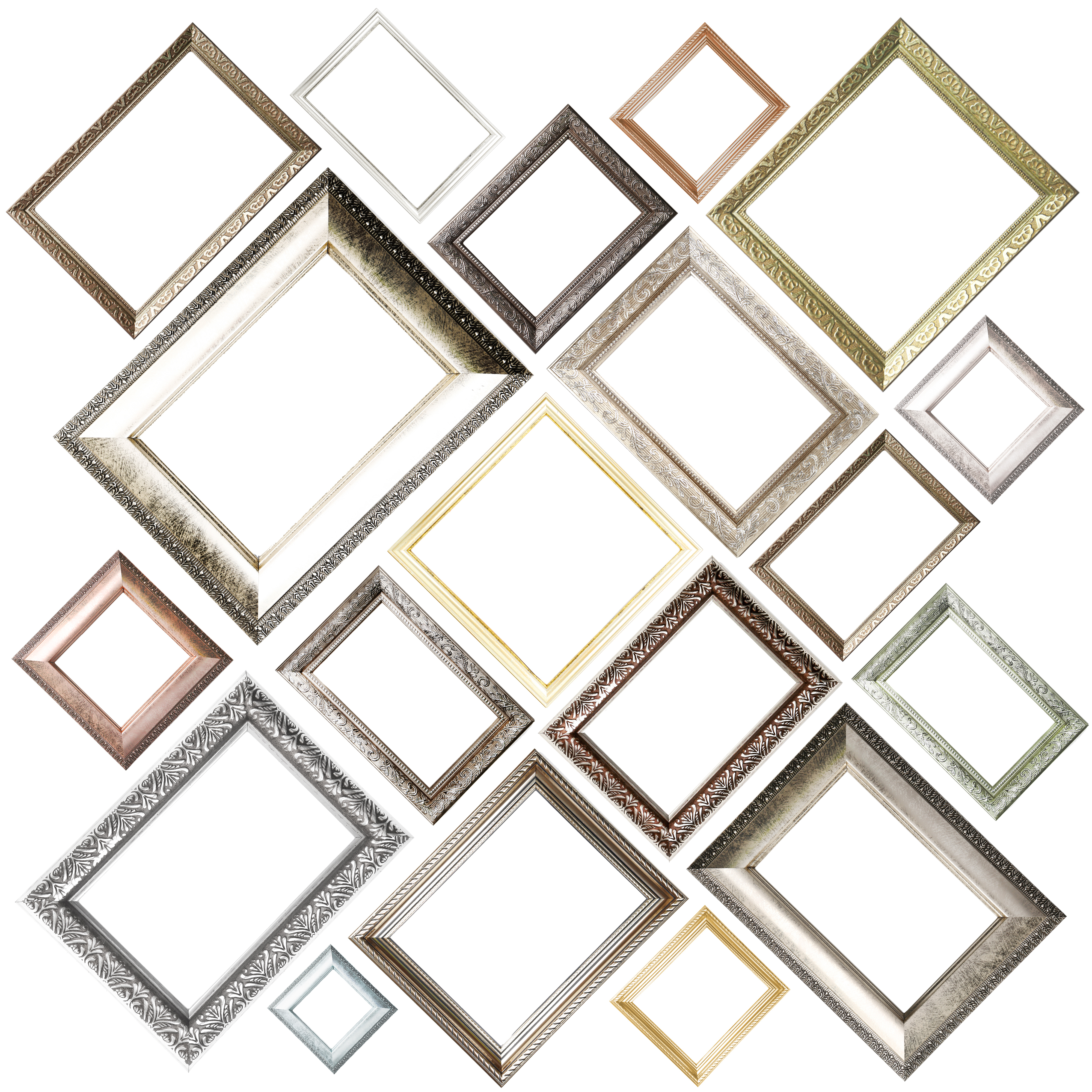 The Frieze contemporary art franchise celebrated its 25th anniversary this year at the annual London Frieze Week, held in Regent’s Park the first week of October. Still a “must-do” on the global art circuit, many of the world’s wealthiest and most influential people from over 35 countries were there to help mark the occasion.

It all began in 1991, when Amanda Sharp, Matthew Slotover and Tim Gidley launched Frieze, a contemporary art magazine published eight times per year from London. The publication prospered, and the first Frieze Art Fair was held in London in 2003. Bilingual German/English magazine Frieze d/e was launched in 2011 and publishes four times per year. The Frieze New York fair began in 2012. The franchise is known for focusing on new and emerging artists across all of its platforms. Hollywood talent agency William Morris Endeavor Entertainment recently purchased a major stake in the Frieze, so this year’s London events marked the start of a new era.

Not just anyone can show at Frieze London: about 500 galleries apply each year, and most are turned away. Among those who were present this year: Thomas Dane, Pilar Corrias, Carl Freedman, Hales, Pippy Houldsworth, and Wilkinson. About 30,000 people attended Frieze Week this year (as always, traffic was horrible, and rooms in luxury hotels were in very short supply).

The mood going into this year’s show was somewhat somber: the recent Brexit vote, the pending US Presidential election, and overall economic uncertainty created a palpable sense of anxiety. One silver lining was that the “leave” vote handed a substantial discount to overseas buyers of art priced in pounds (the pound slipped to a 31-year low during the course of the fair). Earlier this year, research group Arts Economics reported that “sales above $10 million is the only segment that has kept going strong. All the other segments declined last year.” Christie’s reported that the market is “in a period of contraction” from its peak around spring 2015, and as a result, the auction house had 30% fewer works up for auction this year at Frieze London than the prior year.

Frieze attendees can purchase art directly from galleries as well as at evening art auctions. Many gallery works are priced in the low five figures, making the art accessible to a reasonably broad range of collectors. While the Frieze stopped releasing sales data from its events in 2006 – because its board believed them to be inaccurate and misleading – a few notable sales this year were made public:

–Romanian artist Adrian Ghenie’s painting Nickelodeon sold for $9 million (seven times the pre-sale estimate) at Christie’s; his gallery, Galeria Plan B, noted that the 14-foot wide scene of eight somber figures in an interior setting was last on the market in 2009, and is one of his three most iconic works. The sale price is a new high for the artist.

–Francis Picabin’s Lampe sold at auction for $4.6 million, a record for a work on paper by the artist

Despite these successes, indicating that deals were still getting done, the overall mood was not celebratory at the end of the week – many other works went unsold and were quietly withdrawn. Market analyst ArtTactic estimated that the aggregate value of the big three auction houses’ evening auctions was down 37% from the prior year (Phillips was estimated to be down 43%). Several galleries usually eager to boast of their sales chose to remain mum this year. Overall, the consensus is that the commercial outcome of Frieze Week this year was “normal” – some hits and some misses, and cause for neither euphoria nor despair.

There were some important lessons learned from it for collectors and gallerists:

—Flight to quality. The contemporary art market had been on a tear for the past three years. Now, as sales slow, there’s a flight to quality. Several gallery owners said that collectors are focusing much more on the fundamentals right now: the artist’s CV, the collections where the work is already held, and provenance. That has had the effect of making mid-career artists more popular (as opposed to only the new and the young). At the shows, it meant a more fluid border between Frieze Masters and Frieze London, as under-appreciated works from the 1940s and ‘50s sold at a brisk pace and some galleries mingled works from all periods in their booths to good result.

—Fresh works by in-demand artists will always sell. Christie’s in particular focused heavily on new offerings from artists who are not over-exposed, and seemed to fare well as a result.

—Flipping days are over for now. There’s a clear divergence between the lower prices realized at auction versus the higher prices at art galleries for emerging artists, meaning that the short-term flipping of works by collectors that had become standard practice for the last three years isn’t possible right now. The implication? Wise collectors should only buy what they genuinely like and are willing to hold.

Despite the commercial side of the fair having its ups and downs, the art on display was as engaging as ever. Among the noteworthy works were solo installations by James Turrell (an American light artist) and Philippe Parreno (a French avant-garde artist). To mark its silver anniversary, the Frieze launched a new gallery section called “The Nineties,” to showcase the work of its founding decade. Eleven gallery exhibitions that launched the careers of contemporary art stars were partially recreated, including Michael Landy, Mauizio Cattelan, and German photographer Wolfgang Tillman, who developed a cult following with his raw images of 1990s youth culture.

A few days at the Frieze are the perfect reminder that art can have many purposes and effects: it can be provocation, entertainment, elucidation, commemoration or sedation. In short, a trip to the show can be incredibly intellectually stimulating. In the space of a couple of hours in Regent’s Park, this year you could have experienced:

–Portia Munson’s 1994/2016 Pink Project: Table, which displayed hundreds of pink plastic items – dolls, mirrors, My Little Ponies – marketed at women and girls, evoking both nostalgia and a reflection on the commercial and cultural messages that we receive throughout our lives and their impact on our self-image.

–Belgian Hans Op de Beeck’s The Silent Library (2016) was an immersive installation offering a hushed sanctuary in the midst of the cacophony: a library with books, plants, and framed paintings among other things, all covered in soft white plaster.

–American Wally Hedrick’s angry and mournful black paintings, from a Vietnam-era series in which he painted over existing works in black every time the US invaded another country, culminating in the 1960s installation The War Room.

–Julie Verhoeven transformed the public bathrooms into art installations and personally served as a washroom matron pushing an “honesty trolley” equipped with lollipops, potpourri and cleaning products. Oh, and handmade poops made of velvet. Ok, then. Consider us provoked.

It wouldn’t be an art fair without lots of fancy parties in the evening, and Frieze Week is no exception. The good news is that the art crowd is a blast to hang out with. The people who attend these major shows are curious, outspoken, stylish, and great gossipy fun (for the most part, the clichés about haughty collectors and arrogant artists are inaccurate).

Through the years, I’ve come away with some crazy stories (and some new friendships) from dinner conversations at various art events. For example, last year an American billionaire took me aside at Art Basel to recommend his favorite place in town to get sausages (no, despite how it may sound, this was not a sexual come-on; he really meant food and he was quite passionate about how the $5 sausages alone were worth the trip to Switzerland – and this is a man who owns millions of dollars’ worth of contemporary art). What have we always said here at Dandelion Chandelier? At the end of the day, cheap eats are the great equalizer among us all.

The fashions are certainly a lot edgier and more fun at an art show than at a yacht or luxury automotive show. There’s usually lots of Antwerp in the house – Dries van Noten, Ann Demeulemeester – plus Prada, Chloe, and Celine. The dress code is designer sneakers and chic flats by day (lots of walking) and cool-kid shoes for the parties at night. (I’ve learned to retreat to a basic black dress with this crowd — it’s really important in life to know when you can’t keep up).

The major art fairs come fast and furious, with Art Basel Miami now less than a month away. Wonder if A-Rod will be there this year? We’ll check it out and report back.