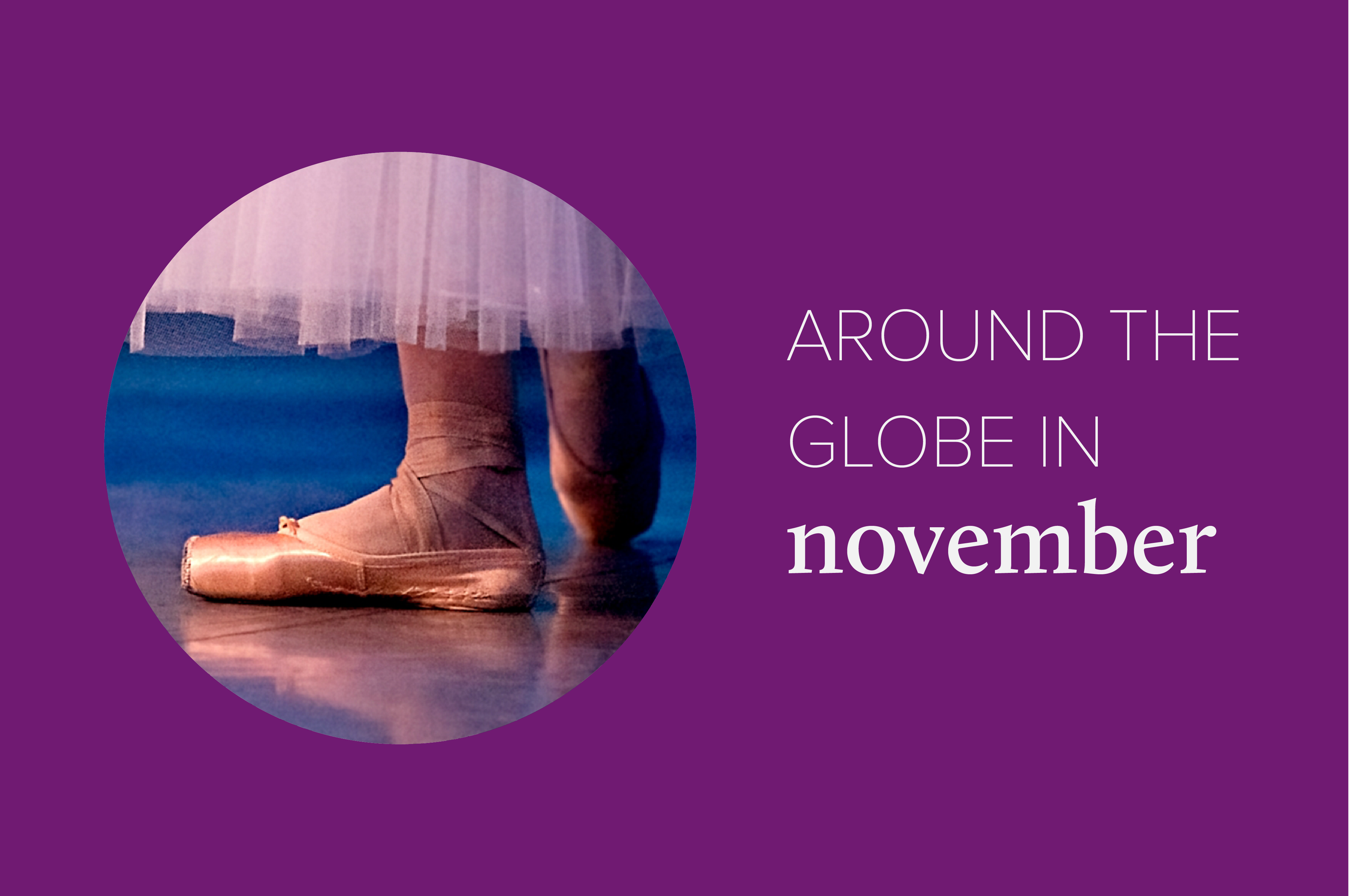 It’s often said that the moneyed elites move around the globe together, like a flock of birds. While that may be an over-statement, it is true that every month there are can’t-miss sporting events, auctions, shows, performances and premieres that the wealthy and those in their ecosystem plan their calendars around.

If you thought that November might be somewhat sleepy, you thought wrong. Around the globe, here’s some of what the luxury crowd will be doing this month:

Luxury Auto Shows. Whether in Brazil, Italy or the West Coast, automotive enthusiasts have lots of options:

–The Milano AutoClassica Winter Edition – November 25-27; Sotheby’s is hosting an auction of luxury cars in Milan that weekend, as well

Ideal Travel Destinations + New Luxury Hotel Openings. Whether your motive is early holiday shopping or a desire to avoid the crowds, luxury travel agents say that November is a great time to travel, even last-minute (especially as tropical and desert locations cool off):

–Day of the Dead celebrations in Oaxaca, Mexico

–Milaidhoo Island, a 5-star boutique hotel in the Maldives

–Helena Bay in the Bay of Islands in New Zealand

Fine Jewelry and Watch Auctions and Shows. The large auction houses are focused on fine jewelry and watches – Geneva is the place to be mid-month (bring your checkbook):

–Christie’s Magnificent Jewels auction, also in Geneva, will feature a pair of diamond earrings by Boehmer et Bassenge known as the “Mirror of Love;” pre-sale estimate is $20-30 million – Nov 15

Fashion and Beauty. It’s the start of cruise season, and there are new scents in the air:

Food and Wine. New restaurants in London and New York open their doors:

Health and Fitness. There are inspiring examples of commitment to personal health:

Broadway show openings. If you love musicals, you’re in luck:

–Kristen Chenoweth at the Lunt-Fontane – Nov 2-13

Performing Arts: The dance, orchestra, and opera seasons are in full swing, along with the start of some holiday favorites in New York:

–The White Light Festival of dance and music, curated by Mark Morris, continues at Lincoln Center until Nov 16

–Notes from the Field — Anna Deavere Smith’s new solo work on education, inequality and criminal justice is in previews at the Second Stage theater

–Circa 1970 at the Studio Museum in Harlem highlights works from the decade from the museum’s collection; Romare Bearden is among the featured artists – Nov 17

–Francis Picabia: Our Heads are Round So Our Thoughts Can Change Direction – MOMA stages the first US exhibition of the artist’s entire career – opens Nov 21

–The Agnes Martin retrospective continues at the Guggenheim in New York

–The Wifredo Lam exhibition continues at the Tate Modern in London

–Bouchardon: A Sublime Idea of Beauty sculpture exhibit continues at the Louvre

–November is Photography Month in Paris

In addition to all of that, the world will be watching the returns of the U.S. Presidential election on November 8th (expect lots of people to be late for work on November 9th); Veteran’s Day is November 11th. Thanksgiving is on the 24th (In New York, there will be Macy’s Parade Eve balloon inflation parties on the 23rd, and parade viewing parties all over the West Side and Broadway on the 24th.) The Detroit Lions play on Thanksgiving Day. And then we hit the mall for Black Friday! Followed by Cyber Monday on the 28th.

Have fun! Wherever November takes you, we hope it leaves you feeling thankful.

0 comments on “Luxury Calendar: The New and Not-to-Be Missed in November”