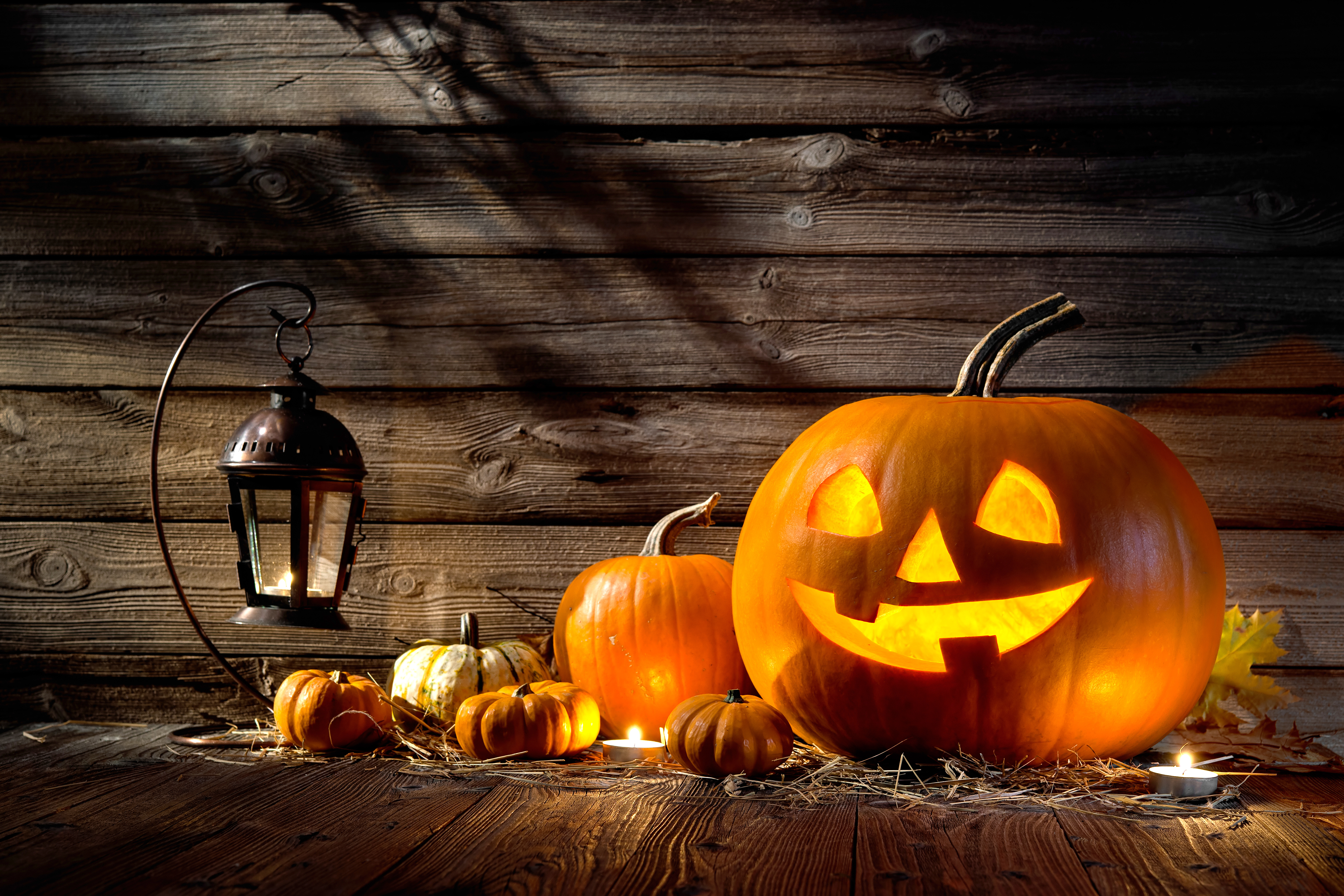 Halloween is, for many people, the best of all possible holidays: dressing up (and releasing your inner id in the process), eating sweets all day guilt-free, no gifts, great parties, fun decorations, and unbridled mischief. What’s not to like?

Apparently, a lot of people feel this way. Spending on Halloween is expected to reach a record high this year, with forecasts of $8.4 billion. The origin story of the holiday is a little murky, but here are the basics: as Christians prepared for All Saint’s (Hallow’s) Day on November 1, the night before was known as All Hallow’s Eve. Many of our current traditions grew out of a mash-up of this Christian religious tradition and secular Celtic harvest festivals. Both focused on departed spirits returning to earth for one night only, which morphed into a fear that these ghosts were malicious and might harm someone – thus the need for Halloween costumes. Candy corn was first created in the 1880s in Philadelphia. Trick-or-treating took hold in America in the 1930s. The true origin of Reese’s Peanut Butter Cups, on the other hand, seems to have been lost in the Halloween mist.

Here at Dandelion Chandelier, we’ve been talking about what a truly luxurious Halloween would look like, and we’ve come up with five ideas for an over-the-top celebration (you can find all of them and more on our Pinterest board).

What the heck, it’s Halloween. Why not come as a billionaire this year?

–Be someone else. Two-thirds of Americans are planning to buy a costume this year. If you’re dressing as a character, rather than hitting Party City, we recommend going to a proper costume shop. Abracadabra in New York City is our favorite. Online, Ebay has a surprising number of expensive costumes. At last check, Star Wars characters were commanding the highest prices: Boba Fett is going for $750, a Storm Trooper for $700, and Darth Vader for $650. Other three-figure options? Mary Poppins, Elvis, Bilbo Baggins, and a gorilla suit (perhaps people are going as Harambe this year). The National Retail Federation (NRF) reports that so far, the most popular costumes this year are superheroes and anti-heroes, with witches, pirates and Presidential candidates coming in next (one of our friends is dressing as the Pope, and another as the Stay-Puff Marshmallow Man – I’m thinking Beyoncé, the First Lady, or Tina Turner). Just remember: no scary killer clown costumes! You don’t want to spend Halloween in jail.

–Be yourself. If you’re too cool to show up as someone else and instead opt to just be your most fabulous self, Bergdorf’s has some great options from LA brand Libertine: a black schoolboy jacket embellished with evil eyeballs, and a bright fushia mini-dress with ghosts, snakes, and letters of the alphabet dripping with ooze. Alexander McQueen always has scarves, bags and shoes featuring their signature skulls. Neiman’s has a black satin McQueen clutch sporting a sequined hand with red nail polish reaching across the top, like a deranged socialite. 1stDibs is offering vintage gold and orange diamond earrings shaped like a dangling spider for $1,950. Pair any of these with some cool black boots and a black Venetian mask, and you are more than good to go.

–Don’t forget your dog! The NRF reports that 16% of Americans plan to dress their dogs in costume this year: the top three outfits are a pumpkin, a hot dog, and a bumblebee. We saw an adorable dog’s football costume (go Lions!) and we also think dressing Fido as your favorite emoji, emoticon or sticker would show off your family’s tech-savvy. Just please, no Toto. Try harder.

2. Sweets! You should give the trick-or-treaters what they really want, which is name-brand candy from your local drugstore. But if you’re hosting a party, or need a hostess gift for one, there are far more elegant alternatives:

–Gourmet candy and caramel apples can be found at Williams-Sonoma.

–No one ever says no to a cupcake – skip the grocery store, and upgrade to either Crumbs cupcakes (huge) or Baked by Melissa mini-cupcakes (quite small). Or both!

–Outdoors. We love how the elites in New York have decided to embrace this holiday. All over town you can find multi-million dollar brownstones decked out with elaborate and beautiful Halloween decorations. It’s become a bit of a thing on the Upper East Side, where the hedge fund guys are all trying to outdo each other. The Frontgate catalog is a great place for upscale outdoor decorations, as is your local nursery.

–Indoors. Pottery Barn, Williams-Sonoma and Horchow have got you covered with whimsical and fun-creepy tabletop decorations and kitchen wares. If you want a spooky vibe at home year-round, Zia Priven is offering Philippe skeleton floor lamps. Nest introduced a new candle and diffuser fragrance this fall called Pumpkin Chai – the scent is delicious and perfect for now through Thanksgiving. If you’re hosting a party, we’re cheering you on, but let’s be really clear on something: you can play “Monster Mash” and “Thriller” exactly twice, and then you have to move on. Otherwise you’ll end up hosting a danse macabre.

4. Halloween Happenings in NYC. New York is an embarrassment of riches come Halloween:

–The parade in Greenwich Village, first held in 1974, gets better every year. A friend tells me that it’s remarkably easy and fun to march in the parade – just dress up in something interesting, wait patiently in the holding area, and you can join the march rather than just watching from the sidelines.

–The Great Jack O’Lantern Blaze has become legendary. Held in Westchester County, about 45 minutes from Manhattan, it features 7,000 illuminated jack-o-lanterns spread through the grounds of an 18th-century estate. It runs the entire month of October, and you can only enter with a timed ticket. When the weather is fine, it’s a truly magical way to celebrate autumn – photos don’t do it justice. If you have the time, make a weekend of it – The Castle Hotel and Spa is close by, and it’s a lovely luxury experience in its own right.

–Hulaween is Bette Midler’s annual Halloween extravaganza at the Waldorf Astoria Hotel. Attended by a glittering crowd of A-List New Yorkers, the event benefits the New York Restoration Project. Attendees go all-out with their costumes for this party, and the people-watching is amazing.

5. Halloween Travel Destinations. In addition to New York, there are plenty of places to travel for a luxurious Halloween.

–International. How about spending the holiday in Transylvania (actually Bran, Romania)? Or perhaps Paris, where you can see if the Phantom of the Opera is still lurking about? The Tower of London would be good. Mexico’s Day of the Dead (Dia de los Muertos) celebration lasts from October 31 to November 2. Oaxaca comes highly recommended as a place to join the festivities. Yes, you should totally arrive by private jet. You’re a billionaire, remember? Stay in character.

Rich folk can be as sentimental as anyone; they’ll be watching “It’s the Great Pumpkin, Charlie Brown” on TV while they whip up a batch of sugar cookies in the kitchen just like everyone else. Or munching popcorn while watching “Scary Movie 5” or any one of the thousand “Halloween” franchise movies. They can also be mesmerized just as easily by watching the Dancing Pumpkin Man and dancing skeletons on YouTube. Personally, I like to watch the Food Network, and I am loving their dessert competition show “Halloween Wars” (here at the office, we have a particular fondness for the Sugar Psychos, who created an amazing “Dandy Lion Cake”).

So what’s your favorite Halloween memory? It’s a close call for me. One year one of our friends had a family Halloween party at her Georgian mansion that involved hay rides around the neighborhood, pumpkin risotto served from vintage china cups, and a hysterically funny fortune-teller. The joy of a house full of laughing kids and parents in kooky costumes was just wonderful. One year we attended a black tie Halloween party at the swanky Metropolitan Club in Manhattan, where we were serenaded by an all-female violin trio wearing chic black cat masks, 6-inch black patent leather stilettos and skinny YSL tuxedos. I really wanted to be them.

But I think the best Halloween ever was much simpler – just my family, out trick-or-treating under a full moon, waving our pumpkin-shaped flashlights and trading candy with each other, so that everyone could get their favorites out of someone else’s stash. Turns out, you don’t have to be a billionaire to have a luxury Halloween. All you have to do is get out there. So saddle up and ride! The night is young, the moon is full, and your broomstick awaits.

0 comments on “Five Ways to Celebrate Halloween in Luxury”