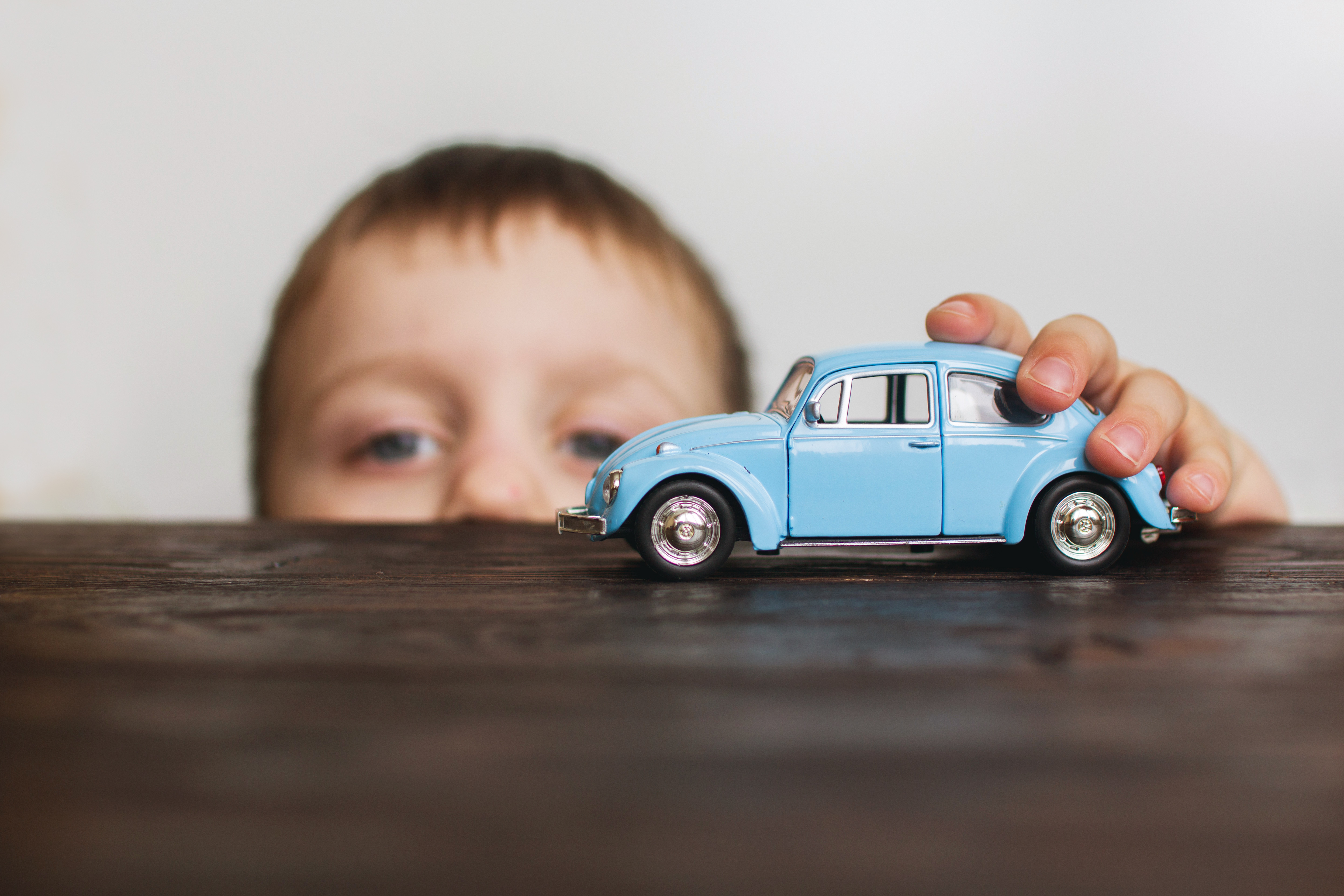 If you asked an elementary school-aged boy in the late 1960s or early ‘70s what he wanted to own when he grew up, if he could own anything in the world, he would very likely have had one or more of the following on his list: a rocket ship, his own car company, an airplane (or even better, an airline), maybe his local newspaper, and a sports team.

Yes, these are clichés, and gross generalizations based on gender – but they’re also true.

Fast forward fifty years, and what do the richest men of a certain age choose to buy when they can buy anything in the world? Those exact things.

Don’t just take our word for it – here are some examples:

–News media. Why do rich men want to own newspapers in this digital age? Could it be too many viewings of Citizen Kane? Or just a deep-seated belief that shaping news coverage is the ultimate means of power and control in society – in the past, now and always? Being the final arbiter of what news average people are given access to, and how, makes a news media owner a gatekeeper and power broker who has to be dealt with by all other powerful people. Rupert Murdoch, Jeff Bezos – it cannot be a coincidence that even a tech mogul wants to be a newspaper man.

–Sports teams. This seems to be the ultimate dream of many a rich man who made his money in business or finance: to own a professional sports team. Whatever sport they played when they were teenagers – or wish they could have played – is the one they seem to gravitate to. Steve Ballmer and the L.A. Clippers, Howard Schultz and the Seattle Supersonics, Bob Johnson and the Charlotte Bobcats, Woody Johnson and the New York Jets, Mark Cuban and the Dallas Mavericks, William Clay Ford Sr. and the Detroit Lions – the list goes on and on. I asked one of my rich male friends what was behind this, and without hesitating he said “it’s a guy thing – it’s a status thing – I’m buying a sports team because I’m that rich. It’s that simple.” OK, then.

–Cars. Tesla, too, is a boy’s childhood dream: design a line of sleek new cars, and spend a lot of time driving them on racetracks and adding a bunch of cool features to them. It harkens back to the cartoon “Speed Racer,” with his car the Mach 5, and also the hundreds of Hot Wheels and Matchbox cars owned by nearly every boy I knew growing up. There’s a direct line from Henry Ford to John DeLorean to Elon Musk, no? Taking it a step further, Google co-founder and Alphabet CEO Larry Page is spending millions to fund startups building flying cars.

–Airplanes. Virgin Airlines brings the groovy ‘60s to mind, when air travel was sexy, exclusive and fun, and I completely understand why Richard Branson designed it that way. No one growing up today dreams of owning an airline (it would be like dreaming of owning a bus company). But back in the day, when we didn’t even know anyone who had ever flown on an airplane – let alone been on one ourselves – owning your own airline was an unrealistic, fantastical dream. I took my first airplane flight when I was 12, and I still don’t take it for granted that I’m not making long trips on four wheels anymore.

–Rocket ships. Blue Origin, SpaceX and Virgin Galactic are all opportunities for their founders to put themselves into the iconic picture that our generation grew up with: three men on the moon in their cool space suits. You can say that space travel is about the future, but you could also say that it’s very much about the past: recapturing the confidence and daring of the JFK era, before it all came crashing down to earth. The TV shows that we watched growing up in the late ‘60’s were Star Trek, the Jetsons and Lost in Space. The luxury of living that fantasy is something only the .001% can afford, and they’re going for it.

There are a few other examples that have more to do with teenage dreams than with boyhood ones: several really rich men have bought vineyards or craft breweries; hip restaurants or nightclubs; and of course one of our better-known American moguls once owned a beauty pageant.

The next natural question, of course, is “What about the wealthiest women among us? How do they spend their money?” We wondered the same thing.

Sadly, there are many fewer press reports about the business pursuits of highly wealthy women. A lot of what you will find that is exhaustively tracked and reported concerns either rich women’s shopping habits, or their philanthropy. For example, Laurene Powell Jobs’ effort, the XQ: The Super School Project, is placing $10 million bets on 10 high schools over the next five years to reinvent the high school classroom and learning experience. Oprah Winfrey has donated hundreds of millions to education-based charities around the world. Judy Faulkner, arguably the wealthiest American woman in technology, has pledged 99% of her $2.7 billion net worth to charity.

These are vitally important activities that are rightly covered in the press. But I can tell you that in my own circle of friends, women of who have made their fortunes in corporations or finance are now also pursuing some of their childhood dreams via the entities they buy or invest in. They just don’t always get noticed for it.

Here are some examples: Oprah is producing feature films, documentaries, and Broadway plays; Laurene Powell Jobs runs the Emerson Collective, which is making venture investments in a number of promising start-up companies in the Valley (including Ozy, a news organization; MACRO, a talent management agency; and just last week, Anonymous Content, a production company). A female friend who conquered the media industry is now running an art gallery in Manhattan. Another is running a luxury destination spa. One has launched a jewelry company; another owns a vineyard in South Africa; a third runs a big-city restaurant. Several female friends have either started their own companies, become angel investors with a keen interest in women-led businesses, or become financiers of film projects that tell the untold stories of other women. Tory Burch has established a fund to invest in female entrepreneurs, and Guler Sabanci, Chair of Sabanci Holdings, founded a significant art museum in Istanbul.

What about sports, you say? Forbes did a round-up report earlier this year on women who own professional sports teams in the NFL, NBA and MLB, and there are only four: three of the women inherited their teams from their late husbands (New York Giants, Utah Jazz, and Detroit Lions) and one inherited it from her father (SF 49’ers). Billionaire Spanx founder Sara Blakely is a part-owner of the NBA’s Atlanta Hawks. More encouraging? Nearly all of the owners of WNBA teams are women, including dynamo Sheila Johnson.

Will this pattern continue into the next generation? It’s probably a beat too soon to know how the young and newly-rich will spend or invest their wealth. So far, it seems as if they differ from their predecessors in some important ways. While there are inevitable instances of lavish spending ($9 million weddings, that sort of thing), there are at least an equal number of news stories reporting on the next generation’s early philanthropy. Mark Zuckerberg and his wife Dr. Priscilla Chan are the most notable examples, but there are many others.

The tendency toward significant philanthropy relatively early in life could be influenced in part by the difference in the type of company that this younger group has launched.  As opposed to starting (or running) oil, chemical, pharmaceutical, grocery store or clothing empires, these guys (and I mean that literally, they are mostly men), have started companies that are inherently more social and inclusive. Share your life (Facebook/Instagram), your house (Airbnb), or your car (Uber) – perhaps it’s not surprising that these new billionaires are investing in cancer research rather than cars and sports teams. At least for now anyway.

It makes me wonder how the up-and-coming generation of male and female moguls will decide to spend their money in the next couple of decades. Will it be the things they dreamed of as kids, too?

0 comments on “Do Rich Men and Women Spend Their Money the Same Way?”