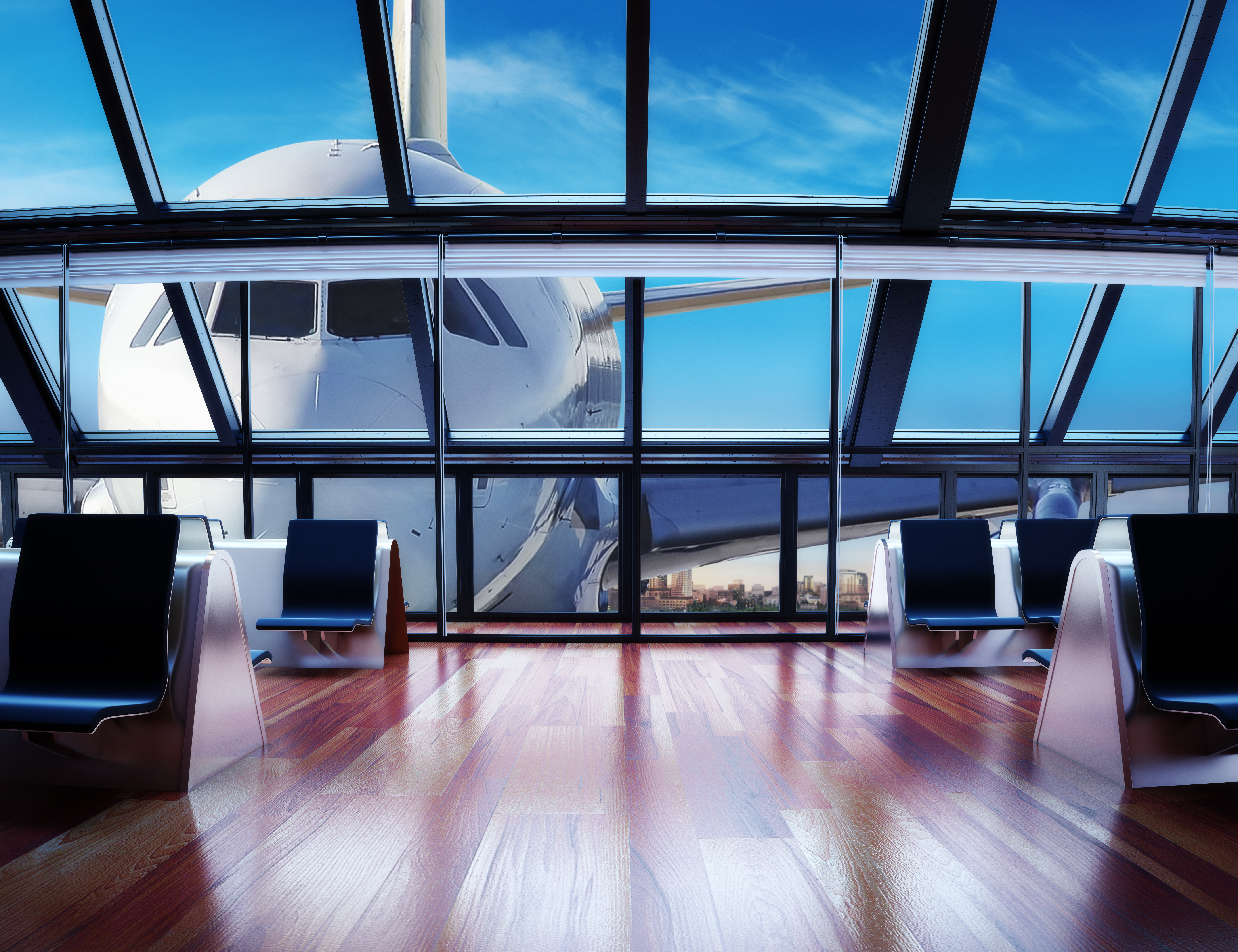 One of the less-often-discussed tenets of luxury is based upon the intense desire of the wealthy for time well spent, and never wasted. In my experience, there’s an inverse correlation between a person’s level of wealth and their level of patience, so the cliché turns out to be largely true: the well-off really do behave as if time is money, and they really hate to waste it.

This is particularly true in the realm of air travel. Those who can afford it opt for their own private jet or a fractional share in a jet service in part to flee the inescapable waiting involved in flying commercial. Of those who do fly commercially, most would whole-heartedly agree with an observation made by one of my friends: “the best luxury invention ever is Global Entry!” (That’s the government’s known-traveler program, which speeds you through security both departing from and arriving back into the U.S. Upon re-entry from overseas, what used to take 30 minutes in a passport control line now takes 3 minutes. That’s a serious luxury, and it is very affordable).

It’s interesting to see how the world’s best airlines have taken note of this passenger desire for not one wasted minute, and found ways to monetize it via their first class passenger amenities on the ground. No one enjoys standing around waiting at an airport terminal – if you have enough money, you can buy your way out of almost all of it. Other luxury marketers might take a few lessons from how the best airlines take as much pain out of the travel process as possible.

Most of the time, when people think or talk about the benefits of flying in first class, they’re referring to what happens up in the air: the service, the food and wine, the comfort of the seats, the ability to lie flat. We wrote about the in-flight experience in a previous post, and we agree, the experiences can be mighty fine.

That said, frequent elite travelers will quietly tell you that the real benefits of flying first are often about what happens on the ground – not what happens after take-off – especially if a flight is delayed or cancelled.

Let’s start with the best-case scenario: your flight’s on time and you’re comfortably on schedule, not running late or making a tight connection. In those circumstances, here are some of the benefits that the best luxury airlines provide:

–Rapid check-in at the airport. More and more, airlines have a dedicated lane solely for their first-class passengers that gets them checked in and fully through security in 5-10 minutes, max. For example, in Doha, Quatar Airways has a completely separate and spacious airport entrance just for its first-class passengers.

–An airport lounge with free food and drink – sometimes quite good food and drink. Depending on the airline, the lounge might have a couple of different restaurants, spa services (including mani-pedis and massages), showers, and day-beds. Some have cigar lounges and work-out rooms. They all have free Wi-Fi, free magazines and newspapers, and extremely comfortable chairs. More on this in a moment.

–A personal escort through the airport to the gate, sometimes by luxury car across the tarmac, and often-times including a special passport control window with no waiting.

–Pre-boarding for the flight, so that you are never fighting for overhead space. The flight attendants will actually help you get your bag into the overhead compartment. And there’s usually a nice glass of champagne being offered before take-off.

–You’ll be the first out when you land, since you’re at the front of the plane, and you’ll be given a pass for the express line at passport control if you’re traveling internationally.

–Checked bags with a special “priority” tag mean that your bag is a lot less likely to get lost, and a lot more likely to show up first on the carousel, so you’re on your way almost as quickly as those who didn’t check a bag at all.

These are all fine amenities. But when things start to go wrong, that’s when the real benefits of flying first on a good airline kick in:

–If there’s a weather- or equipment-related delay, the passengers in first will be told exactly what’s going on, and if the flight ends up being significantly delayed or cancelled, they’ll be rebooked first. If this happens well before your flight is scheduled, you’ll get a phone call or a text, or both, to save you an unnecessary trip to the airport. Given that in the past five years, government statistics indicate that between 16-23% of flights are delayed (meaning more than 15 minutes behind schedule) and 1-3% are cancelled, this is a non-trivial benefit if you really need to get where you’re going on time.

–If you’re running late to get to the airport from your home or office, it’s a lot more likely that you’ll still make your flight if you’re in first. The airlines don’t advertise it, but they will definitely hold planes at the gate if a VIP or regular passenger is a few minutes late.

–Ditto if you have a tight connection. And in those circumstances, it’s not just that they’ll hold the plane for you. I was once on a Lufthansa flight from Poland to Frankfurt, where I was supposed to transfer to another Lufthansa flight to JFK. I was agitated about the tightness of the connection even before we left Poland, because I was keen to get home and worried that I was going to miss my plane. (If you’ve ever flown through Frankfurt, you know how big the airport is, and how much time it takes to get between gates). Sensing my distress, the steward on the flight from Poland said, “Don’t worry, it’s going to be fine.” I didn’t know exactly what he meant until we landed in Frankfurt. At the bottom of the stairs leading off the plane was a black Porsche 911 — beside it stood a young woman holding a sign with my name on it. She whisked me into the car, across the tarmac, through a small unmarked door at the terminal, and into the best airport lounge I had ever seen. She took my passport and went off to fetch my boarding pass while another kind person brought me a cup of tea. Before I could finish it, it was time to board the flight to JFK. Now that’s first-class service. And I’ll be loyal to Lufthansa for a long time as a result.

The value of the airport lounge becomes clearer the more you travel. Road warriors know that things frequently go wrong, and having a private space to work or relax goes a long way toward reducing the stress of travel. Various travel websites routinely rank the 10 best first class lounges in the world, and after reviewing a couple of these lists, I am both proud and a bit dismayed to report that my travels over the years have taken me to nearly all of them.

So as you plan your next trip, should your destination be any one of these cities, you can take my word that it would be a totally luxurious experience to hang out for a while in any of these lounges (conversely, some first-class lounges are extremely sub-par and not at all worth paying extra to gain access to, but we’ll save that for a future post).

Here’s Dandelion Chandelier’s list of the top first class lounges in the world:

Our team was split on British Airways at Heathrow – it gets mixed reviews – I have very happy memories of family trips that passed through that lounge, so I’m biased. I like it.

Note that NONE of these are U.S. based carriers. It’s a shame, but our domestic airlines are just not in this league. Some seem to be trying to catch up, for example, American Airlines is fully renovating its first-class lounges at JFK, LAX and Miami. Perhaps filling this hole, American Express has launched airline-agnostic Centurion Lounges at several U.S. airports that you can access with a platinum card. It would be great to see the U.S. carriers up their games.

It’s a good lesson for all luxury companies: people will pay a lot if you can reduce their stress and uncertainty in an inherently unpredictable situation (we’ll explore “luxury” healthcare for further examples of how to do this well.)

As for those of us in the traveling public, if you’re making the journey with young kids or older relatives, or just have a really tight deadline to get where you’re going, the peace of mind you can get from flying first might be well worth the extra cost. If your spouse or traveling companion objects to paying more, just remind them: you’re maximizing your chances of time well spent, and never wasted, if you’re in first. And isn’t that part of what luxury travel should be all about, whether you’re grounded or up in the air?