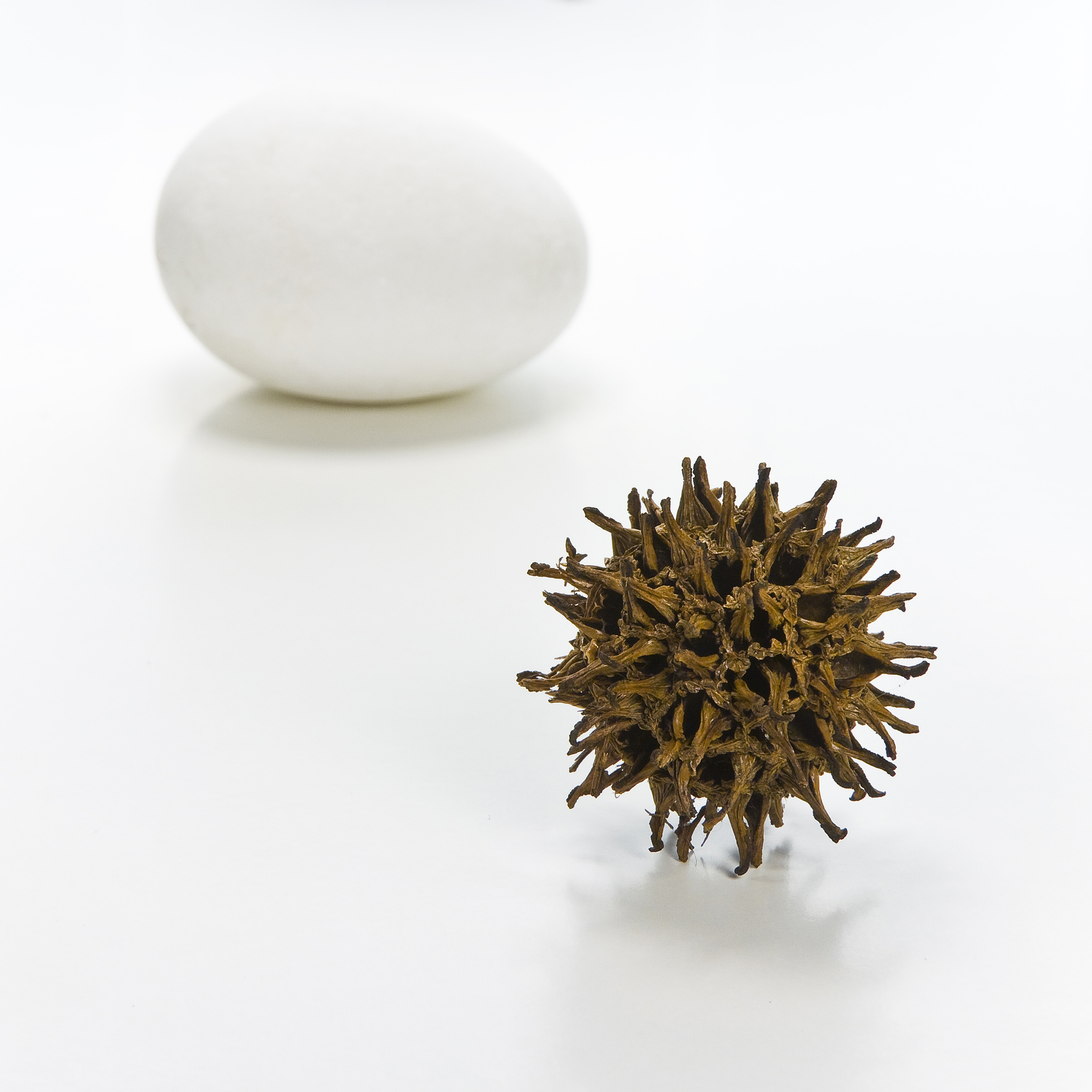 Traditionally, luxury would have been described as being the height of conventionality: polished, respectable, predictable, and safe. But the new luxury often has a decidedly edgier appearance, co-opting what was once considered underground, low-class or provocative in the service of making wealthy people feel cool and au courant. Look no further than the once-humble tattoo.

Back in the dark ages when I was growing up, no one could have imagined that tattoos would one day be seen on the rich and powerful. In Michigan in the ‘70s, they were the province of bikers and longshoremen, people who had been incarcerated and maybe the occasional gang member. Middle class people got them when they were drunk, and regretted them the morning after. Tattoo parlors were found in ratty neighborhoods.

We didn’t know anyone who had one.

Fast forward, and it seems that everyone has a tattoo. Or far more body piercings than the traditional one-in-each-earlobe routine. Or a shaved head. Or two or more of the above. Schoolteachers and police officers. Personal trainers and lawyers. Investment bankers and doctors. Everyone.

People getting married now have tattooed wedding rings. Top runway models attending the Met Gala sport multiple piercings. There are celebrity tattoo and piercing artists. The contemporary brand Hood by Air featured heavily inked, pierced and branded models on its runway for its January menswear show, and replicas of the models were showcased in the windows of Barney’s on Madison for several weeks this spring, provoking both admiration and dismay. A luxury spa in Thailand features on-site sak yant tattooing, an ancient Buddhist style believed to offer mystical powers, protection and luck. HTC has had a series of three phones with tattoos from celebrity tattoo artists embossed on the case, most recently the model One M9 Ink. And several labs are competing to create the first robotic tattoo artist, with the help of 3D printing.

Culturally, tattoos are everywhere. There have been museum exhibits in Virginia, Paris and Hamburg exploring the historical roots of tattoos in Japan and other countries. One curator commented that tattoos are “a diverse human practice with deeper historical roots than people expect.” Amy Schumer’s new book is titled “The Girl with the Lower Back Tattoo.” Collectors are increasingly seeking artwork that features tattooed figures. Network television has taken note: Blindspot, an NBC show about a women covered in tattoos, was the number one new drama last season, and Prison Break, whose original plot was about a man covered in tattoos, is returning to Fox. People watch Rihanna’s tattoos for clues about her love affair with Drake.

It’s estimated that 45 million Americans have at least one tattoo, and that 40% of U.S. adults between the ages of 26-40 have at least one. Dame Judi Dench got her first tattoo this year at age 81.

How did tattoos become a signifier of wealth and taste? A luxury item, even? And why is body modification – whether in the form of tattoos, multiple piercings, radical cosmetic surgery and extreme fitness regimes – becoming socially acceptable among even the most well-to-do? There are several possible explanations:

–Boredom. Fighting ennui has been a preoccupation of the luxury class for centuries. When quotidian worries like shelter and food have been amply attended to, for some the need for a jolt of adrenaline leads to exploration of all sorts: helicopter skiing, mountain climbing, deep sea diving, race car driving. And apparently, body modification. If idle hands are the devil’s work, then chalk up some of the rage for ink to sheer boredom.

–The need to be provocative. The offspring of the wealthy have also for centuries looked for ways to rebel, and to separate from their parents. When every basic need has been satisfied, it’s a luxury to be able to break taboos: grow a beard, wear a profane graphic T-shirt, get a bunch of tattoos, live in a studio apartment with no AC, have your ears gauged, get a septum ring, or date someone your family finds unacceptable. A recent New York Times story reported that young women in their 20s are increasingly shaving their heads. One 22-year old reported that she had waited to do it for fear of upsetting her parents, but during a “tense visit home” she cut all of her hair off in her parents’ bathroom. She now has “confidence I never had.” A survey of Americans with tattoos reported that 29% agreed that their tattoo makes them feel rebellious (31% said it makes them feel sexy). As once-scandalous choices become mainstream, there’s always a new boundary to cross. Today, tattoos. Tomorrow, dental grillwork. The search for identity takes many forms, and the luxury class has the means to pursue many of them, and the luxury of knowing that when they tire of it, the consequences will be de minimis.

–The desire to make a statement. Standing out in a crowd is a basic human need for some. Body modification is a way of both asserting individuality, playing with perceptions about gender, expressing personal taste, and signaling which “tribe” you are a member of (for gang members, it’s literally a form of identification and communication). It’s also a way of proving to the world how tough you are (a lot of these processes are still reasonably painful). An Instagram posting of a wild tattoo is useful social currency for some. For others, it’s a political statement. In a repressive society, even the wealthy may resort to a simple tattoo as a way to express dissent.

–Easy reversibility. The rise of the temporary tattoo has made it really easy to play at being hip without having to live with any consequences. Tattoo removal used to be a lengthy, painful and potentially unsafe process, with mixed results (there’s now a sub-set of tattoo artists who are specialists in “blasting over” or refreshing aged tattoos to make them aesthetically pleasing again). Companies like Tattly have made temporary tattoos just another disposable form of decoration and self-expression, like apparel and accessories. Tattly’s founder, Tina Roth Eisenberg, is a brilliant creative leader – her insight included not just understanding that a temporary tattoo was a safe way to be transgressive – she also got the point that people didn’t want “Mom” or a mermaid on their shoulders, they wanted images from the art world, from the best tattoo artists, images that matched their taste level. Thus was born a highly successful new global business, with sales in over 50 countries and presence at parties hosted by Vogue, Christie’s auction house, and SoulCycle. You can buy Tattly products at the Metropolitan Museum gift shop, or at the tony boutique Colette in Paris. Not in the mood for high culture? Picattoo will print your Instagram photos as full-color temporary tattoos. Not to be outdone on the low-commitment front, start-up company Ephemeral is marketing tattoo ink that lasts for one year and then disappears.

The temporary nature of tattoos may come in handy as the millennials age and move up the ladder at work. Skinfo.com found that 37% of human resources managers cited tattoos as likely to limit career advancement (piercings were even more damaging). 42% of adults surveyed think tattoos are inappropriate at work, and interestingly, only 94% of people with tattoos would hire someone with a tattoo (that seems hypocritical, no? Shouldn’t it be 100%?)

Edginess is not a new thing, of course. High fashion’s role in society has always been to provoke, to push boundaries, to change the way we see things. The runway has always been a place of extremes – the spring shows of Givenchy, Rodarte and Dries van Noten all featured distinctive elements of facial piercing and tattoos. Runway model Tamy Glausar has sported a buzz cut for 10 years, and she has walked the Louis Vuitton shows for the last 5 seasons.

I always wondered why models, considered to be “perfect” human specimens, were in such a hurry to make permanent marks on themselves, whether via tattoos or body piercings. But then I realized that this happens all the time in fashion. Pristine luxury brands frequently create buzz by essentially defacing themselves – think about the numerous times that Louis Vuitton has grabbed our attention by scrawling graffiti on its thousand-dollar handbags and $7,000 steamer trunks. The merchandise has been covered with leopard prints, shocking pink paint, and neon-colored dots, and turned into punching bags. The extreme distressing only makes the prices go up – these are limited editions, marking their owners as deep insiders in the transgressive world of high fashion. Ditto the $500 jeans at Neiman Marcus that are shredded, faded and ink-stained. Gucci’s current collaboration with Brooklyn street artist Trevor Andrew, better known as GucciGhost, is just the most recent example.

For a lot of people, perfect is dull, making roughed-up the new polished.

Bergdorf Goodman clearly sees this as a trend with some legs to it – the luxury store recently hosted a collaboration with a body-piercing artist. Upscale piercing salons are starting to be a presence in big cities. With multiple piercings comes the need for more jewelry – shopping opportunity!

Conversely, some people at the other end of the economic scale have adopted the traditional look of the landed gentry – many “urban” clothing lines are identical to the classic preppy brands of the 1980’s. Ralph Lauren has a huge following in some economically distressed neighborhoods. Rebellion takes many forms, and it seems that each class at one extreme wants to look like the other. Maybe that’s a good thing?

It certainly helps when our fashion choices, including our body modifications, defy categorization by economic class. If nothing else, it requires purveyors of luxury products to take everyone seriously – the millionaires in our midst may be the ones with the nose rings.

3 comments on “Are Tattoos Really Subversive if Rich People Love Them?”