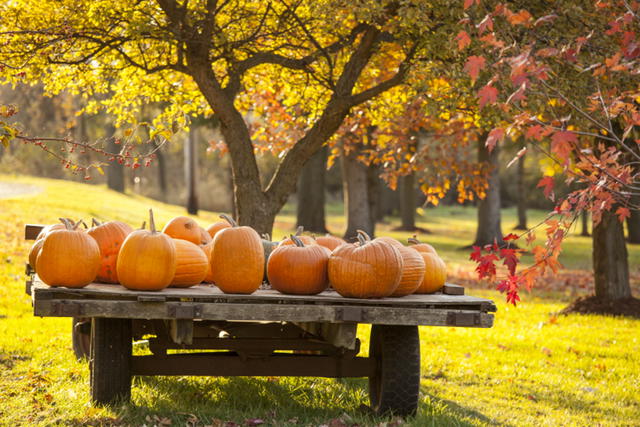 Now that it’s officially autumn, and even the sun-worshippers among us are being forced to accept the inevitable, it seems timely to celebrate the season. Herewith, we share our inside information on how the luxury class plans to spend this fall.

We asked some of our wealthy pals what they’re most looking forward to between now and the end of November, or which annual tradition they’re most excited about – excluding Halloween, Thanksgiving, and any other holidays, because that would be cheating. Not surprisingly, they came back with a list of luxuries both high and low (meaning some of these are actually affordable!) In addition to apple-picking with the kids, a cozy cashmere blanket, the smell of a pumpkin pie in the oven, cinnamon-scented pinecones, a good long run amid the falling leaves, and the snap of a crisp autumn breeze, here are some other favorite autumn luxuries:

–Leather jacket weather. Need anything more be said? The time is now, and it won’t last long, so just revel in it.

–Beer! A couple of friends are currently in Munich at the annual Oktoberfest (it ends on October 3rd, so there’s still time for you to make it there). They’ve been sending photos of beer, sausages, and people in lederhosen and dirndls. And sharing fun facts, like noting that 6 million liters of beer will be consumed over the 17 days of the festival. Can’t travel? It’s a certainty that a bar near you is having some kind of beer-related event sometime soon. Make yours Bavarian, and remember to say “Proust!”

–Parties moving indoors. An accomplished hostess reports “I love decorating the house for our annual autumn dinner party. Glass pumpkins and scented candles inside. Corn stalks, hay bales and gourds by the pool. My caterer created a special cocktail for us one year and now it’s our go-to: an autumn spice martini.” She’s planning to serve autumn kale salad, duck breast with cherry sauce, and apple cake this year. Shopping tip: if you love home fragrance, she says that Williams-Sonoma makes the best pumpkin-scented candles ever.

–The roar of the fireplace. A male friend told us “Our house in the country has several working fireplaces, and we usually light the first fire at the end of September. You can’t beat sacking out on the couch with a great book, a good glass of red, and a fire in the fireplace.” And yes, he says that you can totally cheat and use a Duraflame log for your fire. At least to get it started.

–Art and culture everywhere. Music festivals in the desert and the Frieze Art Fair in London are among the excursions we heard were being planned in the next few weeks. New York is never better than in October, so a bunch of people are finding reasons to visit (a sudden need for a business meeting that can only happen in Manhattan, that kind of thing). On our list: a road trip to the new National Museum of African American History and Culture in DC (you can get six timed passes at a time for entry, but book now, as this is a red-hot ticket).

–Football! Many people are as excited (if not more) about college football as about the NFL. Everyone’s college alma mater seems to have that one game that lures all the alumni back, and for many, it’s a family tradition to attend, wherever it may be. Says a friend: “Whether it’s home or away, we always go and host a tailgate party. My husband’s Texas red chili is his pride and joy.” Insider tip: dress well, as it’s a certainty that either your old flame or your old nemesis will be there, and either way, you need to look amazing.

–Sweater weather. The fashionistas report that there are some gorgeous offerings in-store now. I recommend Altuzarra, who did some fantastic sweaters this season (they’re somehow both chunky and slimming – how did he do that?) Ditto Bottega Veneta. For those who love Gucci, there are tons of knit options for you, including the capsule GucciGhost line.

–Autumn weddings. We have a stack of invitations, and now we know why. Last year, according to The Knot, the number of couples marrying in the fall surpassed the number marrying in the summer. 39% of couples had autumn weddings, while only 33% had summer ceremonies. And no, according to The Knot, should you marry in October or November, you don’t have to serve apple cobbler or pumpkin pie instead of wedding cake (although the guests might really enjoy that).

–The Monaco Yacht Show. Love luxury yachts, elegant parties and a dazzling setting? Next week, this is the place for all of them.

–Fall foliage road trip! The person I know who is the all-time most passionate lover of autumn always makes a pilgrimage to the Berkshires this time of year (she stays at Blantyre). But there’s also Vermont; Aspen; the U.P. in Michigan; the Great Smoky Mountains; and Taos, New Mexico. Instagram awaits, leaf-peepers! Go forth!

–The women’s fashion shows: New York and London down, Milan in progress, and Paris awaits. What will Chanel do for this season’s show? Can’t wait.

–Pumpkin-flavored everything. OK, I’ll admit it: I’m a sucker for pumpkin-flavored coffee. Starbuck’s Pumpkin Spice Latte or Dunkin Donuts, I’m agnostic. It’s all good. Ditto any pumpkin ravioli and any pumpkin muffin, anytime anywhere. Have you tried the new pumpkin-spice Oreos? Awesome. Not so much the pumpkin-flavored Jell-O, though – you have to draw a line somewhere.

–A visit to wine country. My expert oenophile friend says that she doesn’t visit Napa or Sonoma any longer – too overrun with tourists. She swears by Paso Robles, and she likes the Hotel Cheval.

–Wednesday, November 9th. The one thing that everyone, left, right and center can agree on? The best day of the fall will be when this interminable Presidential election is finally over.

Happy autumn! I’ll see you in line at Starbuck’s.

0 comments on “How to Have the Most Luxurious Autumn Ever”