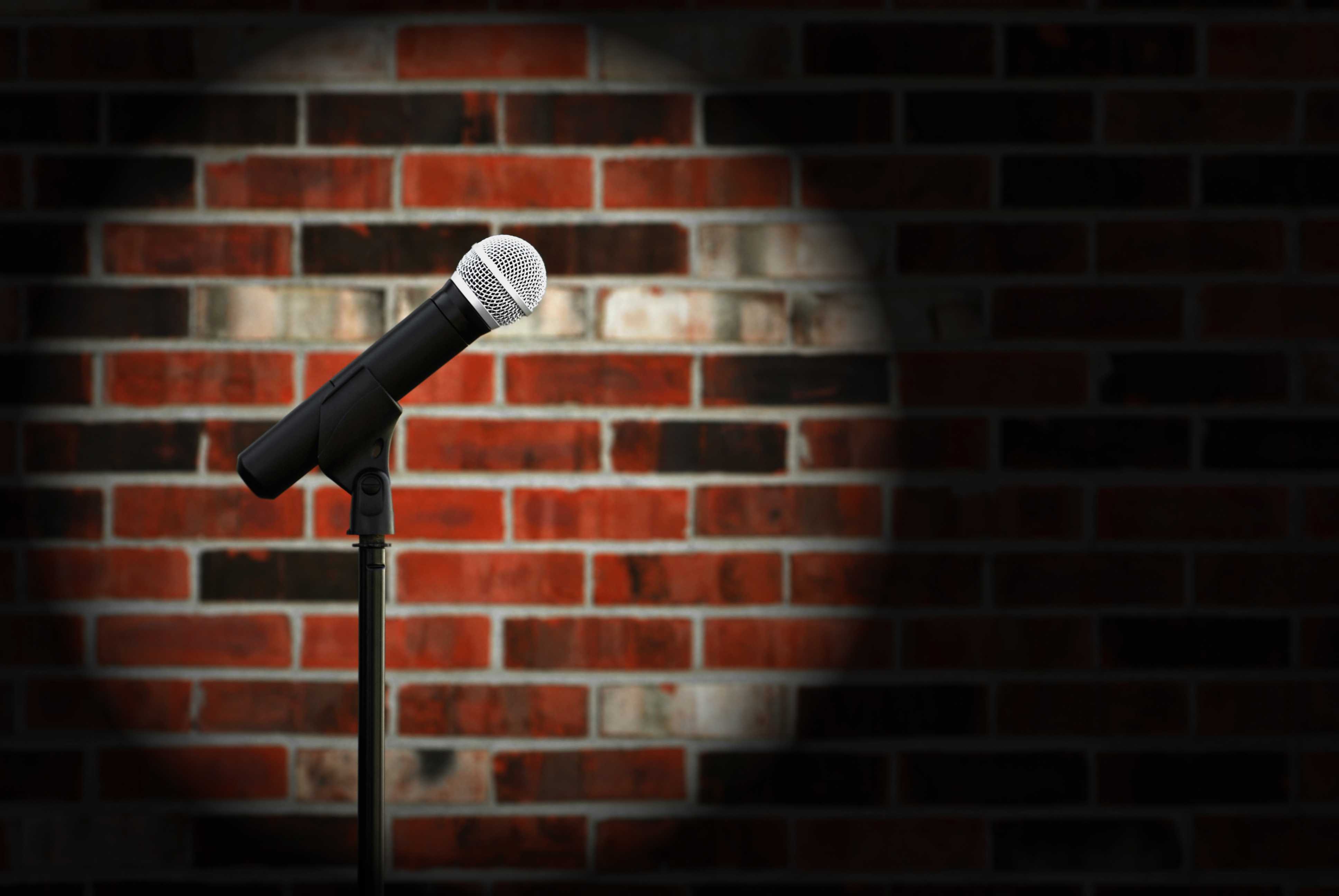 Traditionally, luxury was considered to be the height of seriousness. The lofty price points seemed to necessitate a sober mien and a clear head. There’s nothing funny about spending serious amounts of cash on something that strictly speaking you could easily live without. So for many years, I didn’t think that humor had any place in the luxury milieu.

But then I had a little epiphany.

I bought a new ski jacket last week for the first time in at least 10 years. I didn’t go looking for it, and it’s debatable whether it was a necessary purchase. I’d become a little tired of my kids’ teasing me about my trusty black ski jacket, but I was convinced that it had brought me good luck for the past decade or more. Never an accident on the slopes in this jacket. It kept me really comfortable. For a ski jacket, it was relatively slimming. Why mess with what’s working?

Nevertheless, the fine people at Moncler lured me into their new shop-in-shop at Saks in New York as I was exploring the store’s newly remodeled designer floor. The brand had some really beautiful choices, and while browsing, I was drawn to an ivory puffer jacket with white faux fur on the hood and black trim at the waist. Very Courchevel chic. I took it off the hangar to try it on, and glanced inside at the lining. To my delight, I found the most adorable care instructions for a garment that I have ever seen. An 8-panel cartoon was sewn inside, featuring a rabbit explaining in comic French and in English how to launder the jacket. The rabbit had me at hello, and now I have a new ski jacket that I was not intending to buy.

What is the role of humor, whimsy and little happy surprises like this in the luxury arena? You could think about this in at least two ways. There are some brands that are fun – meaning that they make you smile. Lisa Perry and Trovata are two contemporary apparel lines that can always be counted on for bright, happy, or witty fine-gauged knits (Lisa Perry has a sweater out right now reading “Glass Half Full” on the front and “Glass Half Empty” on the back). Anya Hindmarch’s handbags are good crazy fun – her latest one is shaped like a little ghost.

But are big-deal luxury brands allowed to be funny? Meaning that they make you laugh out loud? If you giggle when you see it, is that a disqualifier?

Increasingly, even the most established luxury brands have been demonstrating a sense of humor, becoming more playful, and it seems to be working out rather well.

It’s most obvious in the fashion category, where apparel and footwear have provided a broad canvas for jokiness. Marc Jacobs’ print ads for his eponymous line are deliberately kooky and provocative. Dolce & Gabbana has increasingly gone in this direction with both their advertising and their products. Last year’s “Mama” collection featured $2,500+ dresses with appliqués that were inspired by hand-drawn pictures from elementary school-aged kids. The “Grandmas” ad campaign featured a trio of Sicilian grandmothers having a grand old time with a laughing group of young people.

This spring, Prada featured silk blouses, skirts and jackets with cartoon rabbits, race cars and rockets (what is it with cartoon rabbits? They must be inherently funny to designers). Fendi’s designer sneakers feature acid-colored poofs of fur and big applique eyes in bold colors (you can check out some new offerings on this front from Prada and Fendi on our Instagram page). Gucci is selling booties with silver sparkles and miniature black pom-poms on the laces, and the newest trend in women’s footwear is outré booties with a wide variety of embellishments, including Ukrainian folk-inspired motifs, peacock feather prints, and “pixilated florals.”

Libertine, the niche line from California, is only and always about crazy fun — the jackets and sweaters are embellished with lips, eyes, hands, and all manner of pop cultural cartoon references. At almost $2,000 for a sweater, it’s not cheap, but it’s definitely memorable. Lately, Moschino has gone all-in on raucous humor, with shirts with xx all over them. This season Stella McCarthy is selling a cream-colored silk blouse with about thirty cat faces on it. Further down the food chain, Coach picked up on this trend a couple of seasons ago and featured sweaters with rocket ships and dinosaurs in their stores’ front windows and in their ads.

Of course, none of this is new. Infant and children’s clothes are frequently adorable and funny (since you won’t be sleeping, you might as well have a good laugh at 2:00A). Graphic T-shirts have always had jokes on them, ugly Christmas sweaters exist only for the purpose of mockery and eggnog games, and I still remember those “fun” shoes that people were wearing a few years ago that had individual toe openings that made your feet look Big Foot’s (I assume those were supposed to be funny?) Lower-priced contemporary brands have always been allowed to have fun like this – but it’s a different matter when you’re talking about a $3,000 jacket.

For those not ready to jump into the deep end of the pool, the fashion category has found ways to allow the consumer more control. Instead of embedding the comic notes into the product itself, more often now they come as add-on products that allow you to decide how much crazy you are in the mood for on a given day. For example, Fendi accelerated a new trend in the accessories business a couple of years ago (and undoubtedly made a ton of dough) when the brand launched its hysterically funny fur bag charms. For the uninitiated, a bag charm is little bauble the size of a key chain that you can attach to the handle of your handbag or suitcase; while Louis Vuitton seems to have invented this concept, lots of brands offer them now (they make great gifts, by the way). Fendi started out doing small balls of fur with eyes that looked like little gremlins, then moved on to a miniature fur Karl Lagerfeld, and last holiday season offered colored fur balls with each letter of the alphabet so that one could spell out their initials in bag charms (they were crazy expensive, $900 a pop as I recall, and they sold out practically overnight). I have a teal and gray little monster with a benign goofy expression attached to one of my Fendi bags, and it never fails to make people smile when I carry it. It looks like an upscale Furbi.

In beauty, the Philosophy line made its name with humorous product names like “Hope in a Jar.” And Barney’s has always demonstrated a sense of humor in its front windows – after all, its tag line is “Luxury. Taste. Humor.”

Of course, humor is in the eye of the beholder, and one person’s whimsy is another person’s train-wreck. The more expensive the brand, the more license there is to approach that line – but it’s a short journey from funny to offensive, and even the highest-priced brands get too cute at their peril. For example, I hated the Breitling watch TV ads that I guess were supposed to be funny, where a handsome man flying his own plane leaves one beautiful leggy blonde at the air strip because she’s late (she doesn’t have a Breitling, obviously) to fly off to his meeting with a second leggy blonde who has managed to be on time. Ugh.

Still, in these terrifying times, seeing an ad with a sharp sense of humor, or buying something that makes you smile whenever your eye falls on it, or giving your co-workers and family members something new to tease you about, or sporting a conversation-starter that will allow you to chat with the person standing next to you at the airport in the TSA line, is probably not a bad idea.

In a world of stress and fear, the greatest luxury of all might be a heartfelt laugh.

1 comment on “LOL: Are True Luxury Brands Allowed to be Funny?”