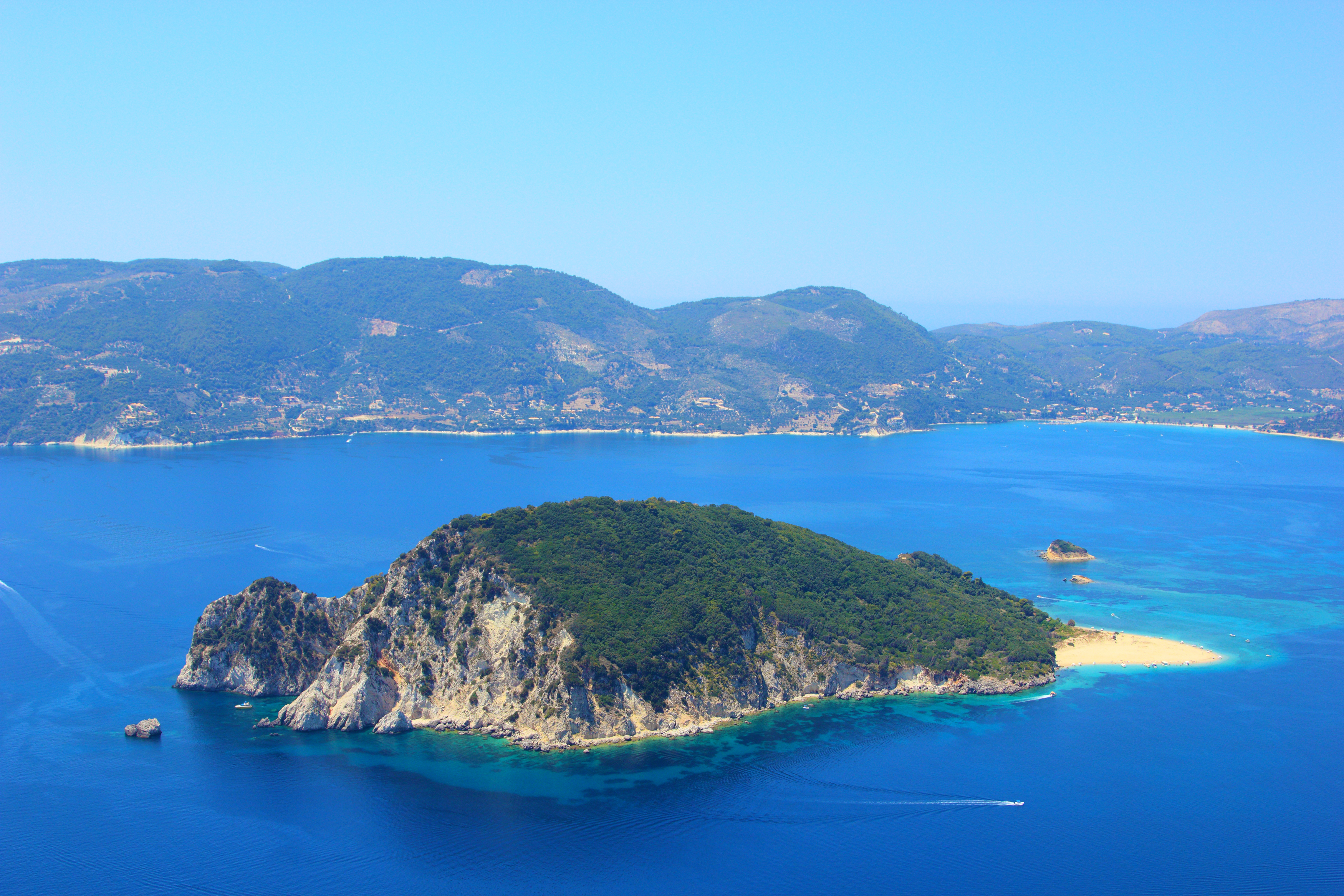 Talk to them long enough, and you’ll hear an interesting undercurrent running through the conversations of many highly wealthy people: despite the bravado that many project externally, internally they feel quite vulnerable. They are deeply concerned with security, and with minimizing their dependence on outsiders or on the government for anything related to the health and safety of themselves and their families. With all due respect to John Donne, some people want to be an island unto themselves, and they have the means to make it happen.

It’s well known that to protect themselves and their assets, rich people have bodyguards, guard dogs, private jets equipped with advanced medical equipment, bullet-proof limousines, off-shore bank accounts, security wires embedded in their lawns and safe rooms in their homes with a separate security system. That’s all de rigueur these days. The press reports that Mark Zuckerberg’s security costs $5 million per year.

Sometimes people go to slightly more unusual ends to feel prepared for the worst. I recently read an article about a man who obtained citizenship on the island nation of St. Kitts in case he had to flee the U.S. in a national emergency. In the wake of 9/11, many people obtained dual citizenship so that they could carry two passports at all times. In the immediate aftermath of those attacks fifteen years ago, I had lunch with a major CEO who confided that he had several gold coins sewn into the lining of every suit he wore so that if something bad started to go down, he’d have a ready source of cash (I advised him to be careful at the dry-cleaners).

Some of us are just dabbling in the shark tank, and for us the tech world has developed a number of personal and home security devices that will make us feel a bit safer: things like video doorbells, pocket-sized security systems that you can travel with, and connected alarm systems that can be controlled remotely.

But for those who want to kick it up a notch further – perhaps inspired by the new Oliver Stone movie about Edward Snowden – there are classes available on how to survive without police presence in either the wilderness or the urban jungle (need to know how to hot-wire a car or how to escape after being thrown handcuffed into a trunk? There’s a class for that). You can bone up by buying the “Conceal and Survive box set” on Amazon, which has 6 classic tomes on how to survive pretty much anything, anywhere.

I used to think that planning for self-sufficiency in case of a massive disaster was a fringe activity, but then I learned better. In the aftermath of Hurricane Sandy in 2012, a millionaire friend kindly explained to me that with the right-sized generator, satellite TV, a deep well, a larder well-stocked with frozen and canned food, a dog and some light weaponry, you can happily exist with no support from state or local government for several weeks. He has all of that at his current house. He’s a generous soul and during the aftermath of the hurricane, he invited my family to stay with him when we lost power for three weeks. We declined, but he ended up hosting almost 25 people for a couple of weeks. It’s really nice to have a kind-hearted rich pal. When the zombie hordes arrive, we’re planning on staying with him.

That hurricane episode was the moment I realized what a big business providing security for the well-to-do is. Or as one sassy real estate broker put it in a recent press report, “the profitable business of paranoia.”

The deep-seated primal desire of the wealthiest among us for control, autonomy and protection has led to the development of some truly over-the-top luxury products. A good starting point might be installing a combination geothermal heat pump and solar array for $100,000 or more – that would get you to net-zero on your electrical needs, and therefore totally off the grid. An underground steel bunker with a gym would be a good accompaniment, at prices up to $5 million.

Not good enough? The more cautious could kick it old school like Richard Branson and buy an isolated Caribbean or Icelandic island (there’s one on the market right now for the fire-sale price of $8.5 million). Need to be close enough to commute to the office? The Wall Street Journal lists a 63-acre island on Long Island Sound in Connecticut, for the non-fire-sale price of $175 million.

The more adventurous and patient could wait for Blue Origin, Virgin Galactic or SpaceX to offer private spaceships for a quick getaway. But in the meantime, here are some other options. All of these are real, and while their cost is stratospheric, some might say that they’re invaluable:

–Submarine company Migaloo is marketing a customized man-made floating private island. Named the Kokomo Ailand, it’s like a luxury yacht on steroids: it features a three-story residence whose penthouse rises 80 meters above the waterline. It moves, but rather slowly: the maximum speed possible is 9 miles per hour. Add-ons include pools, decks, spas, a helipad, waterfalls, an outdoor movie theater, and a shark-feeding station. They’re working on a yacht-submarine hybrid so that in extreme situations, one can just disappear beneath the waves. One wonders what would happen if pirates attacked. But I’m sure they’ve got a plan for that.

–If you prefer to stay on dry land, in addition to the litany of items that my rich friend already has in place, you might consider additionally securing your perimeter with a new product from AirFence, Inc. The company has developed the ApolloSheild, a drone shield system that automatically hacks into the controls of unwanted drones and sends them back to their pilot, while allowing the “good” drones to continue on their way to your front porch. The product was inspired by celebrities trying to keep paparazzi drones out of their backyards (this is far more civilized than blowing them out of the sky with a shotgun). Add-ons include the ability to launch physical anti-drone devices such as interceptor drones and anti-drone nets. It’s on! For an additional fee, the system can be integrated with radar, security cameras and acoustic sensors. Bad drones don’t stand a chance.

–$90,000 will get you a Nice Architects “Ecocapsule,” an egg-shaped home with wheels, light enough to be pulled by a pack animal. It’s powered by wind and solar, and it has a working shower and sink. It’ll also charge an electric car, in case your donkey gives out. The only problem is that it’s pretty conspicuous, so when the aliens land, you’ll be really easy to find.

–For $60,000, Tend Building will custom-make a “Tiny Drop” solar-powered off-grid home on wheels. A cross between a camping trailer and a tiny home, it provides only 150 square feet of living space. But it’s mobile and sustainable, and it has both a shower and a fresh spring water sink. When the zombies arrive, you’ll get over your claustrophobia, don’t worry.

Maybe everyone has seen too many episodes of “Doomsday Preppers,” but relators and installers of home security devices for the well-to-do report a sharp uptick in business this year. Sales of safe rooms (also known as panic rooms) from a leading installer in Manhattan are up 30%, at prices ranging from $250,000 to $1.5 million. And a real estate firm in Idaho that specializes in selling 10-acre+ lots with sufficient fresh water and arable land (both required to live self-sufficiently) credited his 50% increase in inquiries to the Presidential election: “this happened in 2012, and it’s happening again now.”

I read an article last week about the spread of the Zika virus up the Atlantic coast – you can be quite sure that the luxury class is already investigating the new $250 mosquito trap profiled in the article, along with many other state-of-the art defenses against disease-carrying pests.

Back here IRL, where most of us can’t avail ourselves of these extreme luxuries, I sense tremors of anxiety that are manifesting themselves in other luxury items in various ways. For example, the new ubiquitous luxury footwear heel shape has gone from high and stiletto to low and chunky, making it far easier to sprint in your most fashionable shoes than ever before. Combat boots are a thing this fall. Ditto military jackets. Backpacks and cross-body bags are back, big time – it’s very important to be hands-free if you get into close combat.

I don’t want to declare that these are all clear signs that the apocalypse is coming – but it sure feels like the elites are getting ready to make a run for it.