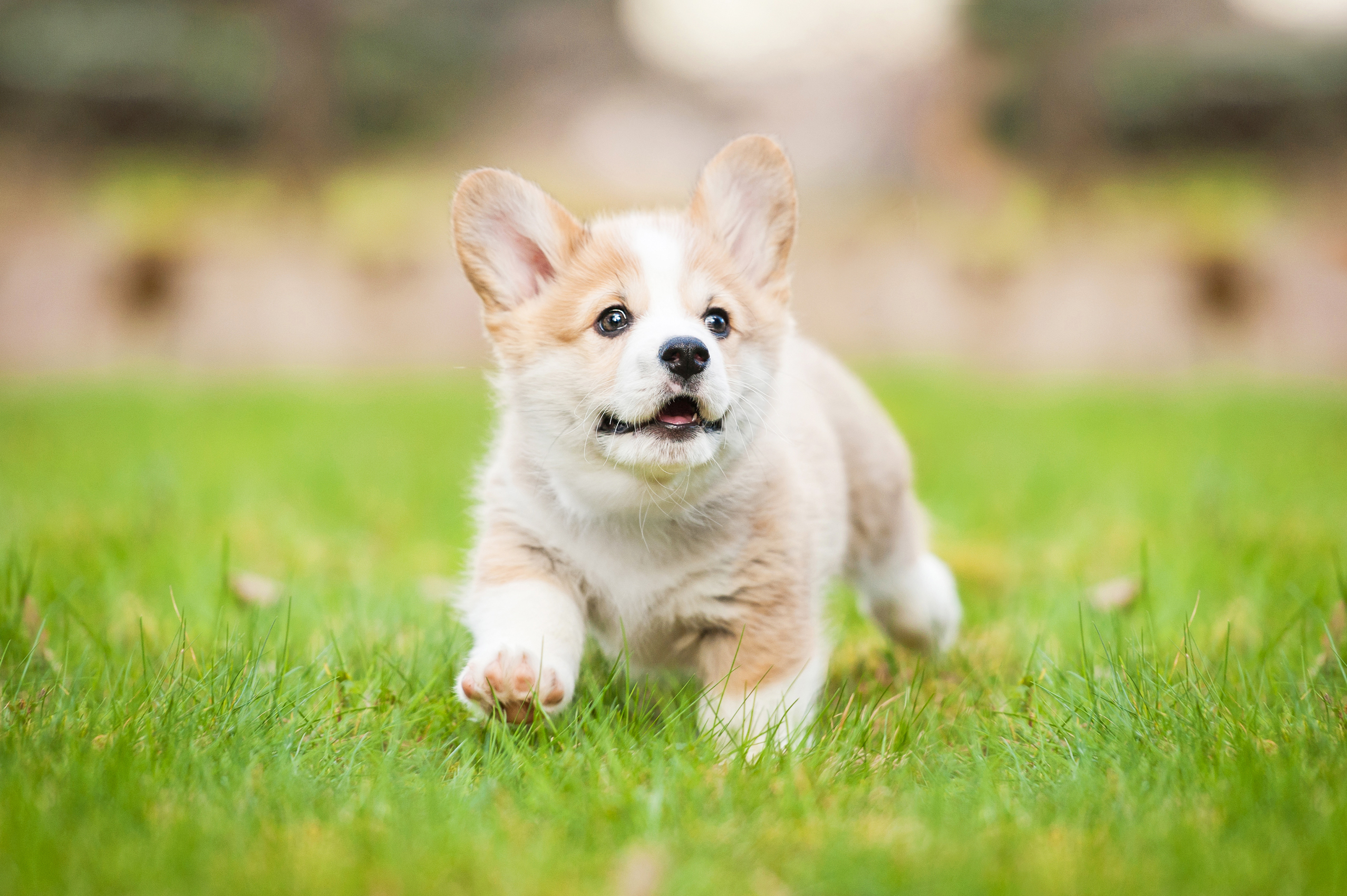 Well, I’ll be doggone. It turns out that dogs are a luxury good. Who knew? The wealthier you are, the more likely you are to own a canine. While 51% of American households own a dog, a recent survey by the consultancy Spectrem Group reported that of Americans with more than $5 million in net worth, 74% own at least one dog.  Need further proof? Beyoncé and Jay-Z just bought their first dog.

Puppy love is everywhere in the US. National Dog Day, founded in 2004, is celebrated every August 26th. The pet industry is the 7th-largest retail sector in the country, and it’s consistently grown at 2-6% a year, even during the Great Recession and its aftermath. Millennials are adopting more pets than their parents: according to GfK Consulting, 57% of millennial households own a dog. Nine in 10 pet owners see their pet as a member of the family. And as such, pets have influence on family decision-making: Petfinder.com reports that 16% of Americans buy cars with their dog in mind.

Tech and luxury companies, among others, have taken note, as pet parenting presents a significant business opportunity. There’s a rapidly-growing number of luxurious and tech-savvy ways to care for a dog in high style. How big a business opportunity is this? And what should well-heeled pet parents be spending to prove that they’re top dogs?

Let’s have a look.

Acquiring a dog doesn’t have to be, in and of itself, an expensive proposition. The Spectrem survey reported that rich dog owners are about equally likely to get their pets at a shelter as from a breeder. For those who opt for a purebred dog from a breeder, though, the sky’s the limit on what it might cost to adopt. The most expensive purebred breeds include Samoyeds and Cavalier King Charles Spaniels – which could cost $14,000 on the high end – and German Shepherds, which run $24,000 for a well-trained pure blood. Czechoslovakian Wolfdogs require a trip to the Czech Republic to adopt, and due to their scarcity, their starting price is $50,000. So far, the world’s most expensive dog appears to be a golden-haired Tibetan Mastiff puppy that sold in China a couple of years ago for $2 million (Tibetan mastiffs are still a significant status symbol in China, although this year the new craze is brown toy poodles; China is the third-largest dog-owning population, after the US and Brazil).

According to the ASPCA, American dog owners can expect to spend on average anywhere from $1,500 to $3,600 per year on their animals. But of course, one could spend a great deal more, depending on the owner’s lifestyle and the breed of dog. Human-style luxuries and medical care are the new norm for canines, with all of the attendant expenses and bling.

The first big step in the life of a pampered pup is training. Some pet parents are of the DIY school, but the wealthier ones tend to out-source this task (like skiing and driving a car, it’s probably best for all family members involved to leave the instruction to the professionals). In Manhattan, a professional dog trainer’s fees start at $100-200 per hour for private sessions, and go up from there. Training a working dog or a hunting dog costs exponentially more. If you do decide to go it alone, “The Dog Whisperer,” Cesar Milan, has numerous training materials online. There are also lots of free dog-training apps. And DogProblems.com is a place where dog owners can connect and share tips about behavioral issues.

The average pet owner spends about $250 per year on dog food. But it probably won’t come as a surprise that you can spend as much money on dog food as you’d like.  There are hundreds of brands of dog food, and as with human gastronomy, there are artisanal dog food manufacturers who use premium and sometimes organic ingredients for a gourmet price. How much money are we talking? Wysong Archetype Burgers are $71.70 for a 20-oz. can (that’s $2.13/oz. for those keeping score). Addiction Grain-Free Hunter’s Venison Stew is $123.00 for a case of 12 cans. If you need something to wash it down, Pet Pop sells vitamin-infused mountain spring water for dogs at $3.50 per bottle (that sure beats sipping out of the toilet!)

Veterinary care is generally one of the costliest aspects of owning a dog, and as vets increasingly employ human medical technologies, expect costs to continue to rise (vet-tech is becoming almost as interesting as med-tech in terms of attracting venture capital funding). Some dog breeds are prone to ailments that are likely to put them on the most expensive end of the health care cost spectrum. Pet parents of Bernese Mountain dogs, Newfoundlands, and English cocker spaniels should expect about $1,500 a year in medical costs alone. Wealthy dog owners tend to opt for vets who make house calls (because sometimes the hardest part of the visit is getting the dog to agree to go). A veterinary home visit in New York City runs about $300. The Animal Medical Center on Manhattan’s Upper East Side is the ne plus ultra of dog healthcare. Nurses report that “we get dogs helicoptered in here all the time,” bills can run as high as $50,000, and some of the treatments aren’t yet available to humans.

Perhaps as a result of the high cost of pet healthcare, there is a panoply of new “smart” offerings to monitor dogs’ health and wellbeing (56% of the dogs in the U.S. are overweight, so the need is definitely there). Voyce and Wonderwoof track your dog’s daily activity level. Tracy Trackers use artificial intelligence to monitor a dog’s health via a smart collar, and PetPace has a similar fitness tracker. ThermalTag is a collar-mounted device that alerts owners if a dog left in a car is getting overheated. If you have a 1:00 a.m. pet illness, Vetinfo.com is quick way to find out what your dog’s symptoms may mean, as is the PetCoach app. PawPrint is a web-based service that maintains and shares your dog’s health records with all healthcare providers.

When it comes to daily exercise, there’s a similarly large range of tech-enabled solutions.  Rover.com is the largest network of pet sitters and dog walkers; its newly-launched “Rover Card” is a report that the dog walker issues at the end of each outing that records what time they arrived home, a GPS map of the dog’s walk, a personal message from the dog walker, photos of the dog, and bathroom notes. Wag is an app to help you find a dog-walker, and the PawTracks app identifies your dog’s regular toilet patterns in order to shorten the walking time on a wet or cold day.

And of course, pet owners are not immune from the desire to be amongst their own kind, so cash-rich canines can join a members-only dog run. The Companion Club Dog Park in Columbus, Ohio has an annual fee of $395. The West Village D.O.G Run in Manhattan has a wait list of more than one year.

Pet parents understandably worry about security. Many have a chip embedded in their dog so that no one goes missing. Whistle is a pet tracking app to keep your dog from getting lost, and it provides access to multiple caregivers to facilitate hand-offs.

Pet loneliness, boredom and lack of activity are big concern for owners. Tech to the rescue! While you’re out of the house for the day working like a dog, either the PetCube, the Petzi Treat Cam or the Furbo treat-dispensing camera will enable you to keep an eye on your dog and reward them for good behavior. With a two-way speaker, a 4x zoom camera and night vision, you won’t miss a thing. PlayDate is a smart toy that lets you remotely play fetch with your dog from your smartphone. The GoBone moves around the floor on its own, inspiring the dog to chase it, chew it, make it squeak, or dispense treats. With an 8-hour battery life, you’ll be home before it runs out of steam.

For those with a bigger budget, or for pet parents who want their dog to have more social time with other dogs, there’s doggy daycare. The appropriately-named Yelp rates various facilities, and owners can opt for half- or full-day sessions, even if only 1-2 days per week. The cost can be as high as $40/day. Many are sufficiently lux to be described as country clubs for dogs.

But why not just bring your dog to work? The Society for Human Resources Management reported last year that 8% of American workplaces allow people to bring dogs to work, up from 5% in 2013. 9% of companies offer pet health insurance. The companies that permit this are the ones you’d probably expect: among them are Amazon, Google, and Etsy.

Being in the dog house doesn’t sound so bad when you examine the luxurious options available. Last year Samsung debuted its Dream Doghouse, a dog kennel with a hydro-pool, a treadmill, and an automated feeder. Total price? $30,000. That would have covered 9 months’ rent in my first apartment in Manhattan.

Last but not least, let’s examine the delicate topic of sleeping arrangements. The average adult dog sleeps 12 hours a day, and we all know the importance of letting sleeping dogs lie. Many pet parents may just invite their dogs to bunk with them, but if you opt for some privacy, the recently-launched ZenCrate (available on Kickstarter) has Wi-Fi, fans, music, a camera, vibration dampening, sound insulation and memory foam to ensure a peaceful night’s sleep for just $449. You lucky dog!