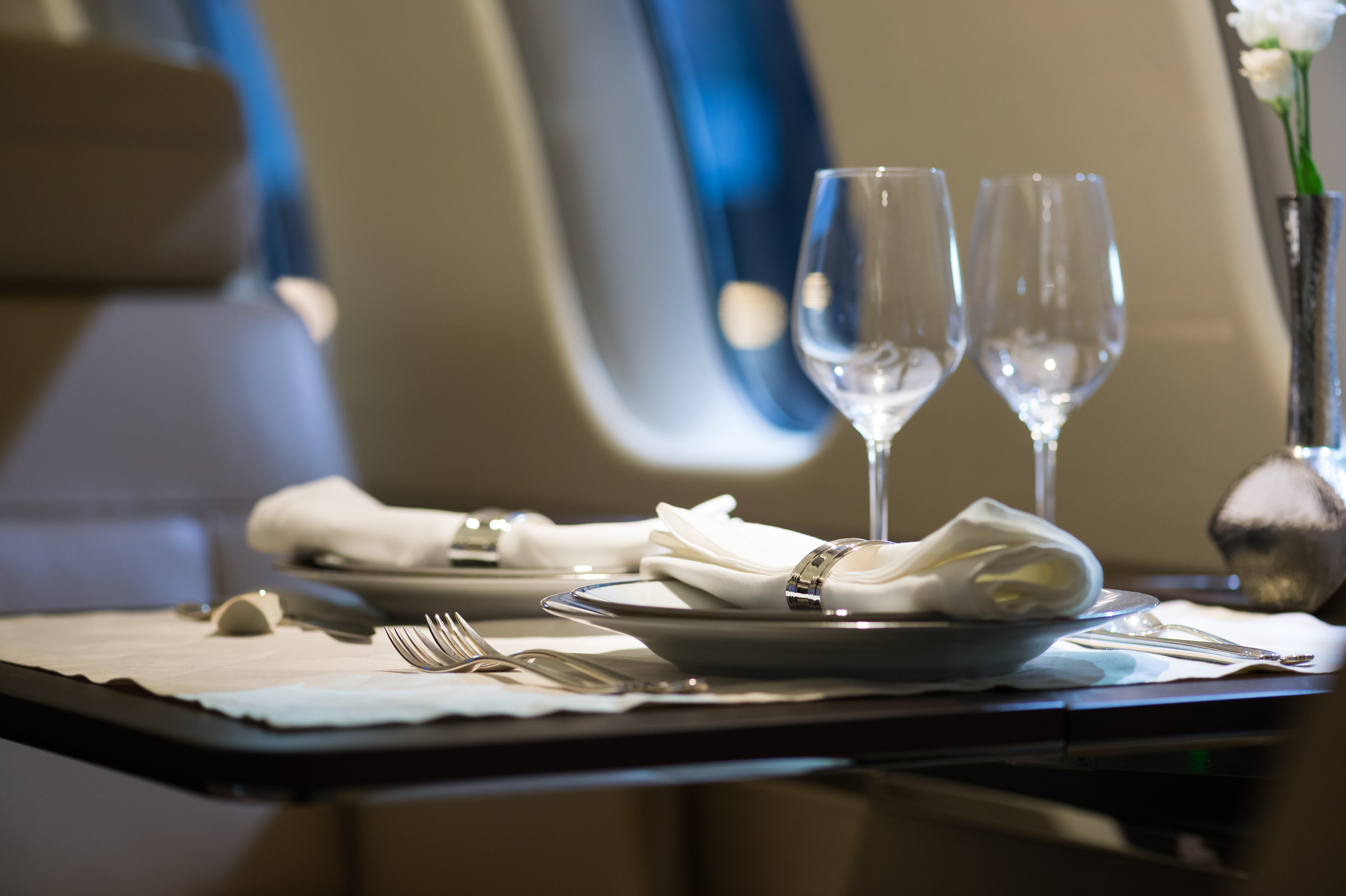 In the highest echelons of wealth, the very idea of flying commercial is a non-starter. This would have been the case a decade ago, and today, it’s without question something that the ultra-high-net-worth crowd will take a hard pass on. The traffic, the security lines, the ground delays – almost anyone who can afford to buy their way out of the hassles of commercial air travel does. And who can blame them? The stress level involved only seems to get worse with each passing day (we’re looking at you, LaGuardia).

The sharing economy has allowed more people to join the super-rich in opting out of commercial, which is a further step toward the full democratization of luxury: even if you don’t own your own private jet, you can get a fractional share with NetJets, or book last-minute on JetSmarter.

But whether it’s because we don’t want to spend $50,000 on air travel for a family vacation, or we have to use up our frequent flyer miles, or we’re traveling on a business trip and the shareholders don’t want us spending their money on private jet travel, sometimes even the richest among us have to fly – shudder – commercial.

I’m going to let you in on a little secret: I love flying commercial, as long as it’s the right airline. And I’m in first class. And I’m not alone in this view.

If you’re a working parent, you know you’ve confided it at least once to one of your friends: “I shouldn’t admit it, but I kind of love a long flight for business. The time in the air is the only ‘me’ time I get.” Even if you’re not a parent, it’s one of the few acceptable ways left in this digital world to just disappear for a while if you’re so inclined.

Here’s the thing: if you’re on the right carrier in the right class of service, and your travel companions are old enough to fend for themselves, I think there are few things more luxurious than being in the air on a commercial flight. You know that Seinfeld episode where Jerry is in first class being treated like a king, and Elaine is in coach, being tortured? It’s really like that.

In the front of the plane, the seats are comfortable and leather-upholstered, there are usually fresh flowers at your seat and certainly in the powder room, the flight attendants hover over you, fluffing pillows and folding blankets, the amenities kits contain wonderful luxury cosmetics, the food and wine can be 5-star and meals are sometimes made-to-order, and mercifully, the light level quickly gets adjusted so that you can sleep anytime you want.

There’s been a bit of an arms race among the best luxury airlines to provide the most over-the-top experience in first class. In 2014, Eithad launched “The Residence,” a luxury first class suite with three rooms, a double bed, an onboard butler, a leather sofa, two dining tables and a personal chef. Emirates launched its A380 first class onboard shower a couple of years earlier. A recent global survey of first class passengers rated Singapore Airlines as the best first class, followed by Cathay Pacific, Emirates and Eithad. I’d vouch for all of those, and I’d add Lufthansa (best sleep ever, they have totally separate beds in first), Swiss (outstanding service) and American (but only on their JFK-SFO or JFK-LAX routes). And I speak as someone who has traveled internationally three weeks out of every four for nearly seven years – trust me, I know what I’m talking about.

Not everyone shares my desire to be off the grid at 35,000 feet – in fact, a majority of people would rather remain as plugged-in in-flight as they are on the ground. A survey conducted by Inmarsat and GfK Consulting reports that 83% of the travelers they surveyed will choose an airline based on whether or not they can remain logged in for the entire flight. Honeywell’s Aerospace division found that 90% of passengers would give up other conventional in-flight amenities in order to get great Wi-Fi service. 60% reportedly said that having no Wi-Fi is worse than having a seat that doesn’t recline. 33% said they’d sit next to a crying baby rather than repeatedly losing their wireless connection. 20% said they’d give up their bathroom privileges for reliable Wi-Fi!

Seriously? Who are these people? Are they planning to bring a jar with them on the flight?

I guess you can tell where I am on this one: I believe that quiet is a precious luxury. That freedom from distractions, noise, and work are, too. Uninterrupted time to think, write, read, do a crossword puzzle, daydream, or sleep – these are all highly scarce resources on the ground. Even if it’s entertainment you’re after, binge-watching three feature films back to back is a guilty pleasure that is much easier to execute on a long plane ride than in your own home (on a plane it’s a private indulgence — at home on your couch, it just appears slothful).

This debate about whether the first class experience should provide passengers with a flying fortress of solitude, or a flying command center where no one can even tell they’ve left the ground, will undoubtedly continue. The “right” answer is probably that as with many other situations, some people want one thing, and some the opposite, and the smart luxury airlines will find a way to accommodate both.

In the meantime, my biggest issue in-flight? Too much luxury. Specifically: too many really delicious things to eat, and no ability to successfully resist. American Airlines has the best ice cream sundaes I have ever had – no matter how many times I try, I cannot say no to one. All I can manage is “yes, please, with extra whipped cream.” Ditto for their biscuits and fresh-baked chocolate chip cookies, the steaks on Cathay Pacific and the bread rolls on Swiss. Don’t need them, but really want them, and cannot resist them.

What I really need is some help resisting temptation. I love that some airlines are making it easier to walk around and lounge somewhere other than your seat in-flight (one could in theory run away from all the snacks). I really think they should offer in-flight treadmills, bikes and personal training. If Virgin can give you a manicure in the air, why can’t they offer some free weights and a cute trainer for motivation? Or host a Zumba class? The time would just fly by.

Luxury air carriers of the world, I hope you know that despite what some surveys say, some of us love kicking it old-school. We want seats that recline, and no crying from anyone of any age. And we definitely want a bathroom. If you have to do the Wi-Fi thing, OK, but can you send my office an excuse note? It’s not your fault that I didn’t answer the 100 emails that came in while we were making the journey. It’s just that I wasn’t feeling up to it. I needed some down time up in the air.

3 comments on “Up in the Air: Can Flying Commercial Be Luxurious?”