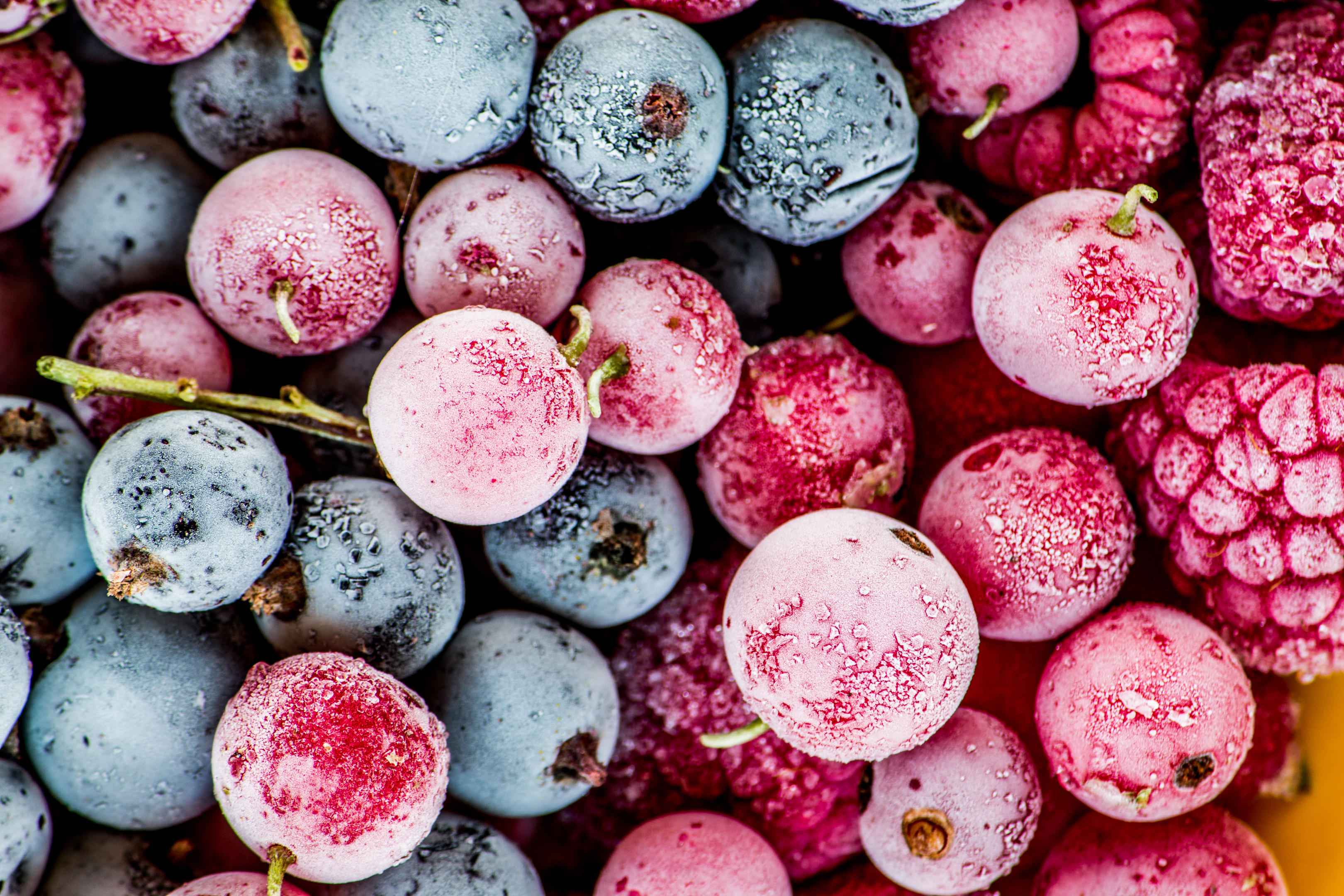 A headline crossed our desks recently that caught our attention: Business Insider reported that the Neiman Marcus “Fantasy Gifts” catalog this year features more frozen food than ever. The showcase offering is a stuffed pork crown roast for $410 plus shipping. Which made us ask: is luxury frozen food now a thing?

My fondest memories of frozen food involve the handful of weekends growing up in Detroit when my father and brother would go off to Boy Scout camp for a few days, leaving my mom and me at home. Our special treat was Swanson’s frozen meals for dinner. I have no idea why, but to me, this was the height of luxury. There were numerous choices; my favorite was the fried chicken. It came with mashed potatoes, corn, and an apple cobbler for dessert, each item in its own darling little tinfoil compartment. It smelled heavenly, and I thought it tasted great. When my mother and I would heat the containers up in the oven, set the table, and then sit down for our girls’ night together, I felt that it was one of the most wonderful meals in the world.

To my surprise, my childhood “luxury” frozen meals with my mom were the precursor to the current boom in true luxury frozen food sales. Frozen food is a $53 billion business in the U.S. alone, with 94% of American households consuming a frozen meal at least once a year and 64% reporting that their meals often consist of only frozen food. Sales at the low end are flat, but the upscale frozen food segment is growing. In the past couple of years, any stigma that might have once been attached to the idea of frozen foods – created, no doubt, by too many frozen fish sticks – seems to have been supplanted by the incredibly wide variety of gourmet frozen items now on offer at local specialty food stores, large grocery stores and online. Advances in food packaging, transportation and the rise of the web have fostered this growth, and you can now bring the world to your dinner table more easily than ever, even if you don’t live in a large city.

Here’s just a sample of what you can buy at your local supermarket in the UK, for example: a whole cooked frozen lobster, frozen sushi, and frozen exotic meats like crocodile, ostrich and kangaroo (I have zero desire to eat any of those three, but I guess if you’re going to do it, frozen is as good as any other delivery vehicle). Tesco positions their expanded frozen food offerings as a way to experience “authentic world foods . . . such as onion bhajis brought directly from India.” As Western consumers develop increasingly sophisticated palates, the idea of offering meals with very different flavor profiles, direct from other regions, sounds like a solid idea for revenue growth.

In the U.S., most grocery chains stock significant gourmet frozen meal options, and more arrive all the time. Luvo is recently-launched line of healthy upscale frozen meals that cites Derek Jeter as one of its brand ambassadors. Kraft Heinz has just launched its Devour Meals line of frozen foods with a luxurious-looking website featuring gourmet macaroni and cheese (with applewood smoked bacon! That can just never be a bad idea.)

The marketing for the Devour brand seems aimed at millennials, who may not have the time, space or inclination to cook every night. For the more settled crowd, who have families to feed and who entertain a lot, there are more and more gourmet frozen food options outside of the traditional grocery store channel (many at significantly higher price points):

·       Mail order: There is a plethora of fine frozen food options online. Williams Sonoma, Legal Sea Foods and Omaha Steaks have long been the gourmet direct mail business. They’ve been joined by sites like FoodyDirect.com, which was launched by a former Goldman Sachs investment banker. Their business model is bringing artisanal regional foods, like Texas bar-be-que or Michigan cherry pies, from specialty purveyors anywhere in the country via direct mail. Tastes of Chicago is a similar site, specializing in serving the Windy City diaspora who may be pining for local delicacies unavailable elsewhere. While not specializing in frozen food, many of these sites’ products arrive fully cooked and frozen.

·       Local door-to-door delivery: Meal delivery is a red-hot businesses right now, with numerous competitors jostling to get a fast gourmet dinner on your table. Most, like Grub Hub, are delivering hot food from local restaurants. Munchery delivers “chilled” food within a narrow delivery window so that items arrive needing some heat, but are not frozen (people swear by their microwaveable hamburger). A small subset of meal-delivery businesses allow you to order online and have frozen items delivered to your home that same day. These are regional businesses, so availability is a bit of a random walk, but Zone Manhattan, Schwan’s, and Five Star Home Foods all promise same-day delivery of frozen delicacies in case you decide to throw an impromptu dinner party and don’t have time to hit the local supermarket’s frozen food section.

·       Dedicated local retail stores: Initially a UK phenomenon, this trend seems to have jumped the Atlantic. Cook, a UK retailer, has over 60 stores throughout the country, as well as a website. Their product line is all upscale frozen items, like beef Wellington ($140) and pate. The Manhattan equivalent is Babeth’s Feast, launched in 2013 by one of the founders of Crumbs Bakery, where you can bring home frozen lobster risotto for $31.99.

Perhaps to pre-empt any guilt on the part of party hosts worldwide, the UK grocer Waitrose surveyed its shoppers, and one-third of them said that they’d be fine if they went to a dinner party and were served a frozen gourmet meal (this turns out to be a good thing, as it is already happening. Last year when Nestle USA surveyed Americans, 25% of them confessed to having passed off frozen meals as their own cooking. Related fun facts: 14% admitted to “accidentally” taking a co-worker’s frozen meal in the workplace, and 44% said they often find a UFO (Unidentifiable Frozen Object) in their freezers).

Personally, I love the idea that if you’re pressed for time and you just want to get your pals or your family together for a nice meal, this is a way to do it with no intensive prep time, and no pots and pans to clean up afterward. For a working parent, this is pretty darn luxurious, and if the food tastes good, so much the better. Ditto if you are hosting a big holiday gathering and you actually want to have the energy to talk to your guests instead of being stuck in the kitchen.

I wonder how much of this growth in upscale frozen foods is due to all of us having to live our lives at digital speed. Preparing a gourmet meal from scratch is a hugely time-consuming activity. A San Francisco start-up called Kitchit tried to address this need by being “the Uber of personal chefs” – you could book someone to come to your home and prepare a full meal in your kitchen on reasonably short notice. Sadly, it failed, as did Spoonrocket, Dinner Lab and Kitchensurfing, all of which offered the same concept. There remain a host of web-based companies like Blue Apron, Sprig and Plated that will deliver recipes and pre-measured fresh ingredients so that you can cook your own meal with a lot less prep time. But even that’s too slow for some of us – we’re on microwave time. We’ve become so conditioned to wanting immediate gratification that the idea of waiting for a roast to cook seems like a relic from another era.

There’s a time and a place for everything, and it is really great to have the option of fast gourmet food delivered straight to our homes, whether fresh, chilled or frozen. But let’s hope that these modern options don’t ever fully replace the joys of an actual home-cooked meal. That would be the ultimate freezer burn.