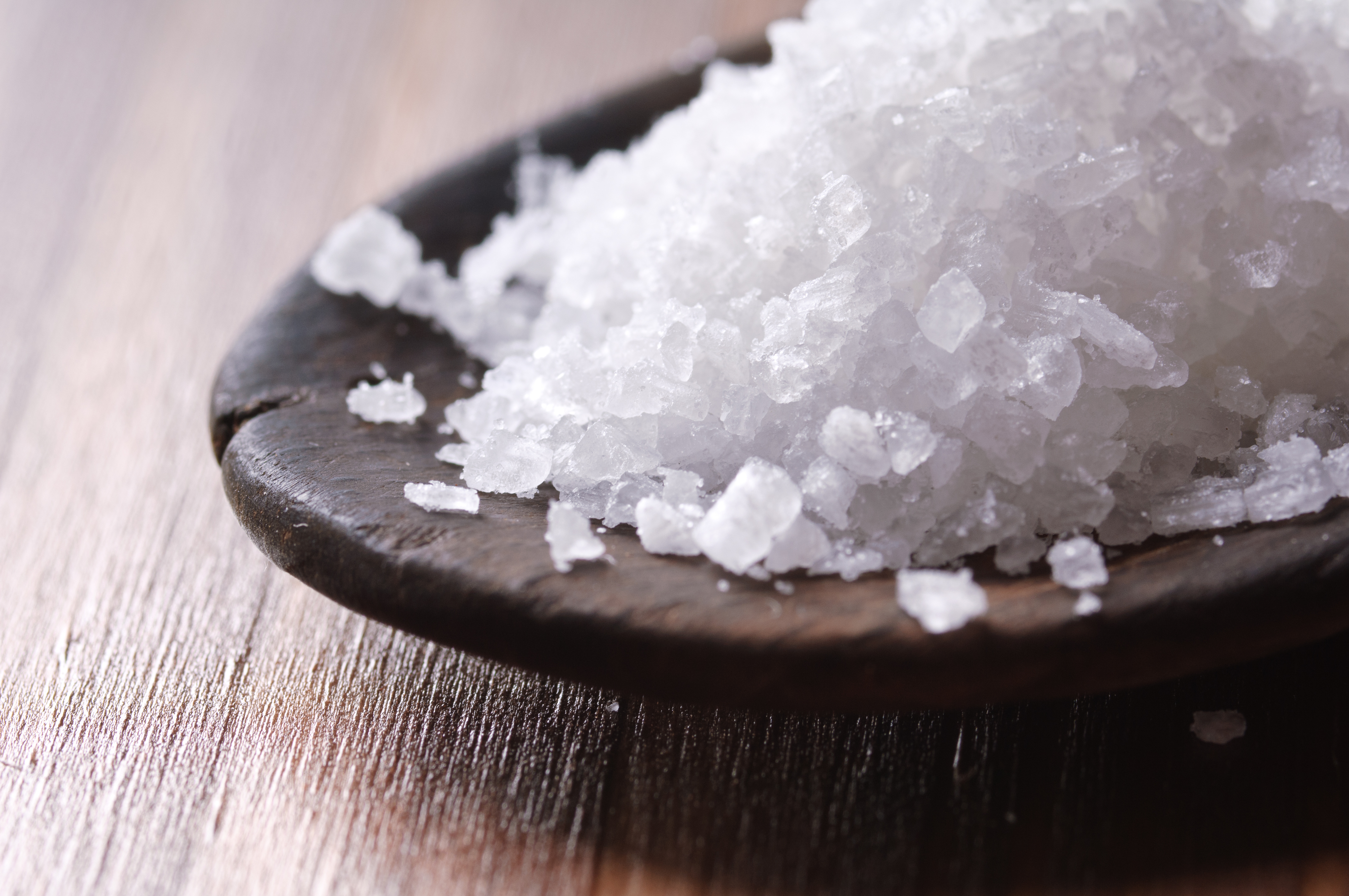 As you probably already know, the phrase “salt of the earth” refers to a person who is grounded, sensible, reliable, trustworthy, and rather modest. It’s one of the highest compliments one can pay to a Midwesterner or a Southerner, at least in my family.

Character traits aside, growing up in Detroit we viewed salt the way we viewed oxygen – as necessary to life, but not worth paying for. The canister of Morton’s salt with the blue label and the iconic phrase “when it rains, it pours” still reminds me of my mother’s kitchen. (I never understood the point of that tag line, by the way. Why do we care if it pours when it rains? Are people like, standing outside eating fries in the middle of a storm? Turns out that in the early 1900s, salt got all clumped up when it rained, and the free-flowing abilities of Morton brand salt under even monsoon conditions was a huge selling point at the time. But I digress.)

Somehow, in the years since my childhood, simple salt has taken its place in the pantheon of luxury goods. Did you know that there was such a thing as luxury salt? I was completely ignorant of this fact until a friend told me that he really loves salt and that in fact he has a website that supplies him with extremely rare varieties. (Actually, it sounded a little bit like having a drug dealer the way he described it – he gets me the good stuff, that sort of thing).

I honestly thought that he was pulling my leg, but no. It exists. It turns out that like everything else in life, you can spend as much money on salt as you want to. And you don’t have to leave your house. The world of salt is at your fingertips on the web. (And I assure you, these are all facts; you don’t have to take that statement with a grain of salt. Do you know where that phrase comes from? Apparently, in 77 A.D., Pliny the Elder translated an ancient antidote for poisoning thusly: “Take two dried walnuts, two figs and twenty leaves of rue, pound them all together, with the addition of a grain of salt; this is proof against all poisons for that day.” A grain of salt will protect you, it makes food easier to swallow, and the phrase is a reminder to remain skeptical when you hear random statements that sound like fact but may not actually be true. Like stuff you read on the Internet. But again, I digress).

I have to confess that once I started exploring the world of salt, I got hooked. First of all, the product names are elegant and evocative. Persian Blue Diamond Salt Stones. Pangasinan Star Sea Salt. Fumee Del Sel Chardonnay Oak Smoked Sea Salt. Who wouldn’t want to taste that? Actually, who wouldn’t want someone to whisper those words in their ear?

Second, the product descriptions are magical. Peruvian Pink Spring Salt “comes from a natural spring located 10,000 feet high in the mountains of Peru.” Bali Pyramid Salt’s “coarse grain ‘hollow pyramids’ crystals are the natural product of the cool, windy days marking the end of the monsoon rains.” Icelandic Lava Flake Sea Salt is “produced in a small bay in the peninsula of Reykjames.” I wanted to visit each of these places immediately upon reading the product descriptions.

Finally, the prices surely signal luxury. Amethyst Bamboo salt can be yours for $38.50 for a 1.2 ounce jar. That Icelandic Lava Flake I mentioned? $67.00 for one pound. Pangasinan Star is a relative steal at only $64.00 a pound. That’s like 35 cents a shake.

Still, I can imagine the pleasure that using such a product would generate. Understanding the origin, the terroir, the craftsmanship, and the scarcity would release all those delightful luxury pheromones. And what great stories one could tell at dinner parties when these were being served!

I’m not committing to getting my own salt supplier just yet. But I get it now. Luxury salt is not such a flaky idea after all.

2 comments on “Who Knew that there was such a thing as Luxury Salt?”